Flock Of Dimes: “Music is the only way I know to process my feelings fully” – Interview

Wye Oak’s Jenn Wasner discusses Head Of Roses, her new solo album under the Flock Of Dimes name, and reveals how heartbreak led to her finding comfort and purpose in music 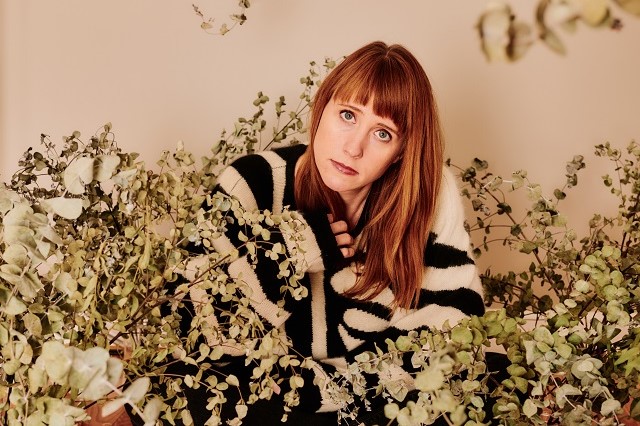 The main context for Jenn Wasner’s musical career to date has been as the vocalist of Wye Oak, a musical partnership she has successfully nurtured with fellow Baltimore native Andy Stack since 2007. Their journey over the subsequent years has seen them move forward confidently, refining their strengths while taking the occasional creative left turn along the way.

One unifying element however has always been how little they’ve seemed to hold back over the years, whether musically, lyrically or just personally. The sense of full, unwavering commitment to the cause has always been evident within the music. The band’s current Twitter bio of “we feel things and make sounds about it” might be self-deprecatingly reductive but also reconfirms how foregrounded the concept of pure emotional expression is within their music .

Flock Of Dimes is Wasner’s solo project and she’s just about to release Head Of Roses, her second album under that name. It sees her continue this approach in arguably her most open and unguarded style yet, with a collection of songs that try to process the ending of a relationship, find closure and move on. During our conversation she talks thoughtfully and eloquently on her relationship with music and the different things it brings to her life, often expanding into broader subjects like self-knowledge, personal identity and the process of communicating human feelings.

Ahead of the album coming out she confesses to feeling “really excited but also pretty terrified on a level I haven’t experienced before – it’s a very vulnerable feeling record for me on a number of levels”. The album was written in the space of a couple of months in the first half of 2020, just as the pandemic hit and it sounds like a particularly tough period in her life. “I tend to generally work quite fast,” she explains, “but with this record it was on a different level because I was forced into a situation where I was contending with a lot of pain and I was not able to reach out to any of the coping mechanisms that I had established for myself in the past. It was this confluence of a number of different factors all hitting at once so I really didn’t have anything to do other than try and process that through making songs. When you only have one way to find comfort and security and you have a lot of time on your hands, it turns out you can write a lot of songs in a short amount of time”.

When she’s faced with difficult circumstances like the break up of a relationship how natural an outlet is music for her? Does it feel an obvious place to go to? “I guess you could call it an addiction. It’s the only way I feel I know how to process my feelings fully. One of the things I’ve been learning when making this record is that thinking about feelings is not the same as actually feeling feelings. I think I’m very good at intellectualising concepts around feelings and relating to others, but there’s been this disconnect for me, this divide between the way that I think, and the way that I feel in my body. Music is the thing that bridges that gap”.  Later, she namechecks the likes of Neil Young, Joni Mitchell and the Cocteau Twins as artists that have been important in helping her through other difficult periods of her life while also revealing she’s been listening to a lot of Aldous Harding this year.

Does she ever question how much of her personal lived experience to put into her music? Does she find channeling that emotion difficult? “It’s not that I don’t feel discomfort around the idea of sharing those parts of myself with other people, but I feel like it’s kind of the point. When I create something and it helps me feel better, I know it has the possibility to find other people and do the same for them. I feel like it is this universal law. I don’t want to keep this to myself even if I do feel uncomfortable, vulnerable and embarrassed. Those are the things I want to offer up to other people”.

The press release made reference to the album being about heartbreak, but from a dualistic perspective, specifically “about the experience of having one’s heart broken and breaking someone else’s heart at the same time” which in the context of break up albums feels like a less explored concept. Was capturing that perspective an important consideration for her?

“I was very conscious of it. I had broken someone’s heart and soon after was getting my own heart broken. When you’re experiencing a lot of pain it’s tempting to construct a narrative to try to protect yourself, but it’s not really possible for you to do that when you’re hyper aware that you are a recipient of pain through someone else’s choices, but you are also the source of that for another person that you care about. For me what was so special about making this album was learning to feel compassion for myself, even knowing I was the source of pain for someone else. As I feel compassion for my own self it allows me to better feel compassion for the suffering of others, and that can expand outwards into being able to feel compassion for the suffering of the world.”

“I’m always going to need outlets for my own semi-autobiographical, personal expression but sometimes it’s a relief to be able to make music in service to someone else’s vision”

Did the slowing down brought about by the pandemic help shape the album? ”Absolutely, there are things about ourselves that we can avoid seeing when we’re moving too fast. It was a forced slowing down at first, it wasn’t something that I was thrilled to do, I initially rejected it with every bone in my body. There’s a tremendous amount of collective grief that comes along with the sort of event we’ve experienced, but it broke something open in me in a way that I had been avoiding, one that made me more in touch with the person that I am and the artist I want to be”.

2020 might have been defined by the pandemic but it also proved a productive year for Wasner. On top of writing the songs that were to make up Head Of Roses she also released the Like So Much Desire EP under the Flock Of Dimes name, as well as the No Horizon EP as part of Wye Oak. It feels like she’s always creating, her projects constantly overlapping. “I would actually like to learn how to do that less. One of the reasons I have multiple outlets is because I want to be able to create and release music quickly. I don’t like sitting around and letting things get too stagnant for too long because I want to move on to the next thing. That’s the most joyful part of the entire experience for me.”

Her music has bounced around stylistically over recent years. When she writes a new album or EP is there any sense in it being partly a reaction to what she did previously? “Usually that’s a primary motivating factor but with this record it was just a case of wanting to make something to try to soothe myself, just trying to make something and be comforted and healed by it. The thing that I’m zeroing in on, at this stage of my career at least, is less on how I can show everybody all the different things that I can do and more like how I can make something that is fundamentally true. I want to make art that is generous and connects with people and is less about constructing a veneer of cool.”

The last Wye Oak EP saw the band work with the Brooklyn Youth Chorus, but for Head Of Roses she worked with musicians she was closer to, including the likes of fellow Wye Oak member Andy Stack, Meg Duffy (Hand Habits), Matt McCaughan (Bon Iver/Lambchop), and Adam Schatz (Landlady) with production coming from Nick Sandborn (Sylvain Esso). How important is working with others for her?

“Yeah, collaboration is a really big part of the puzzle for me,” she says. “I’m always going to need outlets for my own semi-autobiographical, personal expression but sometimes it’s a relief to be able to make music in service to someone else’s vision. I’ve put together this strange ecosystem of a career that allows me to exist in a number of different ways. I’ve always been drawn to a lot of different musical personas. My music can be hard to pin down because I really love to experiment in trying on these different aesthetic approaches, but sometimes it’s hard to understand how to group that under one big cohesive umbrella. This record has something of a mixtape quality that encapsulates all of the different sides of my musical personality. If you have a bunch of tools in your toolkit, why not use them?”.

She might have experimented over the years in terms of using more synths, but the guitar on Price Of Blue it feels like a line can be traced back to some of the defining moments of her career, tracks like Civilian and Lifer. What sort of relationship does she have with that instrument?

“It’s a little complicated. Its importance of it to me feels a little bit outsized in a way that doesn’t feel entirely separate from some of the dark ideas we have about what women culturally can and cannot do. I have certainly had moments where I feel I want to distance myself from it but I also feel like it’s an instrument that I connect with. Creatively it’s very fruitful as it’s so malleable, with all these alternative tunings and having a familiar framework that can be shifted. In other ways it’s the least fun instrument for me, there are so many other instruments for me that feel more physically enjoyable to play than the guitar”.

It feels like the last year has resulted in more self-reflection than ever before. How important is the concept of identity to her? Is her music the main way she wants to be understood as a person?

“Of course it’s important for me, I’ve dedicated my whole life to it but I also think it’s unhealthy for it to have an outsized role in my life. Part of what’s been so tremendous about this year has been learning to accept and to love myself when the thing I’ve used to define myself through my whole life gets taken away. Also, it doesn’t have to be one or the other right? It is a huge part of what I do and it gives my life meaning, purpose and joy but there’s so much more to who I am as a person and it can be hard to hang on to that sometimes.”

The process of making Head Of Roses seems to confirm this, marking her out as an expressive artist able to create affecting songs, but also one that is able to look beyond music’s regular confines towards broader concepts and understand her own position within them.

Head Of Roses by Flock Of Dimes is out through Sub Pop on 2 April 2021. More information can be found here.

Flock Of Dimes MP3s or CDs

Flock Of Dimes on Spotify