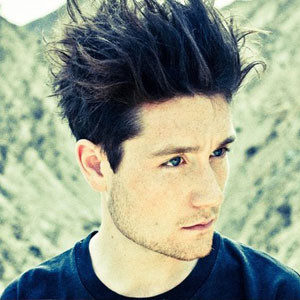 The rise of Bastille over the past few months has been one of the biggest music success stories of 2013 so far. The first two official singles from the London four-piece almost went under the radar, while third single Flaws debuted at Number 21 in the charts. However, since the turn of the year, Bastille have seen their fourth single Pompeii reach Number 2 in the charts and their debut LP, Bad Blood, go straight to Number 1 following its March release.

It’s quite a turnaround for a band that started life as the solo project of lead singer and songwriter Dan Smith. After deciding that he was uncomfortable performing solo, Smith formed Bastille in 2010. The band, named after the French national day of the same name, was completed by bassist Will Farquarson, Kyle Simmons on keyboard and drummer Chris Wood.

It wasn’t long until Bastille were announced by EMI as one of its new signings to Virgin Records. Since then the band have been on a steady climb up the charts, with the help of a collection of soaring rock-pop anthems and a lot of Radio 1 airplay. Inevitably, the quartet have quickly built up a passionate and obsessive fan base, something that is obvious to see from the close to hysterical reaction Bastille receive when they play live.

Yet while speaking to Smith before the band’s headline show at the Bristol Academy, one thing becomes immediately clear – the band still can’t quite believe what has happened to them over the last few months.

“We just feel like competition winners,” says Smith. “We really didn’t expect any of the success that we’ve had in the last few weeks, but the Bad Blood Tour has been quite a nice distraction from all that other crap.”

Smith may be struggling to comprehend Bastille’s recent achievements, but after watching him lead the band at the Academy in front of an adoring crowd, he appears to be much more comfortable performing live. Kicking the set off with the joyous Bad Blood, the four-piece were in fabulous form, sounding just as slick and anthemic as they do on their debut album. In fact, rarely has a gig felt more like a celebration, with the crowd belting back Smith’s lyrics with emphasis throughout the show.

Bastille’s brilliant covers of Corona’s club classic The Rhythm Of The Night and City High’s hugely popular What Would You Do were also a masterstroke, converting anyone who may have been on the fence about the band beforehand. The covers also spoke volumes about Bastille’s own material, which fitted in seamlessly – and if anything, outshone them. Songs such as Overjoyed and new single Laura Palmer sound destined to fill much bigger venues than the Academy.

Such has been the transformation in fortunes for Bastille recently, it’s no surprise to find Smith reflecting on where the band were last year. Indeed, much has changed for the band since their last performance in Bristol, when they took to the stage at the 2012 Dot To Dot Festival. “It was probably the biggest gig we had done at the time, so it’s nice to return under slightly different circumstances,” he reflects, modestly.

Did he really not expect the band’s euphoric, emotive anthems to make an impact on the charts? “We didn’t expect any of it, we certainly weren’t thinking that the album would go to Number 1. We were as surprised as anyone else, to be honest. Quite a few people pre-ordered the album, so I hoped that it would maybe make the Top 20 in the chart – which we would have been happy with – but to go straight to Number 1 was just nuts. I’m not stupid, we signed to a major label, so they expect us to do well, but our expectations were still quite low.”

The way Smith talks about Bad Blood reaching the top of the charts, you’d imagine that it was the most surreal moment the band had experienced so far. Not so. “We were invited by the British Museum yesterday as they have a new exhibition on Pompeii, which is something I never imagined happening,” Smith says with a sense of boyish excitement. “Stuff like chart positions feel like they are happening to someone else, so I prefer things that are tangible like that. It was great fun.”

While he may not come across as overly concerned about where Bastille’s songs land in the chart, Smith is actually something of a perfectionist. “People always seem to like Pompeii and Flaws, but I try my hardest with every single song and make sure they are all as good as possible,” Smith explains. “We never really think about chart positions when putting out the singles and EPs, it’s more about making sure they reflect the different things that we are trying to achieve.”

So does he prefer being in the studio recording the songs or playing them live? “I’m more comfortable in the studio and I would say it’s my favourite thing to do,” he says. “Playing live has really grown on me, though, and we have been so blown away by the support we have received throughout the tour.” Despite admitting to being quite nervous about performing on stage, Smith later shows a new found confidence at the Academy by venturing into the crowd during a rousing version of Flaws.

He may be quite pessimistic, but during the gig Smith was an energetic and engaging frontman, performing with the sort of assurance that only comes with success – whether he likes to admit it or not. “The great thing for us is that the tour sold out a while ago, so I feel like everyone who is coming to these gigs has been a fan of us for a little while. They know more than just two songs, which is nice considering how things have got a bit weird in the last few weeks with Pompeii and the album.” What Smith regards as being a ‘weird’ few weeks is surely just the beginning for Bastille.

Bastille’s debut album Bad Blood is out now through Virgin.