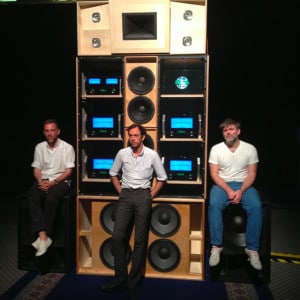 When DFA Records boss, producer and DJ James Murphy turned off the lights on his LCD Soundsystem party in 2011, few would have predicted they’d see him jump to host wine tastings, rock the decks of a cruise ship or create his own blend of coffee. And while he’s been busy getting away with indulging his every whim, he’s also lent his ear to create a megawatt soundsystem for a radical, completely analogue, club night called Despacio.

Dreamed up by Murphy and the Belgian-born Soulwax  / 2manyDJs brothers David and Stephen Dewaele, the 10,000-kilo audiophile monster was first unleashed on the public at the Manchester International Festival in July. And while Murphy may be an avuncular, paunchy, greying version of his younger rebellious self, the night turned out to be a unifier of disparate strands of a Manchester crowd looking for a good tune and a boogie.

Now, the trio’s Despacio soundsystem is set to call into port in Hammersmith on Thursday for three nights (December 19-21) during which punters can enjoy the Grade II-listed Swedish Art Deco architecture of Hammersmith Town Hall while sampling all of the eclectic LPs the chaps have dug out of their closets and dusted down.

“We did three nights in Manchester – and we took 800 records!” David Dewaele says, with a hearty laugh. “Some were pressed solely for our night. We like to slow stuff down from its original speed – and that’s what Despacio means, something that is slow or gradual. We like to play a bunch of disco and post-punk stuff, some Kraftwerk too, but also a lot of dance music. We’re pulling out the oddities from our personal collections that we often don’t get a chance to play. Most of the tunes run from a leisurely 85-105bpm, peaking at about 120bpm, so we’re slowing it down a bit.” 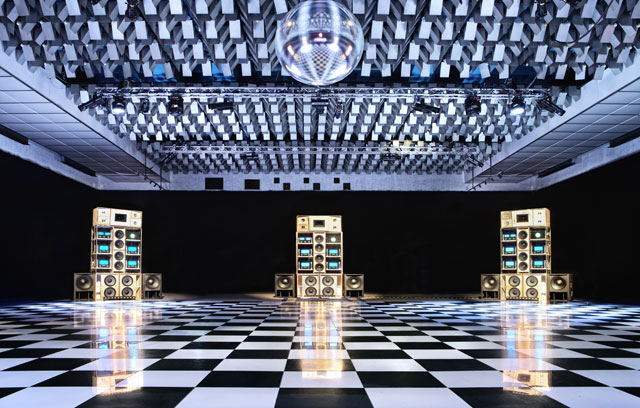 Hammersmith Town Hall is an odd choice by any means. While it’s renowned with ballroom dancers for boasting one of the finest-sprung dancefloors in London, it’s also more likely to be hosting ceilidh bands than superstar DJs. However, David says the venue made perfect sense for the night. “We looked at a bunch of venues. But it was love at first sight with the town hall! Everything made sense. It has a history and it’s not normally used for this type of event. It has the perfect dimensions – both for the number of people we wanted and for the sound. And it’s a good size, which is a big deal for us. It’s a unique kind of soundsystem, as we bring in all of the essentials to make it a club. There seemed no point finding a traditional club venue and then require them to remove the soundsystem, DJ booth, monitors, etc.”

The team of Murphy and the Dewaele brothers is a curious one. But the explanation from David made it sound rather simple, as he recounted how the Despacio project got off the ground: “We’ve been friends for a long time. We were certainly at the first 25 LCD Soundsystem gigs, either playing with Soulwax or DJing, and we’ve worked on a lot of music stuff. Then, two years ago, James decided to end LCD Soundsystem. We hated the idea! ‘What are you doing – you’re an idiot!’ we told him. So we had a chance to work on some new projects together at least, and we wanted to make music and DJ together. The Despacio soundsystem was James’ idea. Kind of like in Spinal Tap – we drew it on a napkin and gave it to our managers. We had a proper sense of victory when we played for the first time in Manchester. It seemed like it shouldn’t be able to happen – but here it was!”

Designed with the technical assistance of American audio experts McIntosh, the 50,000 watt-soundsystem is double the power of the famed Grateful Dead ‘wall of sound’. Arranged across seven stacks – with one unusually positioned in the middle of the room – each are 11 feet tall and surround the audience with their 4.5 tonnes of amplification. Or as David aptly puts it: “It’s ridiculous. It should not exist. It’s odd in the sense that there is no digital alignment – which creates a very physical experience as there are certain pockets where the music will sound different. And in the middle of the room you will hear the sound coming from all different directions. You can have a conversation on the sides of the room, but when you are in the middle it definitely gets more intense. It’s about FEELING the sound.” 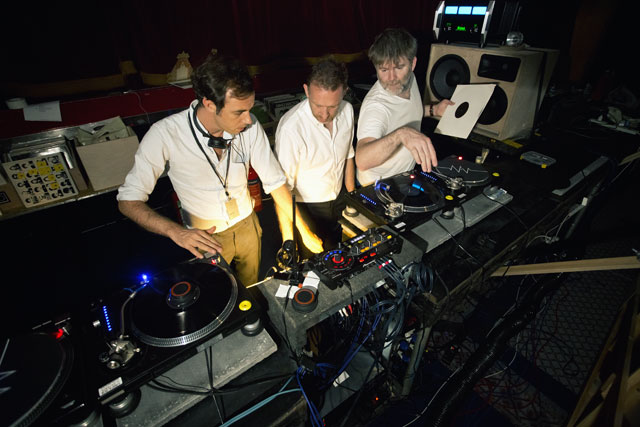 While it sounds intimidating, David saved his broadest smile when he described the trio’s very inclusive mission for the world of the dancefloor. “We just wanted to play together! DJ together! We all felt something was missing in contemporary club culture,” David said. “This is not a declaration of revolution – we have no problem with dance music, but our Despacio night is based on what WE wanted to hear. We play every weekend all over the world and it’s impossible not to notice that clubs are cutting corners – and when they cut corners it’s the sound that often suffers from the lack of investment. Regardless, the sound always seems to be geared towards a certain type of music. But we wanted to play a mix of genres and ages of music – whether it’s from 1973 or 1993.”

This won’t be the last klaxon call you hear from the Despacio crew; they’ve got big plans to take the soundsystem across the globe. But the one place they still haven’t conquered is the European clubbing capital of Ibiza. “We haven’t had any interest from clubs there yet – it’s our secret hope,” David admitted. “We can take it anywhere. But right now it’s the polar opposite of what’s happening in Ibiza. That said, it’s nuts to travel with. If we wanted to ship it to Australia it would take 3.5 weeks. Most DJs get on the plane having packing a USB stick, some headphones and a laptop. Which is fine, but if you have the chance to do a soundsystem like Despacio, you must seize the day!”