Jamie Cullum: “I’m doing what I want to do. No-one’s manufactured me” – Interview 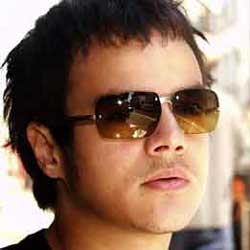 To say that the last few months have been a whirlwind for Jamie Cullum would be an understatement on a par with saying that Gordon Brown likes stealth taxes.

From funding his own CDs to a £1m record deal; from being a nobody to playing at a private party for the Queen (an experience he describes to us as “surreal and very incredible”); from quietly going about his business to having to do eight interviews in two hours (we’re his ninth): one could say that Mr Cullum is somewhat in demand. But is he still finding the TV appearances and endless PR exciting?

“I must admit, I am. It’s kind of easy in a way because I’m doing what I want to do. No-one’s manufactured me. I’m just grateful to get the chance to be who I am and have it pushed in this way. It’s quite incredible really.”

PR spin is one thing but one of the quotes that has followed him round like a bad smell is that he is “the David Beckham of jazz”. We wonder if he can relate to that quote in any way and it is clearly something that exasperates him, albeit mildly.

“Into FOOTBALL! So maybe they’re hoping that people might get into jazz through me somehow… And you know, being compared to one of the greatest footballers in the world is certainly not a bad thing.”

“Being compared to one of the greatest footballers in the world is certainly not a bad thing.” – Jamie Cullum on being known as “the David Beckham of jazz”.

And with Mr Posh Spice being rich and good-looking, presumably that can’t hurt either?

“I think the looks thing is a little off! And the riches, currently!”

This may be true, but with Twentysomething currently riding high in the Top 5 of the album charts, it shouldn’t be too much longer before Jamie is able to afford a sarong.

Although on one level the success of Twentysomething is unsurprising given the marketing behind it and, more importantly, the fact that it’s a fine record; on another level it is a surprise to see the generally jazz-averse UK public rush to embrace it. Does Jamie feel that he’s on a mission to, well, “educate” people in the qualities of jazz and easy listening music?

“Well, there is an element of that but I’ve got to be careful because what I’m doing is not straightforward, 100% jazz. What I’ve tried to do is make an album where jazz is at the bedrock, but really it’s a pop album. I wanted to make an album that loads of people could listen to and enjoy; that didn’t alienate people; that was fundamentally easy to listen to; but had some intelligence, some creativity and some deeper stuff in there. And that’s what I think I’ve done.”

“There are certainly some real jazz tracks on there and hopefully, because they’re embedded amongst all the other stuff, people might hear them and go, ‘Wow, actually this jazz lark isn’t quite as boring as I thought.'”

“I’d be worried if I was put in the same category as Michael Bublé… I’m trying to sound like a young man, for starters.” – Jamie Cullum on being compared to the Canadian crooner.

With Jamie, mega-selling Norah Jones, and the Canadian neo-Sinatra Michael Bublé, all hitting the big-time within a year of each other, we could almost have a new musical movement on our hands. “Nu-jazz”, anyone? Jamie isn’t so sure, especially when it comes to comparisons with the mountie crooner.

“I’d be worried if I was put in the same category as Michael Bublé, to be honest, because I feel like I’m trying to sound like a young man, for starters.”

Miaow! Rest easy, however, there’s no Giants Of Easy Listening feud on the horizon as Jamie clarifies his views:

“Michael Bublé’s great but it’s a different kind of thing. It’s something I’m trying to steer clear of in a way: that “re-creation” of something… Michael’s not really doing anything new but what he does he does really well. And Norah is just singing beautiful songs in a beautiful way so you can’t knock that. I like both their albums.”

“I think she’s got an amazing voice and… if you strip it away from all that production she’d be able to sing great jazz.” – Jamie Cullum explains why he wants to work with… Beyoncé!

Message received. And Norah Jones is not the only modern artist that Jamie likes. When asked who he would most like to collaborate with, if it were possible, the response is instantly, “Miles (Davis), because he was such a great innovator. He never rested. He always sought to improve himself, to do things differently. He never repeated himself.” However, when asked which current artist he’d like to work with, his answer is considerably more surprising, particularly as the response is equally instantaneous:

“Yeah, I think she’s got an amazing voice and I think if you strip it away from all that production she’d be able to sing great jazz.”

The mind boggles. Thankfully, Jamie’s ambitions for his career stretch beyond working with scantily-clad divas, although they are typically understated:

“To really improve as a musician and as a songwriter – that’s it. That’s my number one ambition and that will never change… If I’m writing better songs and I’m playing better piano and singing better – that’s how I gauge my success.”

Well, if that’s the scale then he’s pretty much made it already…