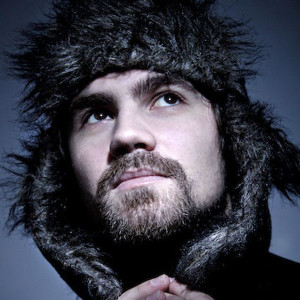 Kit Downes crosses his legs beneath him on the futon in a sage-like attitude. It’s a posture that suits the pianist and sometime poster boy for British jazz. Two and a half years since his trio’s debut album Golden was nominated for the Mercury Prize, Downes is one of the most compelling and versatile voices on the scene. His spacious compositions have an old-soul quality that match his interview answers – thoughtful, assured, scrupulously avoiding generalisations. With his monkishly cropped hair and beard, he could be a character from a Hermann Hesse novel.

“This the first record I’ve done where I’ve really prepared for it properly,” says Downes of Light From Old Stars, his third album as bandleader. “It wasn’t just a summation of all my live work to that point – I’d written this all specifically as an album for that band. I knew exactly who I wanted on it, what tunes I wanted on it, where I wanted to record it, on what specific piano.”

Whereas its predecessor Quiet Tiger was “a trio album with frilly bits”, adding textural washes of cello and bass clarinet, Light From Old Stars integrates those instruments into a full-fledged quintet. Cellist Lucy Railton joins Downes’s regular collaborators James Allsopp (bass clarinet/tenor sax), and the rhythm section of Calum Gourlay (bass) and James Maddren (drums). Downes enthuses about Railton’s versatility and attention to detail. “She’s got all the classical chops and sensibilities and skill to her playing, but that’s not the only way she hears music. She can play in a very raw, free improv-y, folky way.”

This balance between grit and polish defines the sound of the new album, recorded at Fishmarket studios in north-west London. “I wanted the sound to be true and representative, but I also wanted it to be quite dirty and… not posh,” says Downes. “Quiet Tiger sounds quite high-end classical, but with this I really wanted a more blues sensibility to come across.” By blues, he doesn’t just mean the scales and chord progressions that are part of jazz’s DNA, but the atmospheres conjured by Howlin’ Wolf and Blind Willie McTell’s records.

“It’s very mysterious music, very open-ended,” Downes says of vintage blues. “A lot of more modern music can be quite manipulative, in that it’s sort of telling you what to feel, whereas this is torn between two things – it’s got this strong, defiant, joyful message at the same time as this bleak realism. And those two together are very powerful. I love any art like that, where it’s up to you what you take from it.” It’s no surprise that Downes admires filmmakers such as David Lynch and Michael Haneke. “I think it’s very important to not take control of that final mystery in music.”

The title of Light From Old Stars is partly a nod to Downes’s debt to long-vanished musicians: “I would like to think that this band takes old-fashioned components and refashions them in a new way. The material I choose to work with, and the aesthetic I choose to work with is an old one, but I would hope that it doesn’t sound like old music.” More directly, the title alludes to the fact that the stars we see in the night sky may already have died, and the liner notes by NASA’s Daniella Scalice expand on this idea.

Science and nature are a consistent theme in Downes’s titles. (Golden’s Jump Minzi Jump was inspired by a wildcat in a David Attenborough documentary – he has since named one of his own cats Minzi in tribute). Is the music itself inspired by the natural world? “I guess what I really like is the natural process,” Downes says, “in terms of letting the subconscious be able to go for it. I’m massively into the idea that the only thing stopping you being a natural process is yourself. Paul Bley talks about the ‘freedom of the fingers’, where the only thing holding you back is your learned pattern, and your struggle to deal with that is what defines your language.”

What tricks does he use as an improviser to unlock that process? “Listening,” he says without hesitation. Downes calls Gourlay and Maddren “the best listeners I know for a rhythm section. They listen in a very deep way – they shape what they’re doing around you to give it momentum, so you never feel like you’re having to pull something along, it’s just this flow of energy.”

Downes considers himself “very privileged” to be part of a thriving UK jazz scene: in addition to the quintet, he plays with bands including Troyka, The Golden Age of Steam, Neon Quartet and Nostalgia 77. “I genuinely think that some of the music from Britain is the most happening in the world right now, and some of my peers and contemporaries are leading musicians in their field. There’s some really high-end shit going on. I think what stops that getting out sometimes is our island mentality – not seeing ourselves as culturally part of Europe.”

The mainstream UK media’s hang-ups about jazz may not help either, I suggest. “I think it’s still seen that, like, free jazz from the ’60s is the most extreme form of improvising in this country,” says Downes. “I’m thinking of Peter Brötzmann or someone like that, who’s made a career out of being very intense and abrasive. That was very important when it came – and it’s still important in terms of what it represents from a certain period – but now I think it’s a little dated. Music doesn’t need to be really raw or aggressive now to be contemporary. There’s a lot of music now that is very challenging, but not in such an easy-to-pin way. If you’re a journalist, that’s fucking confusing, isn’t it?”

Being nominated for the 2010 Mercury Prize (which The xx went on to win) made Downes aware of the peculiar place jazz occupies in the British music industry. “For anyone who’s making music that’s not designed to sell a lot of albums – or not made with that explicit purpose – to be thrust in a very competitive market where you meet all the music press and all the people behind this well-oiled music machine… it’s quite an unusual experience.

“In a funny way it made me see things a lot clearer, in that I knew where I fitted in. I know I’m making music that probably a small amount of the population would get, or enjoy, or want to try out. Doing something like the Mercurys is quite a brutal way to discover that, but it’s a very effective one,” Downes laughs. “I think you either buy into it or you don’t, and I didn’t really buy into it. As a result I feel very strongly about just making whatever music I want.” Which, you suspect, is exactly what he’ll keep doing.

Light From Old Stars is released on 22 April 2013 through Basho.