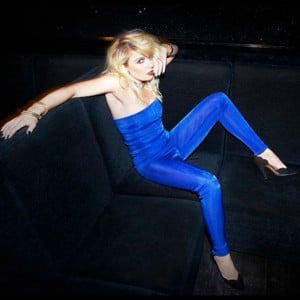 It had seemed like a nice, friendly opening question, one which labelled Little Boots‘ new album Nocturnes with a descriptor meant in a positive way. But it draws a sharp response from Victoria Hesketh.

“Defiant against what?” she asks.

Well, isn’t there a hint of Gloria Gaynor, of I Will Survive in Nocturnes? Which, given the ups and downs Hesketh has experienced over the last few years, would be hard to begrudge.

She softens, slightly. “Yeah. I guess there’s a lot of disco influences in there. I mean, it’s a very honest album, a very genuine album. It’s just me saying this is me, this is what I do, this is who I am, and I’m not going to bend or change or do something else or bow to any pressure this time. I’m just going to do what I want to do.”

Is that not defiant? At the very least it is an implicit suggestion that she didn’t have that choice last time around. Four years ago Little Boots was named as the BBC Sound Of 2009. She was the winner of the BRITs Critics’ Choice Award. She was signed to a major label, released her debut (Hands) and success was anticipated. Then, it did go a little sour.

Hesketh admits, “I was quite naive when I started out. All this hype happened and everyone had decided what kind of artist I was going to be before I’d even figured it out. The album had to be rushed to be finished in time for all this hype and everyone was like ‘you know, you’re the English Lady Gaga, that’s what you are,’ and I probably wasn’t that. And I definitely am not now. So it was kind of difficult.”

Was she pushed down routes that she didn’t want to go down? “I wouldn’t say that. I don’t want to make out that it was this big bad record label forcing me to dress up in a shiny dress and sing a pop song. I was more than happy to do that, I love pop music, I love shiny dresses. It’s just doing things on your own terms.You’ve just got to stay true to yourself and trust yourself, and for a long time I didn’t and that’s probably why things went a bit awry.”

So this album is different. Hesketh nods. “I’m doing everything my way. In all the hype I just maybe didn’t have time to consider things and just felt a bit out of control at moments and maybe made compromises that I wouldn’t now. I’m much more careful now.”

There is a certain phoenix like element to this tale. Something that, regardless of how good the new album is (and Nocturnes is a properly great pop album), gives her return an edge. Because it has become such a cliché to snipe at poll winners, for the ‘Where Are They Now’ pieces to be sketched up alongside the ‘Ones To Watch’ and appear with predictable inevitability at the first sniff of failure, that there is a novelty associated with a reappearance. For all those lost at sea, few have been seen back on shore. Fewer still have seemed up for paddling out again.

Hesketh seems up for the fight. When she talks, there’s frequent mentions of no longer compromising, of this being her vision and of being in total control. A control which extends to starting her own label – “I could put a single out tomorrow! Which is as scary as it is amazing and empowering and kind of terrifying!” – and choosing the people to collaborate with. On Nocturnes that list includes Andy Butler of Hercules And Love Affair, James Ford (Simian Mobile Disco) and, on production duties, Tim Goldsworthy, co-founder of DFA records.

“For me,” Hesketh explains, “if you’re going into a room with people who know each other’s work and respect each other and know they want to work with that person, then that has to make a good creative environment. Whereas if someone is turning up because they’re getting 10 grand an hour and they’ve been told to do this and you’ve got to call the record label every time you write a new hook to get them to approve it over email, that’s not a creative way to make music.”

There’s a heavy silence. Is that how it was for Hands? “With the last album it was like one record label would call another and say you’ve got to set this up, and you’re flown in to write with someone you’ve never met.” So there was no choice? There’s a pause. “Ummm. It was like, ‘why don’t you work with this guy?’. I remember turning down working with Will.I.Am, and the label were like ‘Whaaaat?’”

There’s a lack of the normal outward signs of relief that not working with Will.I.Am normally cause. She continues: “Now he’s this huge thing, well he was huge then but he’s even huge-er now. But I stand by my guns in terms of thinking that was the right call. But, you know I love doing session and songwriting and I love working with other people and I’m fascinated by pop hits and working with the people who make them is really interesting.”

Did she have any concern about working with Goldsworthy? “I was a bit anxious that he was too cool for me, you know,” Hesketh admits. “I was like, ‘I’ve done a song with RedOne, will you work with me?!’, but actually he loves pop songs and he loves great music and he really got all the references and where I wanted to take it. He’s got amazing taste and knowledge of music. It was good for me to push me out of my comfort zone. Out of pop world into more experimental production and more edgy dance world. You get that middle ground which I think makes the record really unique. And some people get it and some people don’t, but the people who get it absolutely fucking love it. I’m really happy with how it turned out.”

The last four years’ experience have clearly been frustrating for Hesketh. But Nocturnes does feel like the light at the end of a tunnel, an album which leaves its creator bouncing with desire to make up for lost time (“I’ll maybe do an EP this summer,” she exclaims excitedly, “or just get on with a second album,“ she says somewhat Freudianly). Little Boots is no longer the sound of the year. She is no longer saddled with a ridiculous hype fueled weight of expectation. But she is back in charge of her career. Defiantly, you might even say.

Little Boots’ second album Nocturnes is out now through On Repeat. Ahead of headlining London’s Heaven on 28 November, she appears at assorted festivals including Glastonbury on 28 June.