Luke Haines: “My output is a rollercoaster romp of good slapstick entertainment” – Interview 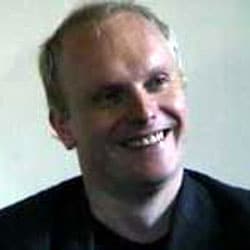 Since being nominated in 1991’s inaugural Mercury Music Prize for The Auteurs‘ debut LP New Wave, Luke Haines has ranked amongst the UK’s most important songwriters with a body of work comparable to that of Elvis Costello. He’s released albums under his own name, with The Auteurs, as Baader Meinhof and with Black Box Recorder – their sublimely subversive single The Facts Of Life hit the Top 20 in 2000.

And as his record label requests a Best Of album, he releases Das Capital – an expensive LP of old Auteurs songs presented with orchestral arrangements. Is Haines just awkward, as his cultivated public persona would suggest, the Victor Meldrew of the music industry, an incurable misanthrope with a way with words and luck on his side, or does the world in general misunderstand him?

We caught up with Haines at his label’s London office. Up close, he’s not only intelligent and witty but genuinely… pleasant. As he sups from a can of Coke we start by asking about his resurrection of The Auteurs name on Das Capital, despite a lack of original Auteurs.

“The Auteurs always had a fairly nebulous line-up,” suggests the band’s lynchpin and songwriter. “I wrote all the songs… there was no collaboration. Everyone has always played every note I’ve told them to play right down to the drummer. And by the time we did (How I Learned To Love The) Bootboys it had become dysfunctional.”

Das Capital consists of orchestral arrangements of songs recorded by The Auteurs, plus some new material – Bugger Bognor, The Mitford Sisters and Satan Wants You. It’s not an obvious route for a retrospective to take.

“(My label) were wanting to do a career retrospective, and I was a bit sniffy about the whole thing,” says Haines. “A compilation of my stuff is not going to sound that good because every record sonically has a different sound. I said certain songs could benefit from a kind of Jacques Brel orchestration, going back to ‘proper’ songwriting and reinterpretation, and to my surprise they said okay.”

He finds the resulting record pleasing. “Rather than a tawdry compilation of bits stuck together, we have an incredibly expensive to make ‘best of’, revisited and reworked,” he grins. “If it had been a retrospective I would have put it out as a double CD. As it was it cost about £80,000. A compilation might have cost about £2,000 in remastering.”

The title of the record is another political reference from the man who decided a pop group called Baader Meinhof would be fun and so formed one. But we shouldn’t get excited – Haines is not standing for parliament any time soon. “The only thing that could drag me into that is that I could quite easily manipulate and misuse the power,” he says. “In terms of the idea of central government and party politics I have no interest at all. But I would make it work to my own ends.” 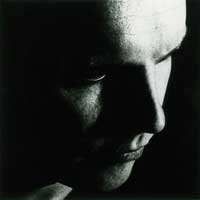 Outside of The Auteurs, Haines appeared on Top Of The Pops performing with Black Box Recorder on their Top 20 hit The Facts Of Life.

“I had nothing better to do that afternoon and I’m not mentally scarred by the experience,” he insists. “When you do Top Of The Pops it’s seen as some sort of signifier of success. But the audience were looking at us as if to say, ‘Who are you then?’ You do have to see these things.”

Black Box Recorder are still together. They released third album Passionoia earlier in 2003 (on yet another label).

With so many to choose from, how does Haines reconcile his various musical monikers? “Black Box Recorder is a more egalitarian thing. We had to have committee meetings every time we wanted to rehearse,” he grimaces, jokingly. “My own grass is always much greener. You set yourself up in competition with yourself,” he goes on. “I guess this is a problem Damon Albarn (of Blur and Gorillaz) has too – but on a slightly larger scale.”

As for that misanthropic image, Haines wants to put the misery-guts persona to bed. “People often mistake me for an incredibly miserable person. It’s not as obvious as that but I thought I’d play up to it,” he explains wryly. “I’m not completely reactionary! I’m not turning into Alan Clark…”

In many of his publicity shots he says he’s not being entirely serious – such as the cover to his soundtrack to Christie Malry’s Own Double Entry, on which we find Haines besuited and holding a blackboard caption which reads: ART WILL SAVE THE WORLD. “The cover of Christie Malry was obviously not entirely serious. I was perfecting my best scowl,” he grins, before doing a bad impression of himself.

The glum image was reinforced by his call for a “National Pop Strike” – another joke, says Haines. “The point was to get people like Jarvis Cocker saying: ‘Well I’m not working tomorrow.’ How would this be different from any other day? That was the joke, and it was obviously a publicity stunt, but it was a bit of fun. It was ludicrous and it was meant to be ludicrous. And if Har Mar Superstar passes for having a sense of humour then God help us all.”

Haines certainly has a sense of humour – after calling on the record-buying public to boycott record purchases for a week, he released his own album The Oliver Twist Manifesto at the start of it. “Of course, yeah!” he laughs. “Genius marketing!”

He’s also at pains to express his oblique liking for England – the country which, after all, made him. But with Black Box Recorder’s debut album England Made Me, he reckons the press got it all wrong. “They got this angle that somehow it was a critique of New Labour, but really it was just an affectionate look at the rotten aspects of England that John (Moore) and myself enjoy,” he explains. “We would have a game of good thing, bad thing. Lord Lucan? Good thing. Jeffrey Archer? Definitely good thing. You can simplify most things in life and it straddles some areas of bad taste. But we have an affection for the rotten-ness of England that we remember growing up in. I can remember those sorts of things more than anything to do with popular culture.”

“My output as a whole is a rollercoaster romp of good slapstick entertainment.”
– Luke Haines

The kind of incident that influences Haines’ writing is certainly not whether Posh’n’Becks have new hairstyles. “I remember the whole Jeremy Thorpe incident with some fondness. And the John Stonehouse disappearance. Those are the kind of things that informed my childhood and they came back on England Made Me,” he says. “I’m sure there are other incidences on that album – on Hated Sunday: ‘Oh to be in England on a Sunday, dear old dismal England on a Sunday…’ That’s said meaning we’d rather be here than anywhere else. There are references to English things, but they’re affectionate. And if not affectionate then observational.”

So it’s official – Luke Haines likes Blighty after all. “And the older I get the more I dislike foreign travel anyway. Travel narrows the mind,” he offers.

Using four names, Haines can use any one of them again at any time (he’s even said so in one of his songs) – as we’ve seen with the rebirth of The Auteurs for the Das Capital project. But is there life still in Black Box Recorder? What next for this least predictable of English songwriters? “It’s open for another album,” he enthuses, “but I think the two of them (John and Sarah) are keen to do solo type things. The Black Box Recorder aim is to reconvene next summer (2004).”

And why should people buy another of his albums? “I can’t think of any reason why people would want to buy my records,” he says. Indeed, he began The Oliver Twist Manifesto with the line: ‘This is not entertainment’.

“I’m revising my opinion on that,” he counters. “My output as a whole is a rollercoaster romp of good slapstick entertainment,” he grins, disarmingly.

Luke Haines & The Auteurs’ album Das Capital is out now through Virgin.