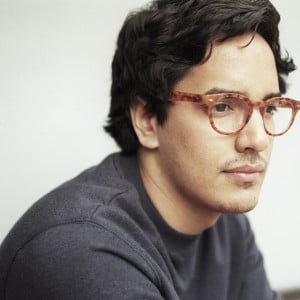 We first clapped eyes on Luke Sital-Singh almost two years as he took to the Servant Jazz Quarters stage. It wasn’t his gig; he was supporting Marika Hackman for the launch of her first single. But it soon became clear that there were big hopes for Luke, and the night was serving to showcase both artists. As he shuffled onto the Dalston venue’s carpeted stage and nudged his glasses up his nose, it took just seconds before silencing the room with I Have Been A Fire. A star was born.

This summer, the 25-year-old will release his debut album on Parlophone. After a string of strong EPs that have garnered a considerable amount of radio airplay – even he describes it as “surprising” – a headline show at new Hackney club Oslo on and a growing relationship with his kindred nu-folk promoters Communion Music, the future is looking bright indeed for the South Londoner.

We caught up with Sital-Singh after his sell-out gig at St Stephen’s Church in Shepherd’s Bush, where he headlined the inaugural Communion New Faces tour complete with a full backing band. There was much nervous laughter throughout from Luke as he considered his answers, complete with many ‘ummms’ and ‘hmmms’, especially when he was asked if playing with a full band calmed the self-doubts and was easier than playing solo. “I haven’t had a lot of experience playing with a band, to be honest,” he replied. “I used to play guitar in a friend’s band. I felt like a hired hand. I definitely didn’t feel the pressure like when I’m on my own on stage. In a band, I could play guitar or sing backing vocals in a bad mood or a good mood.”

Were there advantages of one over the other? “I think one of the overlooked elements of playing onstage alone is being able to speak and engage the audience between tunes,” he says. “It’s actually as important as the songs themselves as it affects the overall performance. Even if you are the type of artist who doesn’t say a word, it adds to the experience of the gig in a massive way. For some reason, I dealt with this pressure by making some sarcastic jokes – and it seemed to go down well. So now I think there’s a bit of an expectation that I’m going to be funny! That’s difficult if I’m not in a good mood. But that’s part of the stagecraft which is important for an artist. Just look at comedians – they have to do it night after night.”

Does he see himself as an all-round entertainer? “I’ve been trying to watch a lot of stand-up comedy stuff to learn from then and appreciate their timing and delivery. How do they engage with the audience? It can really lift the gig and separate you from other artists. Like when you realise that what seems off-the-cuff chat between songs really isn’t spontaneous, it’s planned! I remember seeing a band (Hmmm. I can’t remember who it was…) but the singer made the exact same jokes every time! I remember thinking – that’s really lame. But now I understand why. That’s part of the performance. I even do it occasionally,” he admits with a nervous laugh. “For my style of music and play on my own, it can be nice to break up the intense feeling of melancholy with some humour. People seem to like it. A bit of light relief never hurts.”

While few would describe Sital-Singh as a comedian, he does possess an impressive ability to write a catchy tune. He paints in broad strokes with big themes, letting the songs percolate a bit before he whips them into a frenzy – complete with crashing piano, multi-tracked choruses and anthemic sing-along lyrics. Look no further than Nothing Stays The Same from his Tornados EP, as he sings: “I can taste it in my mouth/ I am hanging upside down/ All the faces gathered round/ To wait and see, to breath relief/ To call my name for the first time”.

It’s too dark for folk, yet punchy enough for Radio 1 and weird enough to attract the ears of his peers. And despite the fact his songs seem perfectly suited for the airwaves, Sital-Singh says he never considered it when writing them. “I had always ruled out being played on the radio – especially Radio 1! I like melancholy music so much and that’s my kind of thing, which I didn’t think would turn any heads,” he admits. “Even my first EP, Fail For You, is a really ‘down’ ballad so I didn’t really tout it despite it being one of my favourite songs. When it got picked up like it did it was a bit crazy. It still seems bizarre to me. I’m not much of a radio person as I discover most of my music by going online. So I’ve never courted radio play. I get quite a lot of texts – or I used to at least! – when people I know would hear one of my songs come on the radio or in a shop. But I’ve never heard any of my songs out and about – I’d probably be massively embarrassed if I did!”

When he plays with a band, does it change the way he plays, or choose the numbers for the set? “Hmm. Well, thanks to having a few songs on the radio, which is great, I’ve noticed people coming along to the gigs and singing along to the songs that have been released as singles. Crikey, I thought! I realised quickly that they had expectations of what songs they wanted to hear and I better make these songs good. Two of the three singles have had full bands so I’ve got to try and capture that energy, even though it’s just been overdubbed in the studio. Such as Nothing Stays The Same, which is quite rousing and has some choral-sort of singing – which is hard to do on my own, so it’s nice to have some more singers on stage. I’ve even performed with a choir.”

In the future he’d like to scale up further still. “When you’re established as a solo artist it’s nice to be a bit creative and offer a few surprises – a band or a choir give you that kind of freedom, gives me some scope to do new things. In the future, would love to sing with an orchestra,” he says. “And it’s fun to make those calls and one day I hope to tick them all off my wish list. I’ve only toured twice with a band – I usually just play on my own. Last year’s tour was my first test of doing it with a three-piece band. So far this year it’s been a four-piece. It’s kind of a work in progress and it’s a big decision for me.”

We’re still likely to see his solo shows though. “One of the great things about being a solo artist is that you can just turn up with a guitar and do your thing. So fingers crossed it will be worth doing – we’ll see how it goes. It’s a different experience. I love playing in churches though, they usually have great acoustics. And I still like to play some songs on my own. But it’s sometimes nice to make a big loud noise.”

Luke Sital-Singh plays Oslo in Hackney on 14 April 2014. His new album is released by Parlophone in July. For more details, visit lukesitalsingh.com