Maps’ James Chapman: “It’s a weird way of working, but it works for me” – Interview 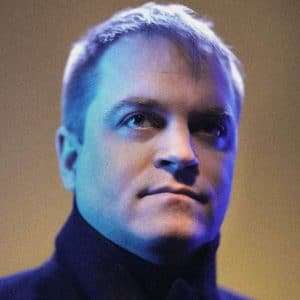 Maps, the recorded incarnation of one James Chapman, is much more than just your average bedroom songsmith’s output. “It’s taken years to get to this stage – from working on a four track in my bedroom, to working on a 16-track and starting to play live,” he says.

But that’s not to say Maps’ output is massively complicated and heavily produced. Current single, It will Find You, is a perfect example of how natural Maps’ sound is. A demo “is pretty much the single version, we didn’t do too much to it” and the record is largely made up of songs that “have been around for quite a while”.

After quite an extended period of “fiddling around in the bedroom” and “buying gadgets here and there”, Chapman found himself in a rather odd predicament. He had the song ideas, he had the demo, but it all came together without computers. “It wasn’t a conscious choice, I’m really into electronic production – I love Boards Of Canada and loads of Warp stuff, I just never went down the path of the computer.” But doesn’t that go against the idea of computers making things easier? “It’s a weird way of working, but it works for me.”

And then the second problem – a lack of live dates: “Nobody was gonna take any notice of some guy in his bedroom who can’t play live. When you send stuff to labels, the first thing they ask is ‘When are you playing in London?'” The thought of live dates wasn’t a point of conversation for Chapman, just something that came along on the route from bedroom to Mute Records.

The album We Can Create has songs which Chapman formed in his very personal analogue productions methods, for a time not even being played to friends. “I’d never played my music to anyone else, let alone sung, so playing live was pretty daunting. But after the first few shows, the more we do the more I love playing live.” While the decision to shy away from computers wasn’t taken consciously, the live format was very much a conscious decision: “I didn’t want to be stood in the middle of a stage on my own, apart from a laptop.” And thus Maps the band was born.

“I’m not a dictator who says ‘play this’ to the band.”- James Chapman.

Such is the ease with which Chapman allowed Maps (which despite being one man’s band, does not feel like a solo project) to develop, the live show is far from being a reproduction of the album, which sees Chapman joined by four musicians and the entire band taking on ownership of the Maps live experience. “We all chip in and have ideas. I’m not a dictator who says ‘play this’ to the band,” he says. Ultimately, as James points out, it still sounds like Maps, and that’s what the punters pay for.

One song stands as the exception on the album: “Glory Verse was written and recorded from scratch while in Iceland with [co-producer] Valgeir Sigurðsson, but it all fits together nicely.” And such is the atmosphere of this record. It’s warm, inspiring yet without the imposing wails of many of Iceland’s famed exports.

And how does James feel about songs that were very much his now being in the public domain? “If you think about it too much, you could get nervous – I never thought it would happen so I’m just enjoying every minute. I’ve known these songs for so long it’s quite weird for it just to be coming out. But I’m still listening to it, and that must be a good sign!”

With a possible remix of Low in the pipeline and appearances lined up at the Carling Weekend and Latitude festivals, things are looking up for Maps. A spot supporting British Sea Power at this year’s Great Escape certainly wont do him any harm and with his own UK dates preceding the proper festival season, you’ll have a chance to check him out for yourself soon enough. But until then, just bear in mind that there is a productive way to fiddle in your bedroom.