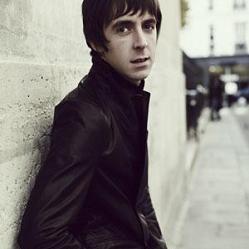 Miles Kane is holed out in a pub in East London, and he’s in a chipper mood. “I did a gig in London last night,” he says, “at the Water Rats. It was great, the first gig we’ve done together. It really feels like we’ve started this trip, and I felt boss last night, the gig was rocking. No-one really knows the songs at the moment, but over the 40 minutes they were digging it. It’s giving me a real buzz.”

It’s a buzz Kane, half of The Last Shadow Puppets alongside Arctic Monkeys front man Alex Turner, perceives to be related to a gap in the market. “Now that I’ve done Inhaler (his first single) I’m a solo artist. I’ve made a rock ‘n’ roll record, and no-one’s doing that at the moment and I think there’s definitely a demand for it.”

Was it a conscious decision? “Not really, I’d say it’s just a natural thing that’s happened over the last year and a half. I feel like I’ve found my feet, and while I’ve done that I think with music in general there’s nothing that talks rock ‘n’ roll at the moment. Nothing does it, and all we have is The X Factor or ‘indie schmindie’.”

“All we have is The X Factor or ‘indie schmindie’!”
– Miles Kane laments the lack of rock ‘n’ roll in British music currently

He is quick to play up the role of his band in the process. It consists of Jay Sharrock from The Sand Band on drums, singer songwriter Eugene McGuinness on vocals and rhythm guitar, and Ben Parsons and Phil Anderson from Cherry Ghost on keyboards and bass guitar respectively. “I can’t speak highly enough of them,” he gushes. “I’ve called them in, and that’s the best bit about it, it’s so exciting playing with friends like this. I’ve been on my knees doing the guitar solos!”

Noel Gallagher is a high profile guest on the album, contributing backing vocals to My Fantasy. Kane is keen to play down his contribution, mind. “This has all been hyped so much. He just sang harmony, he came in once and we did it, and it was great. It was just in the moment, really. I wanna have good drums, play guitar well, sing well, with no fucking scheme or bullshit behind it. I think if you want to be a rock star, all you should do is play rock ‘n’ roll!”

So does this solo direction feel like an inevitable next musical career move? “The Rascals and The Last Shadow Puppets led towards it, definitely, but this is me now.” And has Alex Turner had much of a role in this new direction? “Not really,” says Kane. “He’s just my best mate, and we always hang out. He’s a diamond.”

Of the new album, yet to acquire a title, Kane says, “I supposed I wanted to make it sexy. There’s also a lot of mystery in there with the different images you get in your head, things you’ve been through with girls, things like that. It’s just about me, and about stuff you come across, you know?”

“I wanted it to be like a modern day Motown thing, with straightforward two and a half to three minute songs”
– Miles Kane on the blueprint for next year’s debut solo album

The approach is not surprisingly stripped back in comparison with the previous venture. “I think that because of The Last Shadow Puppets we tried not to use an orchestra on this one, so that it’s got its own niche. There will be similarities with it, because it’s me. But there’s a bit that funks as well this time around. In a way I wanted it to be like a modern day Motown thing, with straightforward two and a half to three minute songs. That was the blueprint for the album.”

His level of excitement is easy to gauge. “I’m in fifth gear now! It’s just like early on when I got started with The Rascals. I find it daunting, and did especially at first, but I’ve got belief in myself and always have had. My mother, my mate, and myself – that’s what really matters.”

So finally, what is Inhaler about? It turns out there is no mystery. “It’s just a fucking inhaler, and that’s it!” He laughs. “There’s no cleverness, no hidden agenda, that’s just it. I do have asthma so I always carry my inhaler with me, and it sounded good when I’d written a song about it!”

Miles Kane’s debut album, as yet untitled, is due in 2011. It will contain the first two singles Inhaler and Come Closer, the latter due for release in February. UK dates in January and February can be found on his website.