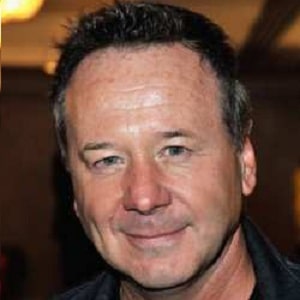 It has been a long time in coming, but Simple Minds can finally say with some confidence that they are cool. The Horrors, Primal Scream frontman Bobby Gillespie and Manic Street Preachers lead singer James Dean Bradfield have all professed a love of the band’s early work in recent interviews – and now, over 30 years on from their recording debut, the Minds are bringing together the first five albums in a remastered box set, and taking them out on tour. We met up with Jim Kerr for a natter about this project – and got him to run us through his memories of each piece of work.

It’s an early interview – 8:30am isn’t a rock ‘n’ roll hour of the day for sure – but Kerr is wired and animated as he talks through the work that cemented both the band’s reputation and its fanatical live following. The first point, naturally, is the 1979 debut record. “For me, ever since the day we finished it, my feelings on Life In A Day have been bittersweet – sweet in the sense that way back then to get a record deal was beyond our wildest dreams. Nowadays Glasgow turns out a band every two months, but back then it was different. So my memories of that time will always be tinged with the feelings we got when we were signed. The bitterness is that it all sounded so very professional. It was the first time we had heard our songs, but something was gnawing me. With those early songs, we had played them to death – but listening to the demos I felt that had a real spark that didn’t make it to the finished album.”

The band barely broke stride before album number two, Real To Real Cacophony, was in the public domain. “With this album we were very much hitting our stride”, he says with an evidently greater satisfaction. “We set about recording it only a few months after Life In A Day was completed, because we wanted to address that issue of dissatisfaction. The balance was out, in Life In A Day, and the edginess was missing, but it all came to the fore in Real To Real Cacophony. The recording was more of an indulgence, and it set us on the right road. We were starting to play live, and were getting a small but very fierce following. The NME and Melody Maker were just starting to come on board, and this was definitely the record that turned the car around. We were rehearsing Premonition yesterday, and I still get the shivers from singing that song.”

Just one more year and the band had their third album, Empires And Dance, in the bag – and the memories for Kerr start at this point to mingle with thoughts of touring. “I look on this album as a travelogue, a series of postcards from Europe. In Germany you had the terrorist groups like the Baader-Meinhof Group, and in Italy the Red Brigade – and there was us in the back of a van, turning up to play clubs to hardcore fans. To me, Empires has a darker, edgier undertone that contrasts with the elegance. Arista hadn’t had a commercial breakthrough, they were millions of pounds in debt, and were starting to think this wasn’t what it was. We had an insider who could tell us the minutes of the meetings, and he said they’re thinking of dropping you. In the end songs like Celebrate persuaded Virgin to take us on.”

“A day off was going to the studio and writing, because there was this avalanche of material”
– Simple Minds frontman Jim Kerr

The first fruits of that relationship was the Steve Hillage produced double album, Sons And Fascination / Sister Feelings Call. At this point Kerr is at pains to point out that he was not bearing sole responsibility for the writing. “I really have to give credit to the band at this point for all their songwriting,” he says with some feeling, “as it was all of us that were contributing – Charlie Burchill and David Forbes especially. Looking back on these first five albums, we made all of them and toured nonstop – it was all we wanted to do. A day off was going to the studio and writing, because there was this avalanche of material. We ran out of budget, and Virgin were keen to not go as deep with this one, but we were so pleased with it. Even on Sister Feelings Call, the instrumental Grey Cities is an anthem, and then there is Love Song and The American. Virgin’s sense was that we were starting to nudge the Top 30, and making progress in America, so we were cutting the right path.”

The culmination of this fruitful early period, New Gold Dream, became the band’s fifth album release in three years on its release in September 1982. “I suppose the band’s been getting a lot of compliments and credit for the music we made around that period,” says Kerr in a broad summing up. “We have had untold samples and requests for samples, and people look to New Gold Dream as trailblazing.” And what of the album itself? “The whole title of that record makes sense to me, because it was almost dreamlike. When we were recording it was a glorious Spring and Summer, a period where it was effortless. There was a lot of effort but it was a time where everything you tried worked. It was sounding so good from the early days, the initial ideas and demos sounded great – it was the right sound and music at the time. It was Simple Minds trying to grow up in public, and the alchemy really came together. It’s not a perfect record, but hearing my voice reminds me that it was such a delight to make.”

The 5×5 tour will be a celebration of the band’s achievements up to this point, before the arenas and stadiums swallowed them up and gave them a massive sound, far away from the more intimate emotional input of these albums. Naturally, Kerr’s voice changed in a big way as the band deviated from their early work, though he has been working to regain some of that initial technique. “With the voice itself, the stylistic trademarks had been left to the side, but I’ve gone back and adopted them again. It’s been a wee bit tricky, but you can’t go back – this is now and that was then, but if it works the way we hope it will then it will evoke those times and those trademarks. The voice has its idiosyncrasies, and they’ll be there. But we start this tour soon, and we’re as good to go as we ever will be!”

The Simple Minds box set 5×5 is out now on Virgin, containing the albums Life In A Day, Real To Real Cacophony, Empires And Dance, the double album Sons And Fascination / Sister Feelings Call and finally New Gold Dream. The tour began in Lisbon, Portugal on 14th February and finishes in Dublin on 4th March 2012, calling at the Roundhouse (2nd March) and Manchester’s Ritz (3rd March) en route. More at simpleminds.com