The Magnetic Fields’ Stephin Merritt: “It’s relatively transparent. My mother can listen to it without reaching for her earplugs” – Interview 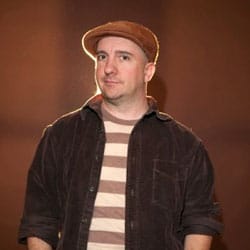 Those who have encountered The Magnetic Fields in the flesh will appreciate that Stephin Merritt approaches his public in a beleaguered spirit, shot through with bone-dry panache.

His approach to interviews is no different. In a spirit of realism, we present Mr Merritt’s comments on his new album and forthcoming tour unedited, in order, and punctuated to reflect his Pinteresque pauses.

The only difference between what follows and a literal transcript of the interview is that the vague, meandering questions of the interviewer have been cleverly edited in order to appear probing and incisive…

Hello Stephin. It’s a pleasure to talk with you. Are you doing a lot of these interviews today?
For three and a half hours. But it’s not too wearisome. Afterwards I have to have my piano tuned, so I am interested in prolonging the interviews as long as possible.

Will having your piano tuned be wearisome?
I live in a studio apartment, so there is nowhere to go while it’s being tuned. And the piano is very out of tune.

I’ve been enjoying the new album (Realism) very much.
Thank you.

They’re just floating signifiers.
Floating signifiers, as you say. The colour schemes, meanwhile, are meaningful. Distortion has the clichd punk rock black and panic pink. Realism has a photograph of a paper bag in the background, that looks not quite like recycled paper.

Your promotional material describes Realism as a folk album. In what sense is it a folk album?
It sounds better than “Unplugged”. It’s an acoustic instrument album. It’s relatively transparent. My mother can listen to it without reaching for her earplugs. How do you hear it?

To me it sounded very European. More polite, more genteel.
That would go with the folk category, I guess.

Is there any folk sensibility there? Folk music is associated with a sensibility as much as with a sonic style, isn’t it?
Probably not. No, I don’t think so. I was forged in the bookshops of electropop.

The album seems to me to have happy-sounding songs and sad-sounding songs, with not a lot in between.
Which songs do you think are happy?

We Are Having A Hootenanny sounds quite cheerful.
This song is an advertisement for a psychotherapy course.

How about The Dolls’ Tea Party?
This is not a party I would visit by choice. The conversation at this party covers who is worst dressed, as well as who is best dressed. There seems to be gossiping. And of course they are not real people. But the cakes are amazing.

You’re touring next month. How are you feeling about that?
Resigned. Though usually I am filled with dread, and this time I am just resigned. I’m ready to go. It’ll take me five minutes to pack.

Why tour at all? Why not be a studio-bound artist?
That would be lovely. But one tours to sell records. And tickets. And T-shirts. The reason that live music survives is that people want to try on T-shirts before buying them. That’s why people don’t buy T-shirts over the internet, though they buy everything else over the Internet. So the only main street stores that sell things to young people seem to be T-shirt stores and sneaker stores. At least that’s the case in New York and Los Angeles.

You’re playing mostly theatres and sit-down venues. Why not cram them into a standing venue?
Since we are not encouraging anybody to dance, we may as well provide them with a place to sit down. They are going to be there for two hours and we want them to get their money’s worth, but we don’t want them to be tired on their feet. That would make them cranky. And no-one likes a cranky audience.

That’s very gentlemanly of you.
Thank you.

What’s the best part of touring for you?
Coming home. Scandinavian dairy products too. They are so wonderful that it is worth going to Scandinavia just to consume them. But as we are all increasingly lactose-intolerant, this is something of a double-edged sword. I have recently become a big fan of goat’s cheese, so I wish were going to Greece and Italy, as this is where they have goats. Places with goats hopping about from craggy peak to craggy peak. And lactating. But sadly we are only going to Northern Europe, where they would have to be very hairy goats indeed. The goats would have to be so hairy that they would almost be sheep. Merino goats I guess.

Are there any other upsides to touring, aside from Scandinavian dairy products and coming home?
Well, I like going to London. I wish that we would tour only in London. I would happily spend a month in London. But then it wouldn’t really be a tour.

What’s the pull of London?
Amazing bookstores. And delightful gay bars that I can write songs in. Those are the two things that I will have the opportunity to do.

Do you enjoy writing songs in bars?
All of my records are written in bars. I like to write in gay bars surrounded by thumping disco music. Though very little of it, in the end, is based upon eavesdropping.

How do the bars in London differ from those in New York?
People have different accents. In New York one hears a lot of American accents, of course – and a fair number of Irish accents. And some people from Spanish speaking countries. In London there are more British accents, again some Irish, and people from places that are rather more out of the way. Like Monaco.

And aside from the accents?
Well of course what I am doing is looking at the page in front of me and my experience of the bar is primarily oral. Hence the focus on accents. When I am looking around me I am only pretending to be looking around me.

So the bar is purely a backdrop.
Yes, purely a backdrop. When I stop working then I am just a normal person in a gay bar, though of course everyone sees that I have been writing in a book. So their theory of me is different. They may think I am a journalist or something like that. My current little book I am writing in looks like a Bible, and I have been asked by people if I am reading a Bible in the bar. So I am not sure what people think of me, but I am aware that it looks like slightly freakish, being in a noisy bar with a book.

They say that having a book in front of you is the best way to stop people approaching you in public.
No. The best way is to sit under a green lamp. I used to do this at my local bar on 2nd Avenue in New York. There was an ugly green neon bar lamp, and I used to sit underneath it, and it would make me look like a zombie. When I was sitting under it nobody would bother me at all. If you want to be ignored, sit under a green light.

Many thanks for the advice, Stephin.
You’re welcome.

The Magnetic Fields’ album Realism is out now through Nonesuch. The band tour the UK in March 2010, stopping at Manchester and Leamington Spa before a date at London’s Barbican on 22 March.