The Magnetic Fields’ Stephin Merritt: “It’s usually boredom that inspires me to start writing, rather than inspiration” – Interview 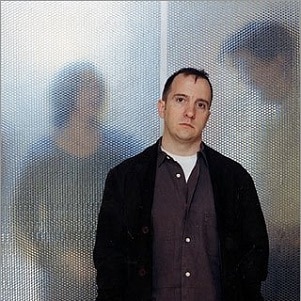 It’s safe to say Stephin Merritt hasn’t always enjoyed the easiest of relationships with the press. Mere mention of the fact you’re about to interview him to another writer is enough to warrant flashbacks to his infamous encounter with George Lamb, followed by the whitening of their face and liberal use of the word ‘difficult’.

It is therefore a not entirely unwelcome surprise to find Merritt, resplendent in a pale winter jumper and faded baseball hat, to be the model of courtesy and good humour at his UK label’s offices. Possessing the ability to be physically expressive while maintaining his trademark dry intonation and rich baritone, he’s a far more engaging individual than the audio itself would suggest.

He’s in London (and, immediately after our time has finished, Berlin) in support of the The Magnetic Fields‘ new record, Love At The Bottom Of The Sea. Having come off the back of three non-synth albums (I, Distortion and Realism), the new album marks a return to the sounds of the mid-late ’90s. So why the non-synth direction in the first place, and why the about face?

When presenting a new album there must surely be a frustration to having new work compared with previous releases? “I certainly don’t mind this record being compared to (1995 Magnetic Fields album) Get Lost. The instrumentation is totally different, there’s a lot more humour on the new record. It’s nowhere near as depressing. Generally the songs on the new record have something terrible happen in them, but they’re expressed in a pointedly frivolous mood. Your Girlfriend’s Face is either funny or vulgar.”

You need only listen to Realism’s opener You Must Be Out of Your Mind, and its assertion that “I no longer drink enough to think you’re witty”, to realise that darkly humorous, pithy one liners are a staple of Merritt’s songwriting. This continues unabated on the new record, with songs about hiring hitmen to take out love rivals and Mariachi superfans. But present him with the view that Realism and Love At The Bottom Of The Sea contain more humour than, say, Distortion and it’s met with an indecipherable drawl of protestation. “Distortion’s very funny, it’s just that the production style overwhelms the lyrics.”

But what of Mr Mistletoe, arguably one of the saddest Christmas songs ever? “Well yes, but only if you ignore the preposterous central conceit of singing to the mistletoe.” Touch. But how consistently effective a vehicle does he believe humour can be in songwriting? “Bob Dylan in the early ’60s was happy to use so many rhymes that they became preposterous, and then keeping going from there so it was ridiculous, and then even annoying, and then keeping going. Everybody loved him and thought he was the major lyricist of the ’60s. As opposed to Leonard Cohen. I think if you don’t allow for humour then you’re not Shakespeare.”

You need only look at The Hidden Cameras (cursed to be ‘the band who wrote about wee’ following early track Golden Streams) as a cautionary tale of humour becoming novelty. Is this not a fundamental pitfall of humour in songwriting? “I think if you’re prepared to sing outrageous imagery you should be prepared to do it again and again or eclipse that in some other way. I am doomed and blessed to always be upstaged by my previous work because of 69 Love Songs, and that was the point of it. To be a landmark. But I don’t mind being upstaged by it, because it’s mine. It’s me upstaging myself, it’s fine. Plus if you’ve come up with imagery like a stairwell of frozen urine then live by it. Is Genesis P (Orridge) going to be embarrassed by Throbbing Gristle? No!”

With a back catalogue as extensive and far reaching as Merritt’s, it would be fair to assume that continuing to write and continuing to remain inspired would present a challenge. He is surprisingly flippant about his writing processes. “I just sit around in bars writing and if it doesn’t work out well I’ll write something else. I’m usually in the mood to write something, and if not I just bore myself. I just sit there drinking, not talking to anyone. It’s usually boredom that inspires me to start writing rather than inspiration.” But is there a pressure to have to present things – be they people, events or scenarios – in a new light on every release? “I don’t mind having done something three albums ago and I don’t mind re-using elements. Pretty much everything I’m using is already a cliché so I don’t mind bashing two clichs together, in the same way I’d done three albums ago because they’re still clichés. Metaphors almost always continue to be true.”

With I (all song titles beginning with the titular letter) and the stylistic themes exhibited on Distortion and Realism, to many Merritt could be classed as a theme driven writer. He disagrees. “I’d say I’m not a theme driven writer,” he says, raising and wagging a finger in mock admonishment, “I’m a theme driven releaser. I had written parts of 69 Love Songs before I’d started to do 69 Love Songs, and the theme was vague enough that I could use what I already had, and the theme was vague enough that I could incorporate whatever I was going to write anyway into it. I was halfway through recording ‘I’ when I decided on the title, because I noticed that a lot of the song titles began with the letter I and the rest of them could quite easily begin with the letter I so I changed a few of the songs on the record and kept going. I only use the loosest of themes on my ‘theme’ albums. Distortion has no lyrical theme or anything like that, we just decided on the production style after having written all the songs.”

But Love At The Bottom Of The Sea sees a new theme emerging in his songwriting, already exhibited on Realism and Distortion. It’s the theme of the short song – the average song length on the album being in the region of 2’15”. He has previously spoken about the repetitive, overly long nature of pop’s superstars such as Lady Gaga and Adele. Does he believe there’s a genuine lack of concise songwriting in contemporary music? “I feel that three minutes is long enough, and two minutes is usually enough. That said, Papa Was A Rodeo needs to be five minutes long. I’m not sure Sweet Lovin’ Man needs to be five minutes long. Not every record has to have long songs on it. I don’t understand why pop records now are so long, they’re all over four minutes long and they’re so repetitive.”

Is the answer a return to the girl group records of the ’60s where everything’s two and a half minutes? He momentarily adopts a scholarly stance. “I hate to tell you, but most girl group records were far shorter than two and a half minutes.” Factual correction addressed, he relaxes. “Yes, we should. Hell yeah!’ He pauses, gazing into the middle distance and lingering on his final thought.

“It’d mean a lot more songs on the radio, for one thing…”

The Magnetic Fields’ new album Love At The Bottom Of The Sea is out on 5 March 2012 through Domino, preceded by the single Andrew In Drag on 27 February. The band play ATP at Minehead on 11 March, then begin a UK tour at Brighton’s Komedia on 24 April. More information and music at houseoftomorrow.com.