Jane Weaver: “Nowadays that search for the higher plane really appeals to me” – Interview 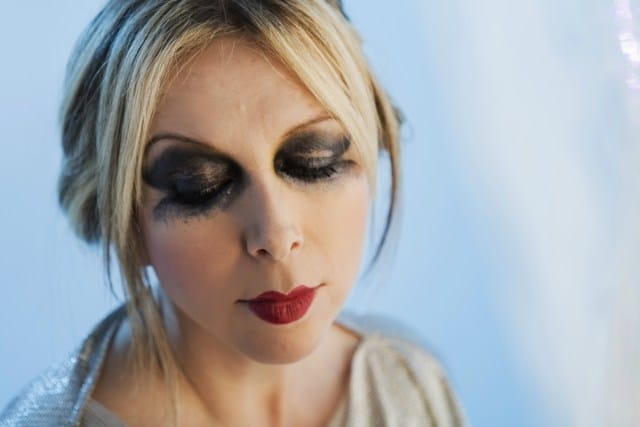 Jane Weaver’s story is unlike many others’. Her Britpop band Kill Laura were signed to Rob Gretton’s label Manchester Records when they were teenagers, releasing a total of five singles but never an album. Her consistent output of solo material ever since has been high quality but only since the release of her last album, 2014’s The Silver Globe, has the deserved amount of attention been thrown her way.

With the release of the excellent follow-up, Modern Kosmology, the spotlight is finally shining her way. We caught up with her to discuss her artist muse, living with a fanatic music collector and how it feels to finally be find success in one’s 40s…

The last album ‘The Silver Globe’ was your biggest success to date. Did that have an effect on how you approached this one?

Not really, I did have to make a conscious effort not to listen to too much modern music, which I don’t when I’m making a new record. I tend to shut myself away. But if I thought, “oh, people liked the last record, I’d better make another one that people will like” – I don’t want that to get into the creative process. I try not to think about it and keep in my own bubble. But I did make the production slightly different this time, I made a conscious effort.

I was going to ask you about that. The new album sounds clearer, with your vocal more prominent.

I suppose so. I didn’t swamp everything with space echo like I normally do, because I love space echo. I made an effort to use more digital delay on my voice, and my vocals and lyrics are more up front I suppose. But I’ve used similar equipment, just a few bits and bobs are new.

What led you to the change?

Well you don’t want to repeat what you’ve just done, it gets a bit boring. It’s not very challenging as an artist to just repeat the same thing. So I just wanted to make myself feel more uncomfortable at times. When you come back to something you’ve made that you didn’t like at the time, you realise that it’s because it’s a bit different, not necessarily that it’s bad.

There is also a bit more guitar on this one.

Yeah, that was a conscious effort as well. I do work with a band, so I often make skeletal demos at home and take them into the studio. This time, because people weren’t available to do certain stuff, I just thought I’d do it myself. So, on Loops In The Secret Society, there’s a lot of deliberately dissonant guitar on it – it’s a bit cringe-worthy but I decided to keep it in.

You mentioned the success of the last record. Did you ever think this would happen to you?

Not really. I’ve been making music since I was 16 and got signed when I was 19 in the early 1990s. I had a few record deals go horribly wrong, and in my early 20s we were a hard working band but we didn’t get anywhere. It would’ve been nice for some of the offers I get now to have happened back then when I had more energy. But it’s probably a blessing because I was quite hedonistic! Maybe I wouldn’t have lived to tell the tale. Regardless, the main thing for me is to make sure I keep doing another record, keep on going. I want to do more art too, I want to explore more of that part of my world. I was going to go to art college in Brighton when I was 18 but got a record deal instead, so I’ve never explored it properly. I still need to branch out.

You’ve named the opening track after the proto-abstract painter Hilda af Klint. Have you been a fan of hers for a while?

It’s a new-ish discovery for me, in the last year and a half. I was in Liverpool and saw a lot of avant-garde art at the Tate, looking at creativity beyond being a musician. I stumbled across her process and her story – how she used séances to inspire her to paint, and how she would form secret societies and paint for days. Not only is it cool, it’s interesting to see how people create stuff. This album is about creativity and how it comes to you. I always ask people how they create, I find it fascinating.

Was there something about the secret societies and séances that you thought your music reflected too – the mysterious synths and, to use your phrase, space echo?

Yeah, I think the connection between magnetism and electricity, new scientific discoveries in Victorian times and mysticism, is there. I grew up Catholic, so these things were alien to me, I was always told that they were blasphemous. Nowadays that search for the higher plane really appeals to me.

Do you see yourself in Klint?

I think when you have an idea for a song, when something is thrown into your head and it’s really clear or loud or vivid, I always wonder where that has come from. Is it just a combination of stress and brain chemistry or the result of something in your life, you just don’t know. I just find it really interesting how people create and her story in particular fascinates me.

Malcolm Mooney has a spoken word part on the album. I understand he’s an old friend of yours and your husband’s. When you were making the track, did something about it stand out as being appropriate for his voice?

Yeah, I did the skeleton at home and went into the studio and tried absolutely loads of stuff to go on top of it. I did a drum machine track and told my guitarist, “come play the drums, you know, like Ringo”. Eventually I just wanted a brooding, dominant spoken word part, and I knew Malcolm was coming over to the UK, so it was a perfect scenario. At first I think he thought it was terrible, because I sent him a terrible home demo with me playing violin. But I convinced him. It’s awkward when someone’s a friend and a respected artist, it’s not a given that he’ll do it, but I went with tail between my legs. Malcolm’s great, and I think it works well.

I think a lot of us have an image of you and your husband (Andy Votel, owner of Finders Keepers Records) sitting at home with enormous towers of dusty records from obscure European labels. Are we close?

Yes, our house is basically a museum of records. I’m tripping over all the time. Secretly he’ll buy volumes of French comics from by-gone times and I’ll pick one up and ask him how long that’s been there. I’m not a collector, but being married I have these things by default, what’s his is mine and likewise.

Are there things that you listen to at home that might surprise us?

I like a lot of pop music, I always have done. I’ve got a collection of strange music and in the past couple of years I’ve become interested in Lebanese music. Whenever I’ve got a spare five minutes, I try and learn about that, but because it’s all in Arabic it’s quite difficult to understand. But I’ve got crappy pop records with these unusual Lebanese orchestral movements over folk songs. I don’t know if that’s surprising! I used to listen to a lot of heavy music and go to Slayer gigs and that kind of thing too. It’s an important part of growing up, I think.

When are we going to get our Jane Weaver album of Slayer covers then?

If it was up to me it’d be this year!

We’ll hold you to it. You mentioned that you avoid new music when you’re writing. Do you listen to anything during that time?

It’s just new music I keep away from. On a nerdy production level, I do like listening to old records and how they’re made. How the sound picture is, where the bass and drums are structurally. When I work with my engineer, I’ll play him a disco record and we’ll talk about how we can split the vocal like they do, things like that. It’s just about trying different things, moving bits of sound around.

The tour is around the corner. Are you raring to go?

Yeah, I’ve got an amazing bunch of musicians that I’ve worked with for the last couple of years. We’re all in rehearsals now, getting everything sorted. It’s sounding good, I’d like it to be like the record but with room to play around on top. For the last record, I was ill-prepared for anything and we were thrown in at the deep end. This time, I’m trying to do a lot of large visuals alongside the music to try and make it a bit more of a production.

And finally, have you got a recommendation for our readers of something that you’re listening to at the moment?

I’ve been listening to a lot of Curved Air this week. And I’m listening to Aquaturbia, a Chilean psych band, that’s pretty good. And I really like the Exploded View album, there’s a contemporary one for you.

Jane Weaver’s Modern Kosmology is out now through Fire. Tour dates and further information can be found here.