Kevin Morby: “I always felt that I could do something unique and creative” – Interview 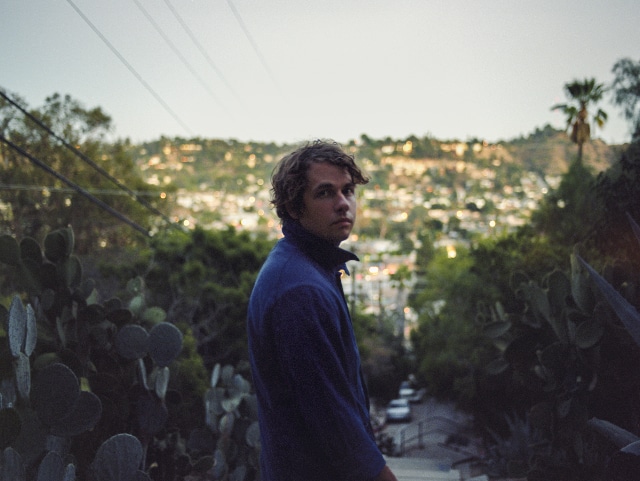 Kevin Morby is understandably tired. “This is my last interview of an eight day promo trip,” he explains. “It’s more exhausting than touring somehow.” Nevertheless, he doesn’t seem to be complaining. If anything, he is more than happy to discuss the progress of his career so far and his new album Singing Saw, which represents a major step forward in both his artistic success and his profile. If his first two solo albums inevitably prompted some rather predictable comparisons with the likes of Bob Dylan and Leonard Cohen, Singing Saw considerably expands his range and depth.

Whilst Morby might be a new name to many, he has in fact been working industriously and prolifically for a number of years, playing bass in the band Woods (he has now left the band to focus more on his own projects), collaborating with Cassie Ramone of Vivian Girls in The Babies and releasing three albums under his own name. He seems single minded and focused, the sort of musician who simply could not imagine doing anything else. He also speaks restlessly and quickly, making it clear when he has finished what he has to say by suddenly increasing the tempo of his sentences before coming to an abrupt halt. He seems to enjoy directing the flow of conversation, and it’s easy to understand why he has re-aligned his career to focus on the projects where he has the most control.

One of the most significant changes for Singing Saw is Morby’s greater emphasis on arrangements. “This was definitely something that was in my head as I was writing,” he says. “The records I was listening to and that influenced this album all had a lot of arrangements. Also, I wrote this one completely alone.” This explanation is interesting, particularly given that promotional material for Singing Saw rather romantically captures Morby wondering the outskirts of his adopted home of LA at night, observing the city and writing.

The resulting work, however, feels far from solipsistic or introspective. “My other albums are a little more sparse, a little more energetic,” he explains. “They were both written on the go, without a lot of time to think. Some of the songs were written really quickly at soundchecks. For this one, I was by myself and I could map it all out – a bit like I was in a laboratory.”

“After the sun goes down in Los Angeles, it becomes this kind of creepy, eerie place. It’s definitely creepy, but it’s also beautiful.” – Kevin Morby

The album is full of intriguing sounds (piano, angelic backing vocals, the ‘singing saw’ itself, incandescent guitar improvisation, saxophone on Destroyer) that do feel a little like experiments for Morby (they produce satisfying results), but they also have clear reference points too. “The Leonard Cohen live album,” [Live Songs, 1973], Morby says, enthusiastically. “I really want to see him live, everyone says he’s incredible. It’s very loose, it felt like a hippy party up on stage but there’s a lot going on – it’s this beautiful, textural thing.”

Morby has clearly absorbed some of this in approaching textures and dynamics on Singing Saw, as well as imitating some aspects of Cohen’s laconic 1970s vocal delivery (this is particularly noticeable on the gorgeous Drunk And On A Star). The songs create their own worlds. Even something as relatively spacious and open-sounding as the opening Cut Me Down has its own distinctive atmosphere.

Morby’s reference points are not all as transparent as his admiration for Cohen. I mention his current label mate Bill Fay, as I can hear some of Fay’s combination of lavish arrangements and conversational intimacy in Morby’s approach. “I’m a big Bill Fay fan,” he admits. “I connected with him through my label [Dead Oceans] because they’ve been putting out his recent records. I was covering one of his songs a while back and my label sent him a recording and he sent a very nice message back – he seemed very sincere.”

It’s also clear that Morby is as drawn to his musical peers as he is to canonical figures such as Dylan and Cohen. “I also really like more contemporary songwriters such as Cass McCombs and Jessica Pratt – and I’ve always been inspired by literature and film too. I’m a big fan of fiction and I like to write from the perspective of a character.” More surprising still is Morby’s immersion in the Ethiopiques compilation series. “I love Mulatu Astatke and all of that – I think Jeremy from Woods introduced me to it. There’s a volume which is just solo piano – that was a really big influence on me.”

Morby references Nick Cave‘s The Boatman’s Call as well, one of a few records that may have inspired Morby to place greater emphasis on piano on some tracks. Another album that had an indirect influence on the sound and approach of Singing Saw is The Band‘s The Last Waltz. “I got invited to sing a song at the Complete Last Waltz,” he says; this was a reconstruction of the concert that was filmed and recorded for The Last Waltz. “This is where I met Sam Cohen, who went on to produce and play on Singing Saw.” This seems to have been an important event – given the significant input Cohen has had in defining the sound of Singing Saw and realising Morby’s increasingly personal vision. 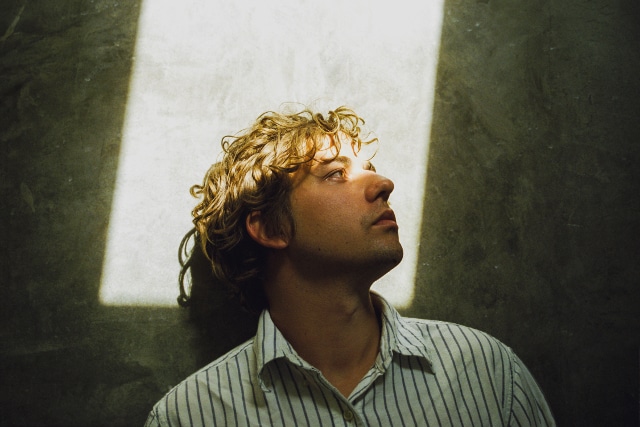 One of the key sonic choices is to use the instrument that provides Singing Saw with its title. Was this because of the instrument’s sound or because of some ideas behind it? The answer, of course, is a combination of both. “The idea, definitely,” Morby says at first. “After the sun goes down in Los Angeles, it becomes this kind of creepy, eerie place”. I immediately think of David Lynch‘s Mulholland Drive and Morby qualifies his thoughts. “It’s definitely creepy but it’s also beautiful.”

Yet the key point is that Morby was in search of a sound that captured this feeling. “Where I live is a canyon that overlooks the city. I wanted to use the singing saw as a metaphor – an instrument that creates a sound that is both beautiful and eerie.” Morby moved to LA from New York City. How significant are the differences between the two cities as places to make music? Morby seems very clear on this. “Everything in New York is very immediate. When you’re creating music there, someone’s always just come from something and you’re all on your way to do something. It’s very energetic and you’re always bringing to practice the stress that it took to get there. LA is a lot more laid back! Maybe someone might have somewhere to go, but not for a while. You can feel that with people who make music there.” I suggest that there is often a feeling of space in music emanating from LA. “Yes, you have the literal, physical space of course.”

“As a musician, you evolve just by doing things, whether they bring you success or not.” – Kevin Morby

Whilst some of Morby’s contemporaries seem to have portfolio musical careers, playing in as many contexts as possible (Steve Gunn, for example), Morby seems to be rationalising his own path, stripping back to the core essentials and the areas in which he can be most creative. Would he ever revert to a band project again? “There are times when I think I might do something under a band name,” he says, “but then I always think I’ll just do it under my own name. I like people’s careers when they are sporadic and when they cover a lot of ground. It can be fun to think you’re going to write for a band though – there’s less pressure, so you might write differently.” Morby seems to have a thoughtful, usefully self reflective approach to music making. “No matter what you do,” he says, “in my experience as a musician, you evolve just by doing things, whether they bring you success or not. Everything is an experience and it usually leads to something new.”

Did the other playing situations he has been a part of (Woods and The Babies) have an impact on the direction of his solo work, particularly Singing Saw? “Well I certainly learned a lot. It’s almost like learning a trade – and I was then able to apply it to myself and what I do. Every step of the way is a learning process. You play horrible tours and shows but the bad ones might even be more important than the good ones. There were tours with The Babies where we would lose money, no-one would come and I would get sick, and you do start to ask questions. Eventually, you start to see that there’s a point to it all – it’s all part of a greater whole.”

This rather philosophical outlook seems essential to staying grounded as a musician, particularly when some of the challenges appear only to be getting tougher (Morby says that the internet has created a new set of obstacles as well as considerable advantages). What drew Morby to such an unpredictable life in the first place? “From a young age, I’d see bands in my hometown and I’d think, ‘This is good, but I can do it better’. It might be embarrassing to mention this, but I remember watching a Billy Corgan interview where he said he’d see bands on TV and want to make better music. I always related to that sentiment – I always felt I could do this, that I could do something unique and creative.” The combination of Morby’s sanguine and considered response to adversity with this unshakeable self confidence suggests he is very well placed for the long haul.

Kevin Morby’s new album Singing Saw is out now through Dead Oceans. Tour dates and further information can be found at kevinmorby.com.