On travelling to Tanzania for new album Wachaga, his work in film and animation, finding inspiration through location and the Israeli music scene 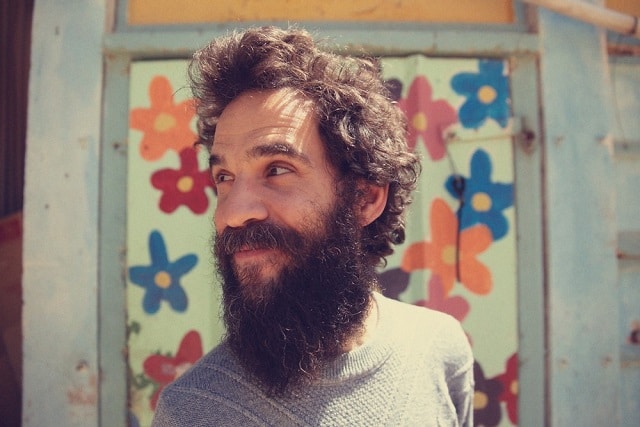 For the last 15 years Israeli musician and producer Ophir Kutiel has pursued several artistic projects under his Kutiman alias where the worlds of music and video have intersected and overlapped in heady, fascinating style.

For his latest album Wachaga he visited Tanzania to record the chants and percussion of various local choirs, returning home to incorporate them alongside his own musical additions into a broader, free-flowing piece of work. The resulting album has a sound that is alternately rich, burgeoning and raw, with its hypnotic and immersive meshing together of sonic elements helping to make it one of 2020’s standout albums.

His other musical projects have included creating multimedia portraits of various cities, a Greenpeace commission based around the continent of Antarctica and other stylistically diverse albums that draw from the worlds of jazz, funk, downtempo electronica and library music/soundtracks. This year has also seen him link up with former collaborators, most recently with Turkish singer Melike Şahin on new single Elimi Tut, showing how he’s driven by a restless creativity.

Earlier this year you released Wachaga, a really distinctive album with an interesting story behind it. Can you explain a little on the background to it?

In 2014 I was invited by a travel company to create a project in Tanzania and Zanzibar. The initial idea was to film and record different local tribes and musicians and then mix all the footage and sounds together into one track like I did in my Mix The City projects. I was very happy about this opportunity as I love African music and have been inspired by it ever since I discovered it. I traveled to Tanzania and Zanzibar for two weeks and had a very busy schedule filming and recording, going from one place to another. The people were very kind, the music was very deep and the nature was just breathtaking. It was an unforgettable experience.

What was your relationship with Tanzania and African music like before travelling?

I love African music. I’m not an expert on all the genres and styles but I’ve been listening to a lot of it. The first time that I remember myself blown away by music in my life was when I first heard Yeke Yeke by Mory Kante. I was 6 when I heard it on the radio and the groove just drove me mad! It was like nothing I had ever heard before. Before the trip to Tanzania I did a bit of research on Tanzanian music and learned what I should expect and what I would like to record.

How did you find working with the local choirs and musicians in Tanzania? How did they respond to the project? Did they welcome the chance to work with you?

All the musicians and choirs were very kind and welcoming. We had a short but great time together. It’s a cliche but music is a universal language. It can instantly connect people with very different backgrounds and bring them together. After the album was finished we sent the album to our contact in Tanzania and they loved it.

Did you try to plan most things in advance or was there an element of chance happening/ improvisation? How did things like communication/ logistics work?

I tried to plan some guidelines but ultimately it was all improvisation on the spot. In most projects that I do with musicians I decide on a scale that I want everyone to play on and sometimes a bpm. Most of the musical groups in Tanzania that I recorded with weren’t really professional musicians with theory knowledge or anything like that. They knew how to play beautifully but I couldn’t guide them too much so I mostly just pressed record and enjoyed the show. I had an amazing producer and a local guide with me that took care of logistics and helped me with the communication although it always surprises me how much can be communicated with just face expressions and hand movement.

Once you returned home was it difficult to strike a balance between retaining the original sound of the local artists and adding your own contributions?

The initial idea was to mix all of the recordings together and not play my own music on it but when I went over the materials I felt like I wanted to go deeper with this project. At the time I was really into spiritual jazz so I played the recordings from Tanzania and started improvising on top of it with different instruments. Very quickly I realised that this was the direction I wanted to go with it. I didn’t give it much thought musically, I just played the recordings and recorded whatever came out of me on top of it and then edited it all together at the end.

Some tracks on Wachaga have a strong electronic feel, especially the likes of Copasavana. There’s a label in the UK called Ghost Box that releases more unusual electronic music that I was reminded of while listening to the electronic aspect of that track (and other tracks have a similarity to some artists that you’d find on the Warp label also). What was your approach to incorporating electronic sounds into the album?

I love electronic music and have a couple of vintage synths that will produce these kinds of sounds. I love to mix them with acoustic instruments and try to find this balance where they all fit naturally together. Thanks for the Ghost Box tip, I’m actually listening to it right now.

The tracks on Wachaga come with accompanying films which really complement the psychedelic/vintage nature of a lot of music really well. Did you feel it was important to capture a visual element to the project?

As well as music I was always into visuals. Years ago I did some computer animation and I’m actually getting back into it today. Then I started filming and also got into the whole video cut and paste thing so the visual side was always interesting to me. I have all kinds of vintage analog VideoFX toys which I ran some of the Tanzania footage through. There was no computer involved in the creation of the visuals so it was an ‘on the fly’ intuitive process, in a way similar to how the music was recorded.

You released an album last year that was inspired by Antarctica and you’ve also released singles named after particular cities (Hamburg, Tel Aviv, Istanbul). How do you think location and environment influences your music?

My everyday routine is mostly working alone in a closed studio. I love it but it doesn’t have any new experiences in terms of environment or people or anything unfamiliar from the real world. That’s 99% of my time so I think every new experience out in the world affects me strongly and therefore affects my music. The Hamburg, Tel Aviv and Istanbul tracks were all part of a video series called Mix The City, where I travelled to a city and filmed local musicians improvising in different locations around the city. I then mixed them all together with some footage of the city that I shot into one video. That was actually what I was invited to do in Tanzania in the first place.

You’ve also just released a new track with Shai Tsabari and you’ve got another with Melike Sahin coming later this month. How did those pieces come about? Collaborating with other musicians is obviously something you find fulfilling.

I record a lot of music in the studio in different directions and genres then sometimes I feel that a track can become a song and I try to think of which vocalist would be a good fit. Shai is a good friend of mine, I love his voice. Whenever I have an opportunity to work with him I do. I met Melike when I was in Istanbul a few years ago and I love her voice and Turkish music in general (my father is actually originally from Istanbul). So, we started working together remotely and I love what we produced together.

I actually don’t work with a lot of other artists. Most of the time I love being alone in the studio, I see the collaborations or even just playing music with people as a very intimate thing. I must feel connected on a personal level to the other artists in order to stay authentic.

You’re currently based in Israel. How would you describe the music scene there? Are there any local artists we should know about?

I am in Israel but in a tiny remote village so I’m far away from the music scene but some of my friends are amazing musicians and have some wonderful projects like Sefi Tsizling, Liquid Saloon, Sababa 5, Ouzo Bazooka, Kalbata, Obas Nenor, Uzi Ramirez and Karolina. In general I think the mainstream in Israel is pretty conservative musically and the underground is very creative and open but it’s impossible to make a living from being an underground musician here. I hear there is a new generation of musicians and producers coming up that might change that.

Your music incorporates a lot of different styles and ideas – are you a big listener/consumer of music? Are you able to listen to other music while you’re busy creating your own? Has there been anything in particular you’ve been enjoying lately?

I get excited very fast about new things and ideas. When I’m into something I’m all in, whether it is a new genre of music or a new instrument or camera or software. I actually don’t listen to a lot of music because usually I don’t have the time for it and I’m also not the digger\collector type. I don’t have any records and most of the time I don’t know what I’m listening to (Spotify takes me where ever it wants) but in the past few month I’m obsessively into learning 3D animation so suddenly I now have a lot of time listening to music, most of the time it will be ambient or Indian music. To answer your question I’ll just open my ‘liked songs’ playlist from the past week and name some of the artists – Jon Hassell, Art Feynman, Arp, Laurence Pike, Kala Ramnath, Alabaster DePlume, Abul Mogard.

You’re a really prolific artist. How do you stay inspired and motivated? Is the urge to make music something you experience naturally?

I love to learn new things whether it’s a new instrument or a software or a new technique and today’s technology and the ability to learn and order anything online makes it a heaven if you have the curiosity which I guess I have. I also live in a very quiet place with nothing really to do other than stay in the studio all day so this is what I do and hope to keep doing just that.

Is there anything else you’re working on that we might see at some point?

Kutiman’s Wachaga album and Emili Tut, his single with Melike Şahin, are both out now on Siyal. Further information can be found here.