OMD’s Andy McCluskey: “There are lies all over modern international politics” – Interview 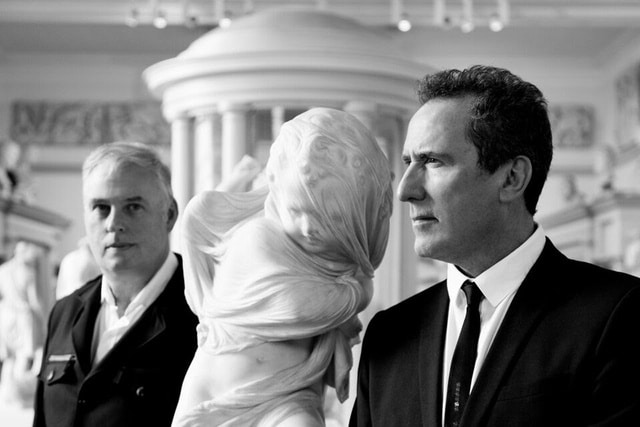 Andy McCluskey is in high spirits. That in itself is an obvious statement, for in previous interviews with this publication he has never been anything but. One of the more humorous front men in 1980s electronic pop, he is immediately talkative and easy to listen to. This time there is another reason for his positive demeanour. His pride and joy, Orchestral Manoeuvres In The Dark (OMD), have completed the third album of their second incarnation. The Punishment Of Luxury is its intriguing title, and cements the rich vein of form the band have hit of late.

McCluskey is all too pleased to hear this. “I’m delighted you’re saying so, as I’m always a little nervous around the time of release and reviews,” he confesses. “It’s like unveiling a new baby. We spent four years working on its best ideas and pieces of music. At this stage in our careers there is no point in releasing stuff that isn’t good quality, and now we have enough time to work with it to ensure that it is.”

And what of the provocative title? “I think the dilemma we face in the Western economy is that the wealthy countries are better off than they have ever been before, but they seem to be so unhappy. People are so busy staying up with the now that they don’t exercise their brains, and they can be manipulated by other people who make us feel unworthy on social media and the like.”

OMD tap into this specifically on Isotype, one of the album’s most striking moments. In it McCluskey sings about the amount of white noise there is in communication now – and the impacts it has on direct communication between people. “It can be seen as part of the issue. I am a fan of reductionist art – cubism and constructivism – and I like the original isotope, reducing communications to clear signals. Now you have to know the language you are using, and if someone sends you a text with a hieroglyphic you have to know what they mean. Very often I find I’m ambivalent about things. I think the golden Kraftwerk age was about translating that optimistic, utopian vision of a future where technology, machinery and science would make the world a better place. Our English Electric album said it has become dystopian. On Autobahn the road is a grey ribbon through the green countryside, and there is no traffic jam, no accidents – but then you see when Kraftwerk have updated their shows, Radioactivity is decidedly anti-nuclear.”

Speaking of the German quartet, McCluskey throws them a bit of a nod on the album with the title of Robot Man, though its subject is much closer to home. “It is actually autobiographical,” he says. “I am concerned people will think of our Kraftwerkian past but it’s the opposite. It’s about taking off our emotional armour and daring not to be mechanical – but all done over a crunchy, mechanical track. It’s important to have that sense of humour, I think.”

The album is deeply felt, particularly in the romantic ballad One More Time and the slightly more considered As We Open So We Close. Does McCluskey think this is where OMD score highly, blending technology and romance? “I am glad you asked me because that is absolutely something we strive for. In the early days we never really analysed what we did, but we have looked at the harsh, repetitive, linear rhythms, and they act as a foil for what is essentially humanity and vulnerability. The emotions are magnified and in dfg8 the angular, glitchy pattern. Only once I understood the tune and could go back to it, but the best songs often reflect the human condition. It’s nice to be musical if you can around that. Strong feelings happen, and we hopefully manage to capture them.”

“People are so busy staying up with the now that they don’t exercise their brains, and they can be manipulated by other people who make us feel unworthy on social media and the like.”

Inevitably with a powerfully felt album such as this in 2017, the state of the world is a factor in its composition. “We think, we observe and we feel,” McCluskey ruminates. “Anybody who does that is bound to be affected by the state of things right now. The world is in many ways getting better, but certain things are depressingly common, sad and negative. We are so blessed, most of us – we have everything that we require, but we are so brainwashed into thinking that we are not in that position – and that is the true punishment of luxury. I’m not saying that anxiety and depression are not real, but that powerful brain when touched by people who make you feel unhappy, it’s a sad and painful thing. If you have enough in life then you can take pleasure from the smallest things. People seem to delight in the nostalgia of Poldark, or somebody driving a Morris Minor down the road and going off for a picnic. They love it, but the reality they then choose is completely different. We’re not on a crusade here, but the fact I’m doing this interview about an album I want you to hear… the irony is not lost.”

The OMD renaissance was for a while threatened when in 2013 drummer Malcolm Holmes suffered an on-stage heart attack in Toronto. Whilst it was a traumatic time for all involved – and Holmes has thankfully made a full recovery – McCluskey also feels it benefited the band. “For 12 months we did nothing,” he recalls, “and it was a blessing. We’re blessed but as a business, everyone keeps saying that you must sell more, make more money – and you miss the blessings of spending time with the people you love. That lesson was handed inadvertently to us by Malcolm’s illness. We gave our creative well an opportunity to fill up again and make a strong album with the pressure of having to make one.” 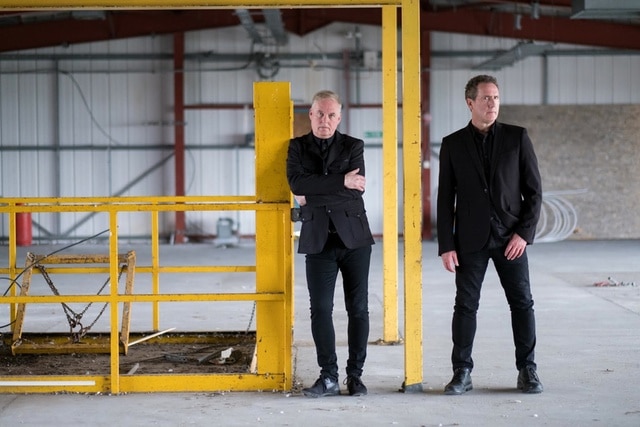 One question is begging to be asked about the new album, and specifically about the song Kiss Kiss Kiss Bang Bang Bang. Here McCluskey delivers an entirely unexpected ‘fuck you’ to the subject of his ire. “Yeah,” he says heavily. “Whenever we hurt it’s always easier to blame somebody else. This was my opportunity to throw a personal hurt at a broader, perceived evil. There are lies all over modern international politics, but on this occasion I was able to exorcise a particular demon.”

Clearly McCluskey wants to keep the identity of said demon close to his chest – and presumably we won’t hear it live either. “We know it’s OK to do so many songs from the new album live,” he says, “but we have a rich history of 39 years and it would be remiss of us not to play a lot of songs from it. We have 13 albums, and about 160 songs available to us. It’s a balancing act – we will probably play five from the new album, then one or two from the others. I went to see Kraftwerk when they toured recently, and they didn’t play Europe Endless – I was pissed off at that! – and yet they then played Vitamin, which does nothing for me! If we were a new band then we would learn the whole album and play it, but we won’t for the autumn tour.”

“People seem to delight in the nostalgia of Poldark, or somebody driving a Morris Minor down the road and going off for a picnic. They love it, but the reality they then choose is completely different.”

In effect OMD are two bands, however – the band that reformed in 2006, and the band before that whose back catalogue is now commemorated on reaching lengthy anniversaries. McCluskey recognises the dichotomy. “A couple of people have scratched their heads and said, ‘you do new albums, but you play old festivals!’ We have discovered that we can fill the Royal Albert Hall and sell it out with Dazzle Ships, the album that nearly killed us. We are allowed to wear various types of creative hats, which means that it’s great being in OMD now. The raison d’être was to do something different, to challenge the stereotypes. When we reformed we didn’t want to be a tribute band to ourselves. History Of Modern (their comeback album) was us finding our feet again, and expressing our music in a craftsmanly way. English Electric and The Punishment Of Luxury have reconnected with the older OMD, and are being talked about as the equal of the first four albums, which is wonderful. If you have achieved to a large degree what you set out to do that’s satisfying. Not all acts can do that, and some cobble together the older things as part of their new work.”

With so many ‘downward facing’ stories at present, what keeps McCluskey in his typically positive frame of mind? “I’ve always had a lot of energy, and I don’t take myself too seriously. I have always been a worrier, but the worries are my anchor rather than my demons.” He still likes contemporary pop music in abundance, reeling off a number of familiar names. “There are quite a few. Some are not brand new, but I like Robyn, Hot Chip, and Atom TM, who makes music that is fabulously glitchy. I like bits and pieces of other bands, but most doesn’t resonate with me – 99% I would say – but what does resonates really strongly. I would heartily recommend Magnetic Pets, who are touring with us – I think they’re very good.”

And with that, time is up, and McCluskey bids a cheery farewell. Even when discussing an album with more negative lyrical connotations than much of OMD’s canon, he remains a positive and driving force, an ever-present twinkle in the eye of today’s English electronica.

OMD’s The Punishment Of Luxury is out now through 100%. Tour dates and further information can be found here.