Pulled By Magnets: “It isn’t about darkness or light. It’s about energy and creation” – Interview

Seb Rochford talks about his latest musical project, exploring his family heritage in India and finding inspiration in old texts. 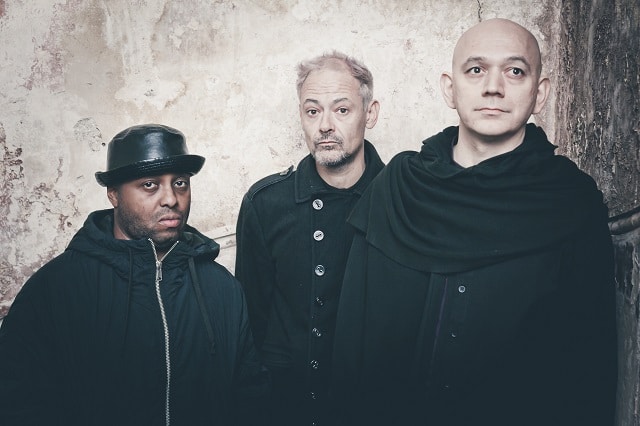 There can be few musicians more versatile and adaptable than Sebastian Rochford. He first came to prominence as the driving force behind Acoustic Ladyland, initially a small ensemble exploring acoustic contemporary jazz inspired by Jimi Hendrix but then morphing into the vanguards of a punk jazz aesthetic that proved highly influential in the London jazz scene in the mid-2000s. Rochford also lead his own band, Polar Bear, sharing some members (saxophonist Pete Wareham and bassist Tom Herbert) with Acoustic Ladyland and veering between snappy rhythms and freer experimentation.

As a co-founder of the original line-up of Shabaka Hutchings’ mighty Sons Of Kemet, he injected that band with its sense of propulsion and groove, interacting joyfully with second drummer Tom Skinner. In addition to this, he is an established drummer for a number of rock and pop acts, having toured extensively with Patti Smith and recorded with Paolo Nutini and Brian Eno and David Byrne. Rochford is a uniquely open-minded musician, open to exploring multiple facets of the role of the drummer.

Having left Sons Of Kemet and called time on Polar Bear (a uniquely long running and stable ensemble in a genre that tends to be musically promiscuous), Rochford took some time before re-emerging with his new ensemble project Pulled By Magnets (the line-up again including Pete Wareham on saxophones and also bassist Neil Charles, with whom Rochford has previously played in Zed-U and with Jason Yarde). “I wanted to have time to work out what it was I wanted to do. I feel like if I don’t have something to say musically, I’d rather not say anything. I needed to work out where I wanted to be”, he explains thoughtfully.

Rochford speaks slowly and often takes considered pauses before responding, an approach that becomes increasingly understandable as we investigate some of the personal inspirations behind the new material. The process of discovering the unique musical expression of Pulled By Magnets began more with feelings and ideas than with the influence of other music or particular aesthetics. “For me, this album was more influenced by my feelings”, he claims. “I was reading quite old texts and religious texts and thinking differently about what is darkness, or light, or good, or evil? I wanted to think about it more holistically. But the album isn’t about darkness or light – it’s about energy and creation.”

This idea of creation seems to be linked with a process of defining individual identity and culture, and Rochford returned to India partially in order to explore his own Anglo-Indian cultural heritage. He is understandably quite keen to express these thoughts carefully and in his own terms. “Being light skinned, a lot of people don’t believe me when I tell them about my heritage or even tell me I’m lying and I’m not an isolated case of that. Part of it was me owning my own heritage and I needed to go back to India to understand exactly what my ‘Indianness’ is. It’s not about what people say I am or am not – it’s about how I feel about it and seeing my family there. It was an amazing experience. It’s a complicated society but there’s a sense of home there for me because there is a set of things that I recognise that have been part of my life.”

Rochford’s lineage is Anglo-Indian, a mixed heritage dating back to the early nineteenth century. At that time of colonial rule in India, the British government had been paying soldiers to get Indian women pregnant in order to establish a trusted workforce, with those women also not having the choice to keep their names or religion. Rochford argues that it is essential to illuminate these sides of Britain’s colonial history.

Going back generations, Rochford has identified an Irish soldier in his mother’s Indian family. Future generations of Anglo-Indians cemented their own culture, identifying as Indian but speaking English and practising Christianity. “There’s not that many of them left now but they don’t have an easy existence – they still get abuse. It’s a mix of Indian and British culture – but they are essentially Indians. It’s really complicated for me to own this history but it’s also important for me to be proud of who I am and to understand what my Indian heritage is”, Rochford explains. This feeds into the music he has made with Pulled By Magnets because music is a process of documenting “what is going on around me and inside me – this was the case with Polar Bear and it’s the same with Pulled By Magnets. This album is about me saying that it’s me who defines who I am and not anyone else.”

In addition to reconnecting with family and exploring his cultural heritage, part of Rochford’s trip to India involved lessons in the harmonic and melodic content of the music with a family he met in a local temple. “She said you start tomorrow and you have to come seven days a week”, Rochford laughs. “So I’d wake up, practise, go to my lesson, come back and do some more practise, every day. It was an amazing experience.” While these lessons introduced Rochford to new musical concepts and approaches, the visit to India also provided what he calls a “sonic cleanse – a break from all the sounds that I’m surrounded by”. This perhaps helps explain why Pulled By Magnets sound very different from Polar Bear.

“I wanted to have time to work out what it was I wanted to do. I feel like if I don’t have something to say musically, I’d rather not say anything”

So how did Rochford go about forming the ensemble and organising the recording that would encapsulate these feelings and ideas? Rochford describes bassist Neil Charles as “a really honest person.” and “quite an anarchic musician.” He goes on to describe watching Charles play with Ethiopian jazz legend Mulatu Astatke: “He was just playing the groove but even with that, the way he played it was really anarchic and the groove was just unbelievable.” Rochford also clearly admires the risk taking and adventurous elements of Charles’ musicianship. “He’s also got this side to him where he can pull anything out from under you. You never know when he’s going to do that and I love it. Sometimes when he played with Polar Bear (Charles frequently joined the band when Tom Herbert was unavailable), he would suddenly play really quietly and pull the whole dynamic of the band down. Sometimes he would not play certain notes and the music would suddenly become something else because he was emphasising a different part of it.”

Like Rochford, Charles has a background in punk bands as well as in jazz and improvising. “I thought he would get this music – both the punk aesthetic and the classical Indian aspect that maybe isn’t apparent to a lot of people.” Pete Wareham, of course, is a long-standing musical collaborator. “We’ve been playing together a long time”, Rochford says. “Almost 20 years now. I just love the way he plays my melodies and I wanted him to play these melodies.”

Rochford claims that his reading and experience had a direct impact on the music on Pulled By Magnets’ Rose Golden Doorways. “There were certain lines in the texts that I was reading that would resonate in a certain way and I’d write them in my book, show them to Pete and Neil to remind us of the meaning of the music and to get away from things that could distract us.” Many of the concepts and feelings Rochford has described make sense when listening to the music. It can be all consuming and powerful, perhaps even doom-laden, but it is also textural, with a graceful ebb and flow. On Those Among Us, there is a sense of Rochford’s drumming creating waves or sheets of sound. At other times, he is exploring a methodical slowness in the grooves. There is a sense of a kind of peace emerging from a storm. It is also the kind of contemporary music that is difficult to categorise, with a real fluidity between composed moments and improvisation so that it becomes hard to know when one ends and the other begins.

Even the presence of saxophone is heavily disguised with effects and the sound of the space (it was recorded in a church in Stoke Newington). “All the music was worked up from charts”, he explains. “It’s actually really specific – I had been hearing a lot of nine, ten and eleven note scales. But there’s also a lot of freedom for Neil and Pete to explore and change things. I wanted the feeling of not knowing when it was improvised or not.” Of the role played by the church in the sound of the recording, Rochford says “these kind of rooms are amazing bullshit detectors. I wanted that as part of the music – I wanted it to be honest. Even the way I’m playing the drums – I’m playing in a different way – I wanted the sense of giving in to the bigger thing.” The music has surface qualities – such as the extraordinary use of effects (“Pete uses his effects like another instrument”) and natural reverb to create a huge sound with just three musicians, but it is also compelling and immersive, rich in small details and subtle articulations. Rochford is clear that he wanted Pulled By Magnets to be a live band and that the music “should be informed by the way we play rather than the other way around.”

Does Pulled By Magnets have the kind of longevity as a project that Polar Bear enjoyed? “In terms of band projects, this is going to be my focus”, Rochford affirms. He may prefer to remain silent until he has something to say, but it is incredibly rare to find Rochford stuck for ideas or musical language for any length of time. “I’ve already started writing the next album, which is going to be different. But I’ve also made a duo album with (pianist, organist and composer) Kit Downes which I hope will be coming out next year.”

It is, of course, frustrating for both musicians and audience that Pulled By Magnets’ plans have been derailed by the Covid-19 pandemic (a London gig had been planned for June but has since been cancelled, the band now hope to tour late in the year). The ever-adaptable Rochford seems to have been handling lockdown well, however. “I’m doing a lot of practice and trying to keep my mental state good”, he explains. “I have a little mini-studio going on – there’s an antique square piano that I’ve been using as a reverb unit. It’s been fun improvising with stuff.” Rochford remains restless and inquisitive, always looking for the next sound or the next idea.

Rose Golden Doorways by Pulled By Magnets is out now on Glitterbeat Records. Further information can be found at pulledbymagnets.bandcamp.com

Pulled By Magnets MP3s or CDs

Pulled By Magnets on Spotify