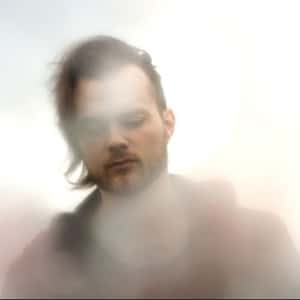 Ásgeir Trausti’s album, Dyrd í dauðathogn, became the best selling debut album ever in his native Iceland when it appeared in 2012.

The combination of luscious melodies and evocative poetry – most of which was written by his father – was so potent that he decided to create an English language version.

In The Silence will be released in the UK early in 2014, but ahead of a European tour, we spoke with Ásgeir about growing up in tiny villages and having to record the same album twice…

Where are you at the moment?

My home in Reykjavik.

We were in New York two weeks ago, then there was one small concert in London and straight back home the day after. The big tour starts on 12 November, all around Europe, finishing on 17 December.

Did you do much travelling before this all started?

No, not at all. We started touring last December, but before that I had been outside of Iceland maybe three times and only because I was competing in javelin, so I had to go to training camps.

Do you still compete or train?

No, I don’t have enough time now. I got very injured when I was 18 so I had to stop throwing javelin. I was always into sports though so I kept that going until the music became a serious thing.

What’s been your favourite gig so far?

The most memorable was just a few months ago, at the Pohoda festival in Slovakia. The weather was like nothing else, really hot. It was totally our favourite festival. There were great bands performing and we had a lot of free time to wander around and see cool bands like Atoms For Peace.

What’s the difference between In The Light and the Icelandic original?

Only the vocal – we didn’t do anything to the instrument parts at all.

But the English vocals fit so beautifully, it seems incredible that they’re a translation.

It was a really hard process. We recorded the album in three or four months in the summer of 2012. When you finish an album, having been in the studio constantly for that time, you are just so relieved that it’s finished. But then we decided a few weeks after to do it in English, so we had to re-open the album and get ourselves back in the same mindset and try to experience the same emotions all over again. We had to re-record it four times until we felt that we’d actually got it right. And we’ve begun touring now, mixing it in, singing a few songs in Icelandic and a few in English, so it’s finally beginning to feel natural in both.

The lyrics are full of allusions to nature and the passing of the seasons. Where is that from particularly?

Most of the original Icelandic lyrics were written by my father. My father is 73 and has been writing poetry since he was a little child. My mum and dad live in the small village of Laugarbakki and have done for 20 years so he is very influenced by his surroundings.

Was music part of your childhood in Laugarbakki?

Yes, it was a huge part of my life. I have siblings and all of us, including my parents, are really into music in different ways. I got my first guitar when I was six years old so it was the way to go.

Obviously it’s pretty small, but considering what a small nation we are, we have a really wide scene, a wide range of music. Most of the bands come from Reykjavik, but a lot of the people actually come from the countryside and move to the city for the music scene, as it’s the only big city in Iceland. I moved here when I was 16. The scene is very close and most of the people know each other so it’s easy to call up another musician and ask to collaborate or get some help on something. That’s a nice aspect of the it: being able to connect with people.

Is it still a novelty to you to visit a city like New York?

I lived in Reykjavik for two years before it stopped being overwhelming. Every weekend I went home to my little village because I missed the quiet and peace. But now I’ve been touring for a year, seeing these big, big cities and really liking them, and now I think of Reykjavik as a small town!

What is the set up of the live shows?

We have five people, playing piano, synthesisers, guitars, bass and live drums and then the live vocals. When we started we were a 12-piece band with horns and everything, then we worked it down to seven and now five, but we also have it arranged so that we can perform the album as a three piece or acoustically, with two people playing acoustic guitar and singing vocals.

What musicians are you into at the moment?

I’m listening and trying to connect with Aphex Twin as I’ve never really got into it before. And I’m trying to get my head around some Californian hip hop at the moment.

Do you like to listen to music that challenges you?

There’s lots of music that I have to listen to a lot of times before I get it, but then when I do, it’s so cool – I can listen to it forever.

Ásgeir is playing The Exchange, Bristol, on 10 December, Bush Hall, London, on 11 December, Broadcast, Glasgow on 15 December and Manchester’s Deaf Institute on 16 December 2013. In The Light is released through One Little Indian on 27 January 2014.