The Idlewild frontman on the ‘dystopian pop’ of new solo record Lo! Soul, experimenting with sounds, being guided by other musicians and how the pandemic changed working methods 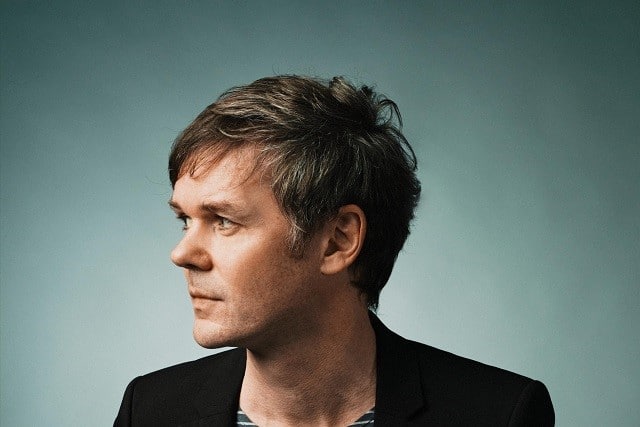 When Idlewild first appeared at the end of the 1990s they brought with them a refreshingly raw and angular energy that infamously saw their early shows described as sounding like “a flight of stairs falling down a flight of stairs”. Over time they expanded their musical horizons, embracing less abrasive styles and enjoyed both critical and commercial success along the way.

This sense of evolution has been evident in the solo work of frontman Roddy Woomble, especially over recent years. Early solo albums like My Secret Is My Silence and Before The Ruin, his collaboration with Kris Drever and John McCusker, may have had a more modern folk sound but last year’s Everyday Sun EP showcased a more electronic, abstract and arguably exciting direction. This sense of experimentation is extended on new album Lo! Soul, which sees him continue to branch out in different areas.

When we talk Woomble is at home in Iona, a small island in the Inner Hebrides located off the west coast of Scotland. He starts to explain the background to the album, which was predominantly created at home last year.

“Most of the people I work with musically live in Edinburgh, Glasgow or London so I normally spend more time in those places, but things have obviously been much more centred at home recently. It’s been a really nice change, I’m not moaning about it. I know a lot of people have had a really bad time lately but for me it’s been quite nice. The record that I’ve made, I don’t think I could have made it under normal circumstances. If I’d gone to Edinburgh to make it for example, it wouldn’t have sounded like it does now. It’s one positive to come out of this forced situation.”

Did he start writing the songs for Lo! Soul soon after he had finished the Everyday Sun EP last year? “Yeah, I had released the Everyday Sun EP and there were around 25 gigs scheduled around it and then the world just suddenly stopped. Those gigs have all been rescheduled, I still haven’t played them yet. So the EP came out and it had a weird, meditative quality that maybe fitted the wider mood, people seemed to like it. Andrew and I had an idea of doing another EP and, over time, it sort of manifested itself into a full album as we realised the situation wasn’t going to change any time soon.”

The Andrew in question here is producer and multi-instrumentalist Andrew Mitchell, a member of Idlewild since 2015 and former member of The Hazey Janes. Last year he released the acclaimed Fugitive Light And Themes Of Consolation, the third part of a trilogy under his alias of Andrew Wasylyk, and it’s clear that he was an important creative foil for Woomble on Lo! Soul.

“The album was all done remotely, apart from three days over last summer when restrictions were eased and I went over to Andrew’s studio space in Dundee,” he explains. “We mapped out the songs and I did a lot of the vocals there, but it was weird in that I’ve never made a record that involves only three days in a studio. Normally it’s more like three weeks.

“The album has pop melodies but it also has a woozy, end of the world feel about it”

“Andrew and I are quite similar people. We both grew up near Dundee so we have a shared history, a similar outlook and similar musical tastes also. I’d known him for many years before he joined Idlewild but since he’s been in the band I’ve got to know him so much better and I love working with him. He’s always got interesting ideas. For example, with the song Architecture In LA, I had written that on my acoustic guitar but when I played it to him he did something really interesting with it. He totally rebuilt the track and took the acoustic guitar out. He has a vision in that way and I’m up for experimenting and trying different things. My music doesn’t have to sound a certain way. My solo records have been characterised by sounding nothing like Idlewild and I find that quite liberating. I don’t have to think about if someone thinks it’s good. I feel a real freedom with it”.

The album is definitely drawn from a different palette of sounds. Was the experimentation with synths something he felt he hadn’t quite finished exploring on Everyday Sun? “Yeah, we first started using them on The Deluder (Woomble’s solo album from 2017) and Andrew and Richie Dempsey (Idlewild’s sound engineer) were both involved in that record also. They’re both really into keyboards and synths and old vintage gear so they were starting to bring that into the mix. My songwriting has to date largely been guitar-based but we were starting to put the guitar to the side. I don’t think there’s any guitar on the last EP and it’s similar with Lo! Soul also”.

“When people think of me they associate me with Idlewild and either anthemic rock songs or folk-influenced songs. I’ve spent 20 years making guitar music but this new album involved a different approach and different sounds and that’s maybe why it has taken people by surprise.” The album has been described as ‘dystopian pop’, a label coined by Mitchell. “I was having a hard time thinking of how to describe it as it has a lot of different elements but Andrew came up with that line. It has pop melodies but it also has a woozy, end of the world feel about it.”

One of the key tracks on the album is Architecture in LA, a light and airy pop song featuring hints of brass, sliding synths and backing vocals from fellow Scot Jill Lorean. It’s one of those tracks seemingly eminently qualified to soundtrack the summer but it’s maybe not as literal as the title might suggest.

“I’ve been to LA a lot to play gigs and spent two months there to record the Idlewild album Warnings/Promises and that’s when I really got to know the city and got really immersed in it. I love the design and culture of it. It’s got such a creative pulse to it. It’s so sprawling and it’s hard to get your head around it. Brecht called it a mix of heaven and hell and it is a bit like that. There’s so much poverty but also so much wealth, extremes of everything. The song isn’t really about the architecture as such. We were watching these images on television from last year of empty cities, empty high streets, buildings with no one in them or around them. The song is more about reflecting on that.”

“I’m more influenced by the people I meet, the things I’m reading and the records I’m listening to than the place where I am”

Living in such a remote location, does he find that the environment influences or shapes his songwriting? “I think it probably has some sort of effect but I’m not writing songs specifically about the Hebrides or being trapped in cities. If there’s any sort of influence it’s subconscious. I’m more influenced by the people I meet, the things I’m reading and the records I’m listening to than the place where I am.”

Was he listening to any artists in particular while making the album? “There’s quite a lot of stuff that goes in there subconsciously over the course of the year. I’m a really big fan of the band Beach House and Weyes Blood as well, I’ve listened to her records a lot. They’re a couple of more contemporary things I like. Obviously, I’m a huge Bob Dylan fan, I’ve got him on all the time. His last record Rough And Rowdy Ways was another stroke of genius. Björk is an old favourite of mine also, I’ve followed her for a long time. I love how her records always have different creative arrangements. I never tend to reference any specific influence when I’m working on an album however as I think it limits you.”

The title track has a beautifully melancholic feel as well as a sense of looking back. Is that something he finds himself doing more these days? “Everyone does that I think, it’s a human thing. You’re in between worlds, the world you’re in and the one that you were in and the one you will be in. People sometimes forget about the actual world you’re in and I think that’s where I’ve tried to keep my songs. I’ve never really referenced other records that I’ve done. I did it once with Idlewild on Make Another World, we looked back too much on that one. Rather than focus on doing something new we were focusing on something we had done before.”

There’s a line on Take It To The Street where Woomble sings of how “everybody makes the same mistakes at different points in their lifetime”. Was there an autobiographical element to that?

“Sure, I’ve made loads of mistakes, just like anyone has. Decisions that have influenced other things in a bad way, especially when I was younger. Decision making is the key to life really but I think people do make the same mistakes at some point. A mistake that someone might make at 15 might not be made by someone else until they are 55. There’s only so many mistakes you can make as a human.”

As If It Did Not Happen feels musically one of the most different tracks, with the wobbling electronic background, skittering beats and pronounced vocal. It feels the closest to the previously mentioned ‘dystopian pop’. “That came more from some ideas that a musician I work with, Danny Grant, sent me last year that were a bit closer to the electronic sound of the last EP. The album started to become more song-based and I think that’s one of the best on the album. Andrew added all these cinematic strings and piano bits on top and I delivered the vocals off the cuff I think in the first or second take. I came up with lyrics quite quickly as I thought it couldn’t be a regular song, if it was to have any vocal on it it had to be spontaneous. It’s a break between other songs. The album is sequenced like an old fashioned LP, with a side A and side B. I know most people listen to it digitally but I sequenced it for vinyl. Side A is more song-based and side B is more experimental and droney.”

We finish by talking of how 2021 has been a great year so far for Scottish music with the likes of Teenage Fanclub, Mogwai, Arab Strap and James Yorkston all releasing acclaimed albums. “Scotland is a really vibrant place and has a really supportive musical community, I’ve always thought that. I’m really happy to be from Scotland and to be known as a Scottish artist. There’s a real creative tradition that we’re coming from and that’s something to be proud of.  Most Scottish artists I know are quite prolific in that way. It’s a good place to be creative.”

Lo! Soul certainly offers ample proof of this, an album that successfully balances musical progression and poignant songwriting, proving how Woomble is quietly riding something of a creative wave.

Lo! Soul is out now digitally on A Modern Way. Physical copies will be available on 13 August 2021. More information on this and Woomble’s solo shows planned for later this year can be found at roddywoomble.net.