Sean O’Hagan: “I thought, if Tyler, The Creator’s doing it, I’ll do it!” – Interview 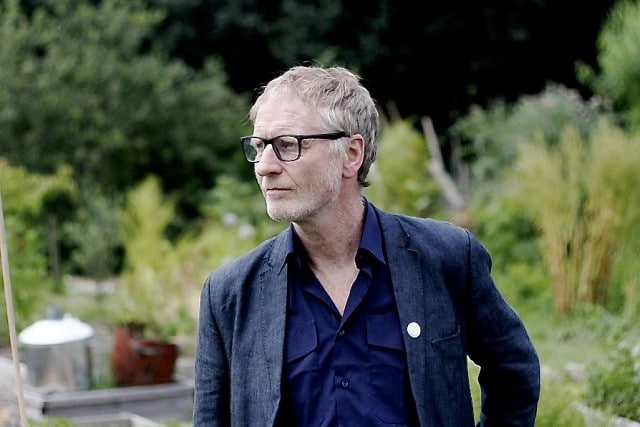 Sean O’Hagan has been making music for over 30 years in one form or another. During our conversation in the foyer of London’s Queen Elizabeth Hall it becomes clear on multiple levels how it continues to be his life’s work, his raison d’être, his all-consuming passion. We’re here to talk about his new album. Radum Calls, Radum Calls is the first record to be released under his name since his only other solo album, 1990’s High Llamas, a record that was to provide the name to the band he’s most well-known for leading. But the conversation is equally taken up by O’Hagan enthusing about new music and obscure artists from the past. And yet, for all his passion and knowledge about music, there was a real risk that Radum Calls, Radum Calls might not have actually come into existence. He sounds downbeat about the circumstances that led up to it being released, and has unfairly low expectations about how it might fare.

“I don’t know how much interest there is in the album. I’ve been around for god knows how long, I shouldn’t have any expectations. I’ve been making records for a long time, I’m an old man now. I like to think I’m not making the same mistakes of lots of blokes my age have and not making a record that belongs in another age. Radum Calls, Radum Calls really embraces my past and my present and I also think we live in the best musical times for a long time.” This is a running theme to the interview. He begins talking about his music but can’t help going off at tangents about all the great music currently being released. We’ll come back to that later.

“I thought no one would be interested in what I’m doing. I was very confused after Here Come The Rattling Trees (the 2016 album by The High Llamas that was the spin off from a theatre production that the band live-soundtracked). I thought it would get support, I thought the underground music/theatre crossover scenes would maybe pick up on it, but there was nothing. We had the performance, the actors, it was the first time I had ever written dialogue, but there was no take up and I was a little blown off course. I felt a bit bashed and didn’t know what to do. I didn’t know if I would make another record but I went off to Japan and France doing some solo stuff and there was so much interest over there.

“I had these songs hanging around but I wasn’t really happy with them and I thought I was treading old ground. Suddenly I decided I am going to make a new record but it isn’t going to be High Llamas. I thought about creating a new name but (his record label) Drag City said if you’re going to do a record it’s got to be your name, you can’t invent a new name”.

“Suddenly I decided I am going to make a new record but it isn’t going to be High Llamas.” – Sean O’Hagan

Radum Calls, Radum Calls features Dave Hattee on drums and Serafina Steer on harp but O’Hagan pretty much plays everything else. There is one additional person on the record however – O’Hagan’s old bandmate Cathal Coughlan. The ex-Microdisney and Fatima Mansions frontman sings on three tracks. “I was thinking that I wanted someone else to sing on this album and the only person I could think of was Cathal,” explains O’Hagan.

O’Hagan and Coughlan’s former band Microdisney reformed during the recording of the album which appears to have helped the laying down of vocals by Coughlan on tracks Candy Clock, McCardle Brown and Spoken Gem. The album also features the vocals of family friend May Robson and O’Hagan’s daughter Livvy on I Am Here and Take My Steps. “I needed some voices so I said come on – you’re in!” O’Hagan recalls.

Like a lot of High Llamas songs there’s a lot more to the tracks than initially gleaned. O’Hagan explains how McCardle Brown is about a cleaner working in New York, typical of the much under-represented groups that O’Hagan writes about. “It’s a ballad but with traps on it. I did it really instinctively. The song had existed for 18 months and I didn’t know what to do with it but I just attacked it in two hours.” O’Hagan was due to sing it initially but he asked Coughlan to have a go “and he absolutely nailed it”. The lyrics convey that world very well – “McCardle Brown, gone before the jackets are on the chairs, riding in the lift before the sun, maybe just a passing glance upon the stairs.”

The Paykan (Laili’s Song) is another track to have unusual origins, being about a woman in 1970s Iran realising she needs to escape before the impending Islamic Revolution arrives. “In 1978 I was a 17-year-old lad. I had been in Ireland, then in Luton and then went to Coventry and started working in the Chrysler factory making Hillman Avenger cars but in the next shop they were making Hillman Hunters – they were being packed into crates and sent out to Iran. The Islamic Revolution happened in 1979 and I remember thinking about this as a kid.” So, he decided to write a song about it. “I wanted to start off with the truth and then invent something,” he recalls. The story follows the car from Coventry to Iran where it’s assembled before ending up back in the UK in a drug-smuggling related episode that results in a near fatality. O’Hagan goes on to explain how this and two other songs on the album are actually part of a bigger spoken word piece called The Peacock Hunter that he hopes may be part of the Coventry City Of Culture 2021 events.

“I like to think I’m not making the same mistakes of lots of blokes my age have and not making a record that belongs in another age.” – Sean O’Hagan

On A Lonely Day (Ding Dong) is another song with an improbable subject matter. “It’s about a ghost that lives in Covent Garden talking about how it used to be and how it’s changed. Musically, it’s just nylon string guitar and strings but the percussion underneath is absolutely bananas, kind of like Ethiopian percussion”. At this point O’Hagan starts excitedly talking about Emahoy Tsegué-Maryam Guèbrou, an Ethiopian singer in her 90s. He gets his phone out and looks her up on Spotify and starts playing a track. “I was obsessed with this woman like I was with Dorothy Ashby and I thought I’m sorry but you’ve got to come on the record. I wanted to reflect her sound on the album in the harps, pianos and funny little organs.” This leads on to him taking about the highly regarded Éthiopiques compilations and Ethiopian musician Hailu Mergia. Earlier he enthuses at length about the current crop of artists making genre-straddling music.

“The music that is coming out of this generation of say, 17 to 37-year-olds, is the best it has been for years. They have finally cast off the past but are able to reference it in a healthy way. There’s this esoteric, creative jazz popping out everywhere. Hip hop is so old now it almost has the legacy and weight of jazz. It’s got such a history and presence that finds itself in this great contemporary music that we hear so much in the UK and US”. He compares Khalid to Marvin Gaye (“that Talk track he did with Disclosure – if Marvin Gaye released that people would be saying it is one of his best songs”) and likens Kadhja Bonet to the 1960s psychedelic soul outfit Rotary Connection. He goes on to praise the likes of Frank Ocean, Steve Lacy, The Internet, Mount Kimbie, Empirical and new(ish) Coventry band Batsch. “I don’t see a demarcation between musical eras. A problem I do see is my personal contemporaries who say there’s nothing interesting being released now. He suddenly remembers Tyler, The Creator – “nutty old Tyler, what a joy!” – and when we talk about some of the amazing short instrumental tracks on Radum Calls, Radum Calls he remarks how he was going to leave them off the album “but then I listened to Tyler, The Creator do them and I thought fuck it – if Tyler’s doing it, I’ll do it!”. It’s refreshing and inspiring to hear a musician who has just entered his 60s talk in such animated, heartfelt, excited tones about contemporary music.

“I don’t see a demarcation between musical eras.” – Sean O’Hagan

He mentions how his involvement with the forthcoming album by Fryars (London musician Ben Garrett) is one of the most exciting things he’s ever been involved in. “I feel so privileged to be on this record. It’s like Giggs with my crazy strings, it’s nuts”. His work as an arranger takes up a lot of his time (he’s contributed string arrangements for the likes of Paul Weller, Gruff Rhys and Tim Burgess over the years and talks of being particularly proud of an arrangement he did for a track on the new Gilberto Gil album and a track by another Brazilian singer Elza Soares that was included on a Gilles Peterson compilation.

Other artists that crop up over the course of the conversation include Robert Wyatt, Scott Walker, Electronic, cult, genre-defying Brighton band Woo, ethereal ’80s Japanese outfit Mariah and Moondog. I mention how I saw him perform with Mercury Rev at Oslo in Hackney last year, which prompts him to veer off into a story about when Jonathan Donahue and Grasshopper came to see him in Peckham in the early ’90s just after they had released See You On The Other Side, which O’Hagan became besotted with (they wanted to find out how O’Hagan achieved the sound on The High Llamas’ Gideon Gaye album).

Our chat moves on to Stereolab, a band he’s been both part of and intricately linked to over the last 25 years. He says how he enjoyed seeing them play in London earlier this year. “Back in the day it was always hyper and frantic, which it wasn’t this time. But everything sounded terrific. It was a populist set that covered most eras. I was in the studio for a lot of that and felt really connected.” Radum Calls, Radum Calls was partly recorded at Stereolab drummer Andy Ramsay’s south-east London studio. He seems less sure that The High Llamas will reappear any time soon unless he can get Universal to rerelease their back catalogue on vinyl (he says Snowbug and Talahomi Way are the two High Llamas records he’s most proud of and self-deprecatingly comments how their classic 1996 album Hawaii is “relatively straightforward” compared to others).

For now, O’Hagan will concentrate on Radum Calls, Radum Calls, a special album that very much deserves to be heard. There will be live shows across the UK over forthcoming weeks that will offer a chance to hear it in a different light. His return should be warmly embraced – the world would be a poorer place without his music.

Radum Calls, Radum Calls by Sean O’Hagan is out now on Drag City. Further information can be found here.