musicOMH’s Albums Review of the Year 2006 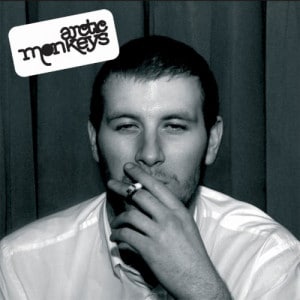 Being the end of the year and all that, musicOMH’s music editors and writers have compiled our albums ofthe year list.

To achieve this remarkable feat, we each produced a top 10, with the top album getting 10points and the 10th album getting one point. Then we totted all the numbers up. You get the idea. And then we argued and hollered.

In all, 167 albums were selected, ranging from heavy metal through Africandesert blues, from hip-hop and garage rock to electronica.

1. Arctic Monkeys – Whatever People Say I Am, That’s What I’m Not (Domino)

It was January, and the hype around four teenage lads from Sheffield was palpable. But when this caustic debut of hook-laden anthems – When The Sun Goes Down and I Bet You Look Good On The Dancefloor foremost of the bunch – finally landed, it flew out of shops faster than any album ever had, beginning an extraordinary journey for the band and their indie label, Domino.

Reviewing the album, John Murphy – himself a resident of Sheffield who’d watched the band break – said: “Don’t be surprised if, in 30 years’ time, there are still obsessive fans paying homage to The Grapes to see where it all started…”

Australian bands, aside from Nick Cave and The Bad Seeds, had never made much impression in the UK’s serious indie music scene. Then, in May, along came a brother-and-sister-led band with a noirish road trip lost soundtrack album. Hyperbole and cliches duly attached themselves to the self-titled debut by Howling Bells, and charismatic lynchpin Juanita Stein saw to it that the band had visual as well as sonic appeal.

A spate of singles – Low Happening, Blessed Night, Setting Sun – and a heavy touring schedule followed, culminating in a support tour with Placebo. Tiny indie Bella Union had never had it so good.

Reviewing the album, Michael Hubbard said: “This glorious, beautiful record of effortlessly starry noir makes one very clear statement. Howling Bells are fabulous, and this debut album is one of the strongest records of 2006 so far. Make them superstars.”

Even before this fifth studio album Muse were showing all the signs of bestriding the music scene this year. Black Holes and Revelations was revealed first by the insanely catchy lead single Supermassive Black Hole – epic themes and titles are no problem for the trio, evidently.

Starlight and the epic Knights Of Cydonia would follow sell-out shows at Wembley Arena and the announcement of two dates at Wembley Stadium next summer. These intergalactic boys have had their biggest year yet on the way to being one of the world’s biggest bands. And what other band boasts a virtuoso pianist who’s also a guitar hero?

Reviewing the album back in the summer, Michael Hubbard said: “Black Holes and Revelations is, lyrics aside, hugely energetic, inventive and entertaining, and a colossal candidate for one of the albums of the year.”

Isobel Campbell, sometime fiddler with tweesters Belle & Sebastian, improbably got together with grunge stalwart and sometime Queens of the Stone Age screamer Mark Lanegan to release this quirky, Mercuty-nominated gem right at the start of the year.

Reviewing the album, Jamil Ahmad said: “Considering much of the album was made by Campbell posting tapes to Lanegan to add vocals to, it reflects on the implicit chemistry of the pair that they could produce such a consummate, passionate and unerring affair. One wonders what a long term relationship could produce.”

No matter that Over And Over was one of the tracks of the year wherever it was played – monkeys with miniature cymbals everywhere couldn’t get enough of it, and repetition really was in us – but Hot Chip’s second album, and first for a major, also offered an organic cuddliness rarely found in electronic music.

Add to that the appearance of loveable geekery and several more top-drawer singles – Boy From School in particular – and The Warning was inevitably going to end up a favourite of 2006.

Reviewing the album, Sam Shepherd said: “Not once does a song sound ripped off or unoriginal. What Hot Chip have done is to create a new landscape of electronica.”

Contentiously, The Knife’s third album received less than its required quota of stars when first reviewed on this site. Clearly, it was a grower to some, especially to those who witnessed The Knife live. By the end of the year though, enough writers had decided Silent Shout was their electronica album of the year, and its status was duly remedied.

Beaky siblings-in-masks Karin and Olof need not stare quite so icily at us in future, because we find it’s quite unnerving when they do. We’re sorry. We don’t want to share our mother’s health or become a forest family, but we do want to boogie about in the darkest denizens of our electrocuted souls after listening to Silent Shout constantly all year.

The album almost begged to be seen in one of The Knife’s spectacular shows. At the London Scala in April, Michael Hubbard said: “Less than an hour after they arrived, they departed to their shadowy, futuristic, freakishly delicious world without encore, leaving a bewildered, amazed, stunned audience desperate for more… (of)… this most beautiful of experiences.”

7. Guillemots – Through The Windowpane (Polydor)

Guillemots were one of our picks for 2006 this time last year, and Fyfe Dangerfield’s ragbag assortment of Londoners, augmented by sax, dustbinlids and a wooden throne wherever they went, came good and signed to Polydor.

Debut album Through The Windowpane was duly nominated for the Mercury prize and the band toured to just about every corner of the country on the back of it, charming audiences as they went.

Reviewing the album, Jeremy Lloyd said: “There isn’t a duff track to be seen, and you get the feeling the whole thing’s been meticulously planned and orchestrated, with a mindset of giving us a record to cherish, something to put on when the chips are down, and that rare thing, one that will almost certainly be loved in equal measure many years down the line.”

A curious mix of Kristin Hersh, Kate Bush and Tori Amos, but even more out there than such a combination sounds, Newsom’s second album Ys was released at the tail end of 2006 and immediately set tongues wagging, becoming Newsnight Review’s featured album of the week necessitating another five-star review for us.

Still a low-key number, it should stand the test of time for anyone who likes their women with brainpower, personality and talent to spare.

Reviewing the album, Joe Crofton said: “This beautiful album represents Joanna Newsom’s willingness to evolve and grow as a musician and composer. Defiantly flying in the face of the ‘normal’ popular music scene, Joanna is the kind of artist who restores your faith, not just in the business, but in life as well.”

One of 2006’s most hyped bands, Gerard Way’s emo warriors marched in from across the pond and gave Muse a run for their money as the year’s best rock act with second album The Black Parade.

No end of bizarre stories about emo – especially from the Daily Mail, who warned parents about its effects on their children – proved there’s no such thing as bad publicity.

Reviewing the album, Jenni Cole said: “This is an album which references music hall theatricality, marching band propaganda, religious pomp, punk energy and, perhaps more surprising than anything, an overarching sense of fun. This is a band who not only have a sense of humour but who revel in it.”

The only label to score two hits on our top 10 of the year, Bella Union released Midlake’s second record just a few of weeks after Howling Bells’ debut to prove there was something in the waterpipes serving the label.

Occupying a yawning space between Radiohead and Fleetwood Mac but with the delicate musicianship of Devendra Banhart, the Texans proved that where there was Roscoe, we really should Head Home.

Reviewing the album, Michael Hubbard said: “The Trials Of Van Occupanther reveals more of itself with each listen, quietly rooting itself into the subconscious. And that’s just fine – this is a record to be savoured.”

Honourable mentions to go to this lot, who would surely have made the top 10 if only it was bigger:

Jarvis Cocker – Jarvis
Several writers put the Pulp man’s solo debut at the top of their poll, but too many others seemingly hadn’t heard it and couldn’t vote for it, hence a rather lowly placing. No, we don’t know where they’ve been either, but they’re self-flagellating as we speak.

Ali Farka Toure – Savane
The desert blues man left this world in 2006, and Savane was as good an indication as any as to what we’ll be missing.

Beirut – Gulag Orkestar
Zach Condon is a 20-year-old with the maturity of someone twice his age to pull off this Balkan stew of funeral marches, love songs and musings that we played time and again.

Scott Walker – The Drift
Surely the year’s most terrifying album, Walker made sure we’ll never feel quite the same about donkeys again.

The Pipettes – We Are The Pipettes
Anyone with a passion for polkadot had their hopes answered by the Brighton-based three-piece who had just about as much fun with a debut album as it’s possible to enjoy as they exhaustively toured the country.

Lily Allen – Alright, Still
She blotted her copybook slightly by promising to write for us and then disappearing off to become an international pop sensation (we forgave her soon enough), but debut album Alright, Still was chock full of hooky tunes, biting lyrics and, by the year’s end, she’d come from nowhere to be a household name.

Get Cape! Wear Cape! Fly! – Chronicles Of A Bohemian Teenager
While we’re on about assured debuts, laptop kid Sam Duckworth was no slouch either…

Cansei De Ser Sexy – CSS
…And neither were this lot. We loved Lovefoxx and her Brazilian minstrels of anarcho-electronic good times. Now signed to Warner, maybe they’ll get more attention in 2007.

Amy Winehouse – Back To Black
The well-lubricated tonsils of this lady were only part of her second album’s success – Mark Ronson was at the desk controls. Much better than her first – and that wasn’t half bad either.

Morrissey – Ringleader Of The Tormentors
The Moz was back, with “powderkegs between my legs” and Tony Visconti on orchestral duties. We listened, we swooned.

Thom Yorke – The Eraser
Another Mercury nominee, this solo debut for the Radiohead lynchpin included the deeply personal Harrowdown Hill, about the death of government scientist Dr David Kelly. Bleak, but brilliant.

Bat For Lashes – Fur And Gold
Natasha Khan’s elaborate headdresses and glitter were just part of the gameplan; Bat For Lashes had the songs as well as the look to find a place in our hearts and snuggle down to purr there.

Archie Bronson Outfit – Derdang Derdang
Bluesy garage rock from a bunch of beardy Englishmen with infectious knack for big, ballsy tunes and dark lyrics. Should have done much better, but was released by Domino just after Arctic Monkeys had gone stratospheric. Still ace though.

Akala – It’s Not A Rumour
Surely the brightest rap talent these shores have yet produced, an idiosyncratic approach to gaining success included guest slots with unlikely collaborators – chief among them Gotan Project…

And just in case that doesn’t persuade you that music in 2006 was healthier than ever, a word for these fine records too, in no particular order:

Cat Power – The Greatest
Tilly And The Wall- Bottoms Of Barrels
Herbert – Scale
Zao – The Fear Is What Keeps Us Here
You & The Atom Bomb – Shake Shake Hello!

The Thermals – The Body, The Blood, The Machine
Sunn O))) And Boris – Altar
Sparklehorse – Dreamt For Light Years In The Belly Of A Mountain
Spank Rock – Yoyoyoyoyo
Primal Scream – Riot City Blues