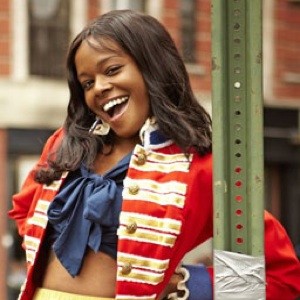 As surely as night follows day, so the ‘end of year’ charts switch seamlessly into an examination of who could be big, musically speaking, in 2012. We’re not averse to following such trends, so having taken stock for the first few days of the year we present our own selection of music set to strike in the coming year, with four parts new acts and one part forthcoming album releases. So if you’re ready, let’s strap in for a look at a new crop of singer-songwriters.

It’s all about the voice with Lianne La Havas – a voice that has caught the attention of Bon Iver singer Justin Vernon, who had the South London singer open for his band’s winter tour.

The two met on an episode of Later… with Jools Holland in October, where the cool, sultry tones of La Havas made an immediate impact. Her fresh voice and unhurried, natural guitar playing on songs such as Don’t Wake Me Up and the soon to be released Au Cinema create a rarified atmosphere. Head over to her website, where you can download the Live In LA EP for nothing.

Lianne La Havas – Don’t Wake Me Up (Live in LA)

We shouldnt always assume that New York is where everythings at. Azealia Banks certainly doesnt and as if to prove it shes moved from her Brooklyn pad to London to take on the UK. Last years 212 single blazed a trail for her fizzy brand of rap, refreshingly free of any boundaries and preconceptions, and she’s teamed up with Scissor Sisters (under the Krystal Pepsy name) for their new single Shady Love and has been working with Florence And The Machine producer Paul Epworth to put the finishing touches to her forthcoming debut album which when ready is likely to be totally frank. Fans of Amy Winehouse and Nicki Minaj, walk this way…

Azealia Banks tours the UK in February, beginning at the Plug, Sheffield, on 6th February before reaching London and playing at the Brixton Academy on 25th February and Heaven on 27th February. More at azealiabanksforever.com

For those who like a higher tempo, Jakwob offers an intruiging and ambitious mix of styles – something you might expect from a producer who can play no fewer than nine musical instruments!

Already established as a remixer for Lana Del Rey, Ellie Goulding and Jessie J, 2012 will see Jakwob striking out on his own with a first long player, spearheaded by the thrilling single Electrify, a high octane number that combines bold, positive vocals and seat of the pants bass. The album promises more of the same, with little care for genre boundaries – and with the support of Zane Lowe and Annie Mac to mention but a few, expect to hear a lot of his inner city tales in the coming year.

Not for Frank Ocean the idea of the record label, as his self-released mixtape Nostalgia, Ultra perked up many an ear on both sides of the Atlantic. Still only 23, Ocean has recovered impressively from losing his recording equipment five years ago, part of the devastation of Hurricane Katrina in his home city New Orleans – and does in fact have a record label arrangement, with Def Jam, no less.

Relocating to Los Angeles, Ocean has fallen in alongside Kanye West, has written for Beyonc (I Miss You) and has also worked with John Legend and Brandy. That’s quite a CV for starters – now watch him fly on his own.

More sweet soul music from the freshly crowned BBC Sound Of 2012. Kiwanuka is a heartfelt singer with a whiff of the surf about him. Home Again, already heavily trailed on 6Music, reveals a strong sense of yearning teamed with inner contentment, qualities that have led to support slots for Adele and Laura Marling.

Michael Kiwanuka plays a selection of London dates in January and February, including KOKO on 21st January and XOYO on 24th January. michaelkiwanuka.com