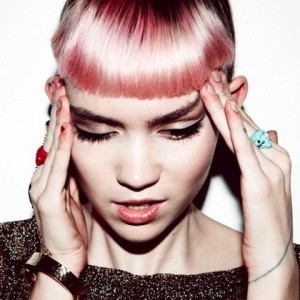 The tips for the year are the music journalism equivalent of the charity mugger.

Look at them. Approaching you with that look of earnestness. Arms spread in a gesture that they think makes them look approachable and appealing, but actually makes them look like they’re trying to capture you in a bear hug. Branded high visibility tabard waving in the breeze, clipboard in hand.

So, given we’ve got something genuinely good to tell you about, let’s waylay that. Rather then starting with the plea, let’s start with the paydirt.

Listened to that? Good. No more to be said then.

Although. For completeness we could add that 2:54 are sisters Hannah and Colette Thurlow, and that last year’s EP, the immense Scarlett, demonstrated their way around wonderfully epic slices of gloomy, reverb heavy atmosphere.

Now. Give us a tenner.

Love the hypnotic repetition of their rhythmic thrust. Love the way their synthesised glitchy electronica seems to grow organically across the top, constantly shifting and evolving. Love the ghostly way that the disembodied vocals waft over.

Grimes is Claire Boucher, and she’s from Montreal – but that is a tiny part of a much bigger story. On the verge of releasing her debut album Visions on 4AD, Boucher has a list of influences that includes Aphex Twin and, um, Enya – surely the only time those two have been mentioned in the same sentence.

So is her music really a cross between Orinoco Flow and Windowlicker? Not exactly – but when someone describes their music as “an ethereal escape from, and a violent embrace of, my experience” you get an idea of some serious creative tension at work.

Grimes’ next scheduled UK appearance is currently Field Day on 2nd June. More can be found at the 4AD website, where you can download a free track ‘Genesis’

Are The 2 Bears new? Maybe not, but they’re about to get a whole lot bigger – and are set to jolly up the end of January with their first album release, Be Strong.

The 2 Bears are the multi talented and seemingly sleepless Joe Goddard of Hot Chip and Raff Rundell of Greco Roman, and have already served notice of their talent through the EP releases Follow The Bears, Curious Nature and Bearhug, not to mention a vibrant mix for Southern Fried And Tested. This takes a healthy look at the components that make up their style – fun, frolics and equal parts old school and new. It could just be the Year Of The Bear.

The 2 Bears play the Bugged Out Weekender in Bognor Regis on 20th January, then the Sub Club in Glasgow on the 27th. More at the2bears.co.uk

Anyone whose first record is The Prodigy‘s The Fat Of The Land is surely a force to be reckoned with – especially if, as in the case of SKRILLEX, you serve that with a side helping of Nine Inch Nails and – yes, him again – Aphex Twin. Not a conventional singer-songwriter, then? No – as you’ll hear from listening to his Christmas present to YouTube, FULL Flex, with its chopped strings and a bassline big enough to blow all the needles off the old Christmas tree. Meanwhile, Summit, featuring the helium-lite tones of a certain Miss Ellie Goulding, is similarly huge – but in a more restrained kind of way.

Not many tips for the year arrive bearing five Grammy nominations, but Skrillex is already there – so just think what he could manage when the album Voltage drops later this year. Maybe even a haircut? Meantime, warn your bassbins.

Skrillex is off to Los Angeles and New York shortly, but returns for a UK tour beginning in Edinburgh’s Picture House on 8th February. More at skrillex.com