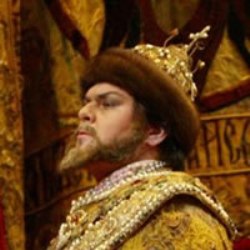 Following the England football team’s heartbreaking quarterfinal exit to Portugal, and Wimbledon ending on the coming Sunday, it would seem that July and August could be terribly boring months with nothing else to do.

However, readers do not have to despair any longer.

Apart from the mouthwatering BBC Proms, the Royal Opera House will be putting on Puccini’s final masterpiece Turandot between July 7 and 22.

Directed by Andrei Serban, and starring Georgina Lukacs as Turandot in the first cast (which also includes Ben Heppner), this is one opera not to be missed. Listen out for the famous aria Nessun dorma, which was almost singlehandedly responsible for making Pavarotti a household name. Plus the company revives Jonathan Miller‘s ‘doll’s house’ production of Donizetti’s comedy Don Pasquale, conducted once again by Bruno Campanella.

To make things even more exciting, the legendary Bolshoi Opera and Ballet will be in town with various performances Mussorgsky’s Boris Godunov between July 27 and 29, The Pharoah’s Daughter – a Pierre Lacotte reconstruction of the famous 1862 Pepita extravaganza between July 31 and August 12. Tchaikovsky’s Swan Lake, which needs no introduction, features from August 3 to 5, Prokofiev’s Cinderella between August 7 and 9, plus Prokofiev’s The Fiery Angel on 25 and 26 July.

Not to be outdone by the Royal Opera House, the London Coliseum will be hosting a ten-day unique festival of Shostakovich’s operas and ballets titled Shostakovich on Stage – from July 20 to 29. Considering that the performers include Russian Conductor Valery Gergiev and the Mariinsky Theatre (formerly and more famously known as the Kirov Opera and Ballet), this Russian celebration of the composer’s centenary in London is one not to be missed. Bring on the vodka!

Opera Holland Park, on the other hand, is sticking with everybody’s favourite operas, featuring Lehar’s The Merry Widow, Verdi’s Rigoletto, and Tchaikovsky’s The Queen of Spades. Avid opera fans who are not satisfied with the lack of productions of operas in the BBC Proms now know where to go for those extra evenings.

It seems there is an opera overdose at the moment, however, instrumental music lovers need not despair. The Mostly Mozart Festival at the Barbican features different performances of Mozart’s works to celebrate the composer’s 250th birthday. Highlights of the Festival include a Mozart Big Sing on July 8, and the English Chamber Orchestra with violin soloist Hilary Hahn on July 14. The festival ends in typical Mozartian fashion with the performance of his Requiem Mass in D minor on July 29, of which only returns tickets are available at the moment.

In all, July and August are months to look forward to for avid concert and opera goers, and do not forget to check out our BBC Proms Feature to find out which one suits you!