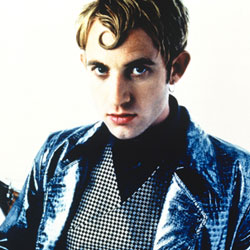 Their sparkly suits and baroque-pop sound helped My Life Story kickstart Britpop in the mid-’90s. They counted Morrissey amongst their biggest fans, recorded three cult albums and played on the main stage at Glastonbury before calling it a day.

Now, nine years after they split, they’re back to celebrate the 15th anniversary of their debut album, Mornington Crescent, at London’s aptly located KOKO.
“I’m really looking forward to it,” says singer Jake Shillingford. “It’s quite selfish, really; as much as we want to do it for the fans, the people who were so good to us back then, we also want to see each other again. And not just the few of us in the band, the whole orchestra, the people behind the scenes…”

One the biggest bands of the mid-’90s, their chamber orchestral twist on indie-pop resulted in a touring band that reached double figures, which proved problematic at some of the more petite venues on their tours. A panic-stricken landlord even ended up tearing the toilets out of a pub in Derby during their final tour in 2000 to try and fit the band on stage. “Oh, we had that sort of thing a lot – violins in the audience, that sort of thing. It’s the problem when you’ve got 14 or so people and you’re playing the toilet venues,” Shillingford recalls.

My Life Story: 12 Reasons Why I Love Her

“I suppose the fact that we had the band and were that bit different means that we’ve stood the test of time – people still want to come and see us. When we played the first reunion show (at the Astoria, in 2006) I’d prepared myself for the musical side of things – we knew it was all sounding great – but I what I wasn’t expecting were the emotional aspects. Looking out there and seeing how emotional the crowd was – it really got to me.”

Since their split the band have all been busy. “The band have always been in demand. Back in the day Morrissey and Beth Orton used them and they still seem to be cropping up all over the place. Olly our cellist can’t make the show because he’s on tour with a band in Australia, Danny formed a band called Macarthur, and I’ve released three electronic albums since My Life Story – we’ve all stayed in music.”

Jake released the records, and a greatest hits and b-sides album, as ExileInside, on his own Exilophone Records – a sneering nod towards My Life Story’s former label Parlophone. This isn’t his only foray into the murkier side of the industry – he also works as a consultant. “I’ve always been very aware of the need to keep up to date with people’s listening habits – not just what they’re listening to, but how,” he says. “It’s a strange time for music at the moment.” He doesn’t say this lightly – in 1998 the band secured their place in musical history by releasing the first ever download only single, If You Can’t Live Without Me Then Why Aren’t You Dead Yet?

“It’s an exciting time for music and you really need to look forward,” he continues. “There are some interesting performers out there – Patrick Wolf, Little Boots. Glam’s coming back,” he laughs. “And it’s about time – we’re living in a time when there are fewer and fewer bands and singers coming from the streets. It’s all The X-Factor these days, isn’t it? That’s a real shame – it’s less real, kids can’t believe in it. I always wanted to be a pop star, I always wanted to have that on my passport – it was in my blood.” And a popstar he was. After Mornington Crescent the band went on to release the iconic The Golden Mile, which spawned hits including 12 Reasons Why, Sparkle and Strumpet.

“I’ve always been very aware of the need to keep up to date with people’s listening habits.” – Jake Shillingford

My Life Story’s final album, Joined Up Talking, was released in 2000, before they called it a day. “We just felt like we didn’t have any more to offer, it wasn’t because we had a falling out or anything, which makes getting together for these sort of shows really easy.”

The ’90s were a colourful decade for Jake. What does he remember as the highlights? “Meeting Barry Manilow was quite funny,” he laughs. “And Morrissey used to come to a lot of our shows. Hanging out with him was great because he was a bit of a hero of mine. Recently 12 Reasons Why was used in a Sarah Silverman advert, and it was great to hear our songs still being used. And Cynthia Plastercast. A lot of people think that whole thing was seedy but it wasn’t! When you think about it it’s the most honest form of art or being a fan of someone…and it’s not very often you get to be in an exhibition alongside Lenny Kravitz! But the rock ‘n’ roll elements too – we had lots of crazy rock ‘n’ roll moments. Before Britpop took off, in ’94, we had Oasis supporting us. That was quite a mad time.”

So what can we expect from the anniversary show? “When you record an album, you’re only thinking about how it’s going to sound on a bit of plastic, in someone’s house, not live. So we’re not going to be playing it in order, but we will play all of it. Then we’ll go off, and if people haven’t gone home we’ll play some of our other songs. We’ve got some great support too – we’ve got a guy called Dan Sheers, who’s from the Milwall area. He does a sort of baroque-pop with strings, like My Life Story for the next generation. We’ve also got out sparring partners from back in Essex, The Cuckoos. They were ‘the other band’ when we were growing up, our friendly rivals who knew more chords than us. I’m really excited about it and hopefully it’ll be a great night for the fans who’ve been so loyal to us.”