One For Keeps: a-ha – Hunting High And Low

by Ross Horton
published: 7 May 2020 in One For Keeps
Tweet 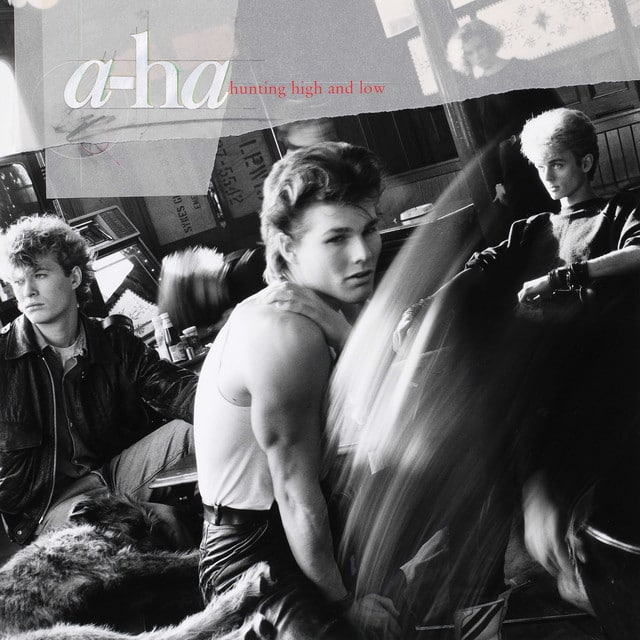 One For Keeps is a features series in which musicOMH writers wax lyrical on albums they’d just not be able to cope without. Here, Ross Horton journeys back to 1985 with one of the greatest underrated pop albums, a work that made a pin-up star of Morten Harket, gave its creators their only UK Number 1 single, and changed music video history

You might know Norwegian trio a-ha as one hit wonders. You might know them as teen heartthrobs from the days of Back To The Future and Cabbage Patch Kids. But look a little deeper, particularly at their debut album Hunting High And Low, and you’ll find one of the most under-appreciated artistic statements of the 1980s.

Take On Me, the first track on a-ha’s debut album, is the song that earned them perennial ‘one hit wonder’ status, even if that status was neither fair nor at all accurate. But what a hit – millions and millions of sales, one of the finest music videos ever released, almost operatic vocal gymnastics. It was the first European song recorded in the 20th century to break a billion views on YouTube, and it’s also one of those songs that you only need to hear once to know forever, like Beat It or Dancing Queen or Last Christmas. It is a perfect pop song, and was an instant classic as soon as it was released.

The music video has also attained classic status. “I knew we were on to something very good, as soon as we finished shooting and cut it together as the animation was coming in – but nothing could have prepared me for this getting so much attention over the years,” the director Steve Barron told Yahoo Entertainment.

As it is, Hunting High And Low would be a landmark album for just featuring Take On Me, but like its smash-hit single, it is so much more than it first appears. The track that follows Take On Me couldn’t be any more of a departure. Train Of Thought is another exceptional song. Morten Harket, so clean and boyish on Take On Me, is ghoulish and vampiric here – his surprisingly deep, saturnine baritone evokes Scary Monsters-era David Bowie at his most seductive, or Bauhaus’ Peter Murphy at his most macabre. The completely synthetic instrumentation, provided by Magne Furuholmen and Pål Waaktaar, is imbued with a sense of endless momentum, a furiously pulsating bed upon which Harket lies.

The title track is a far more subdued affair, with elegant and lush instrumentation. Evoking Roxy Music’s later sophistipop sound, it builds slowly, with an uncharacteristically mature level of restraint for a relatively new band. It demonstrates the group’s collective willingness to take chances on an adult-oriented sound, and is the third different style the group pursue in as many songs. Like Take On Me, it also features an utterly unforgettable music video.

When The Blue Sky opens, it threatens to descend into sub-Depeche Mode silliness, but opens up, spreads out, unfolds into a widescreen vista befitting its title and lyrical concerns. It’s a song about realisation and recognition, and Harket’s angelic highs are spread thickly across the stereo field, giving the track a hymnal, empowering feel. It’s a surprising, vivid evocation of the sense of freedom that you have as a young person, and it embodies that sense of reckless youthful abandon, and utter commitment to emotional honesty that Hunting High And Low exemplifies.

Living A Boy’s Adventure Tale falters a little in the lyrical department, but it has enough kinetic power and arty detachment to succeed. It also showcases the influence of another group of heartthrob weirdos, Japan. Japan were, and still are in many ways, a group of musician’s musicians. Mick Karn’s fretless bass sounds were adopted by everyone from Lou Reed to Kate Bush, while David Sylvian’s post-Bryan Ferry warble was an influence on the entire New Romantic movement. a-ha’s influence is much more subtle: as a band, they weave their influences deftly, drawing on early synthpop as much as what was happening in 1985, drawing from classical as much as modern, and taking influence from the artistic and the popular. While there are shades of Japan, Roxy Music, Peter Gabriel and David Bowie on the album, there are also moments that might remind you of ABBA, Duran Duran, Eurythmics and Erasure.

This blend of influences, and a willingness to experiment, is no more apparent than on the other smash hit from Hunting High And Low and the band’s only UK Number 1 single, The Sun Always Shines On TV. It’s a big, booming, meaty tune that has always stood out amongst contemporary material. It’s the closest a-ha get to classic rock on the album – you can easily imagine it being recorded by, say, Yes or The Scorpions. It’s unthinkable now, but the track only made it onto the album because of the persistence of the secretary of Andrew Wickham, who signed the band to Warner Bros. “She convinced him to make room for it,” explains Pål Waaktaar. “When we recorded it, we were really sick with influenza. Magne and Morten were lying in the studio on camping beds with high fevers.”

Then, of course, comes the switch. And You Tell Me is a two minute sap-fest, with yearning vocals and heartbroken poetics. Then, another switch: Love Is Reason (not a typo) is a synthpop treatise on how essential love is. It’s unashamedly simplistic, and is successful as a result. Dream Myself Alive and closer Here I Stand and Face the Rain round out the album, and both are incredible, but what’s more noticeable is the sense of satisfaction they provide. Many (many, many) pop albums in 1985 were ‘a couple of hits and nine other songs’ – a return to a model of album production not seen since before The Beatles. The ’80s, for all of its high points (fashion, art, cinema), was an absolute hell of consumerism, and many of the albums released in 1985 were typical, cynical cash grabs. Hunting High And Low is not.

Strangest of all then, is that a-ha, for all of the lights shining on them 1985, managed to create one of the greatest underrated pop albums ever. The album doesn’t have the same critical admiration as, say, Tears For Fears‘ Songs From The Big Chair, but it’s just as strong and just as powerful. All of the ears they caught with Take On Me didn’t manage to convert its parent album into a recognised classic, and the band never hit the same heights again. But very few have ever ascended to those heights in the first place. One thing is for certain – Hunting High And Low is a-ha’s definitive statement, their masterpiece. It is both of its time and utterly timeless. It is high art and low culture, combined, to glorious effect. It’s one for keeps.