by Ross Horton
published: 15 May 2020 in One For Keeps
Tweet 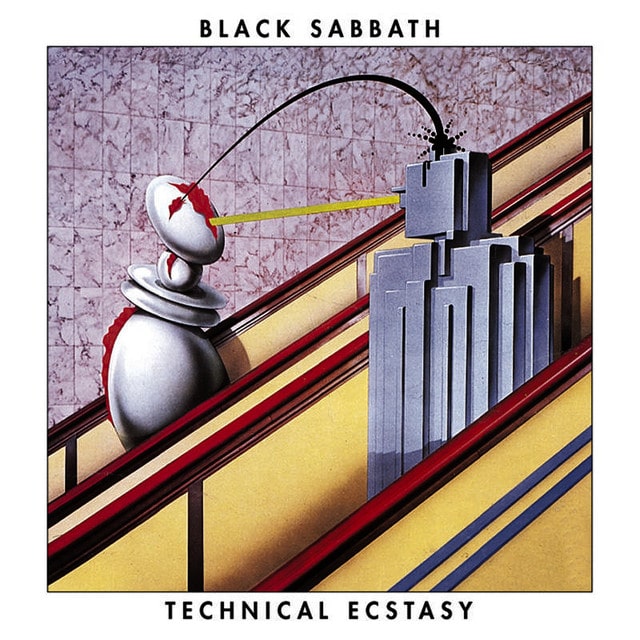 One For Keeps is a features series in which musicOMH writers wax lyrical on albums they’d just not be able to cope without. On the 50th anniversary of their debut album’s release, Ross Horton – born in West Bromwich and raised within walking distance of Birmingham – highlights a diverse, endlessly entertaining yet unfairly neglected Black Sabbath album.

Some music obsessives – myself included – struggle with the idea of ‘genre’. We find our first favourites bands early on, grow up into one particular scene, then nurture tastes that prohibit us from liking anything else. For example, my crazy taste as a youngster encompassed everything from Gorillaz to Tom Petty to KISS to The Human League… Then, at about 12, I decided that I was going to be a metalhead, and all that variety went out the window.

The reason why this is important, and the reason why it’s essential context for the album I’m about to talk to you about, is that this album is absolutely, completely and utterly ignored by metal fans. We’re not talking hated, or disliked, or adored, or even respected – it’s just ignored. This kind of weird tribalism that young music fans grow up into, and refuse to grow out of, is still alive and kicking in the metal community.

That said, still to this day I find it hard to switch from Bryan Ferry to Black Uhuru, or from Sade to Van Halen, because something about it just feels wrong. I have to listen to a genre, a band, a style for at least a week or so, and immerse myself in it as much as possible, before moving on to the next thing. It has to fit some imaginary theme, have some imaginary connection in order to work. It’s weird, but my holiday photos are essentially yearly t-shirt taste updates – one year The Band, the next Alice Cooper, and so on. There’s a photo of me stood outside an apartment at Butlins in Skegness wearing a Morbid Angel t-shirt. Go figure that one out. But when it comes to albums like this one, the whole concept of ‘genre’ and ‘becomes so apparently stupid that I frequently need to remind myself to get over myself and just listen to things as they hit me.

Technical Ecstasy is Black Sabbath’s seventh studio album, and it’s one of the finest heavy metal albums ever made. The problems with making a statement like that are many, because of the complaints levelled at the album: It’s not heavy enough, it’s not ‘dark’ enough, it’s not intense enough, it’s silly, it’s got synthesisers, it doesn’t compare to the earlier Sabbath albums, it doesn’t compare to the early Ozzy Osbourne solo albums… While all of those statements are completely and utterly true, it does not make Technical Ecstasy a poor album. Quite the opposite.

Here’s why. The album was recorded during a turbulent time for the band: Ozzy was considering quitting, the band’s manager Don Arden (father of one Sharon Osbourne) was spending more time on other projects, soft rock was taking over the airwaves (The Eagles were recording in the adjacent studio), and punk was looming large on the horizon. Despite all of this, Technical Ecstasy is an incredible album.

Opener Back Street Kids kicks the album off with a signature Tony Iommi chainsaw riff (similar to his earlier masterpiece Children Of The Grave), and a classic Geezer Butler/Bill Ward powerhouse rhythm that hurtles forwards with all the grace of a steam engine. Ozzy’s singing is clear, and the context of the lyrics are clearer: he’s a kid that grew up in squalor and found salvation in rock ‘n’ roll. When he sings, “I’m just another back street kid… I’m a rock ‘n roll soldier, gonna play it until I’m dead”, you know he means every word. The synthesiser squiggles (courtesy of another Brummie Gerald ‘Jezz’ Woodroffe) are essential, and add an extra level of drama to an already monumental track.

It has variety, passion, sincerity and all of the songs are played with feeling, as genuine as any they ever did.

You Won’t Change Me, with its horror movie synths and minor key riffing, lays the groundwork for hundreds of bands that would follow Sabbath in the ensuing decades. It’s a genuinely emotional, sincere work from a band who many think of as being occult-peddling morons. Shades of The Moody Blues’ (another Birmingham band) orchestral grandeur emphasise the song’s splendour.

Bill Ward, often the most overlooked member of the original Sabbath lineup, wrote and sang lead vocals on two Black Sabbath tracks (something many fans won’t even be aware of), and Technical Ecstasy contains the first of these contributions. It’s Alright is a laidback, solemn rocker that evokes The Beatles, and extra flavour comes from Iommi’s acoustic guitars and Woodroffe’s piano.

The proggy Gypsy follows, and it twists and turns all over the place, eventually settling on a chorus built around a chunky riff. Geezer’s bass wobbles, Ward’s drums pound and Iommi’s riffs buzz maniacally – until something magic happens. Halfway into the track, Ozzy’s bizarre narrative about visiting a fortune teller takes a turn, and the band build up to a monstrous crescendo – again borrowing from The Beatles: The final half of the track takes all of the characteristic hallmarks of While My Guitar Gently Weeps and beefs them up to Sabbath size, and unfurls them with uncharacteristic restraint.

“It’s one of the finest heavy metal albums ever made”

All Moving Parts (Stand Still)’s vaguely robotic theme goes some way to explaining the bizarre robot sex cover, and it’s yet another uncharacteristic turn. It’s taut and tightly-wound, and shows that they were keenly listening to way the wind was blowing, with the street-walking strut of the opening section owing more than a little to bands like Thin Lizzy. Its experimental edge could have easily ended in hilarity, but Iommi controls proceedings like a wizard, tying all the disparate elements together with his riffs.

Rock N Roll Doctor showcases Sabbath is looser, more playful territory – think Aerosmith, AC/DC and The Faces. A couple of minutes in, Iommi can’t restrain himself and launches into an absolutely wild solo. Next, we have – get ready for this – an elegant ballad built around an acoustic guitar. She’s Gone is one of the more surprising entries into the Sabbath canon, and its luxurious, melancholy air is extraordinary. Ozzy’s heartbroken tale of a lost love is delivered with passion and sincerity – given extra gravitas by the knowledge that his family life was crumbling around him because of his various addictions. He’s since admitted that he was a terrible father to his first two children, and husband to his first wife, which lends She’s Gone an even deeper sense of poignancy.

Dirty Women closes the album, and it’s one of the few tracks that Sabbath have played with some regularity since reforming, and was even played on the band’s final string of shows in 2017. When it appeared, right towards the end of the night, it generated quizzical looks from many fans in attendance (my brother and I saw their penultimate date in Birmingham), and sheer joy from those in the know. It’s a lost classic, and pointed the way towards the direction Sabbath could have gone if they had stuck together, as it consolidates all of the best parts of their sound into one neat package.

If nothing else, I hope you give this record a listen. I assure you, it’s nothing like what you’d expect from a Sabbath record. Its sunny, breezy outlook captures a lot of the feelings that you might get from, say, The White Album. It has variety, passion, sincerity and all of the songs are played with feeling, as genuine as any they ever did. It also proves that the best albums can be neglected by the very community they belong to. It’s something I wish I’d learned years ago.