One For Keeps: Iggy Pop – Lust For Life

by Ross Horton
published: 1 Jun 2020 in One For Keeps
Tweet 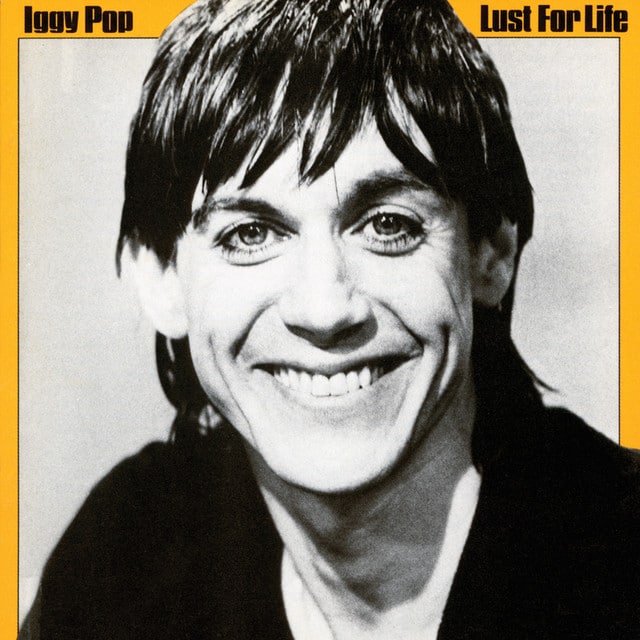 One For Keeps is a features series in which musicOMH writers wax lyrical on albums they’d just not be able to cope without. Here, to coincide with its reissue as part of a box set commemorating Iggy Pop’s ‘Bowie Years’, Ross Horton celebrates an album – and an artist – that he simply would not be the same without.

Iggy Pop’s first album of 1977, The Idiot, is my favourite album of all time. That said, I fully understand why people that think his second album of 1977, Lust For Life, is a better album. Firstly, it’s a truer representation of the personality and ambition of the man born James Newell Osterberg Jr on April 21, 1947. Compared to The Idiot, Lust For Life is a more dynamic, rhythmic and joyful listening experience. It’s not shrouded in darkness, or hampered by a hissing production. It just doesn’t feel as closely linked to the messy, nocturnal grandeur of David Bowie’s Berlin Trilogy as The Idiot does – in fact, if someone told you that Lust For Life was produced by the same man who’d just released Low, you might not believe them.  Lodger, maybe, but certainly not Low. It feels more… ‘Iggy’.

Secondly, and most importantly, it was Lust For Life that has kept Iggy relevant for all these years. Sure, The Idiot still attracts fans and is cited as an influence by many, but Lust For Life has a legacy that stretches further and wider than any of Iggy’s solo albums. Whereas The Stooges were (and remain) an influence on the punk, noise rock and hardcore movements, and The Idiot is a holy text for the goth rock, industrial and post punk movements, Lust For Life is everywhere. Almost all of the songs from it have been covered, with the covers ranging from great (Siouxsie And The Banshees, Nick Cave, Bauhaus, R.E.M.) to good (Tom Jones, The Damned, Duran Duran, The Pretenders). Jet ripped off the title track and turned it into a cash cow, but not before Iggy’s version had brought him to a whole new audience by featuring in Trainspotting; Michael Hutchence of INXS covered The Passenger and made it sound like The Sisters Of Mercy; the main riff of Sixteen was borrowed by Marching Church for their track 2016; David Bowie himself took Neighborhood Threat and Tonight to the top of the charts as part of his 1984 Tonight album… and it doesn’t end there: the ‘feel’ of the songs has been permeating rock and indie music for over 40 years. Hell, we’ve been promised that the album is a central influence on the upcoming release by Fontaines D.C.

None of the things above make Lust For Life an album I couldn’t live without. I mean, I heard the album before I ever knew Tom Jones had covered something from it, and I still don’t know what he covered. None of those things matter to me, because when I said The Idiot was my favourite album of all time, I meant it, but if The Idiot didn’t exist, Lust For Life would be my favourite. It’s that important to me. Where The Idiot is an album that I hold close to my chest and hide away like a secret treasure, Lust For Life has been shared with all of my friends, with all of my family, with those I love and those I’ve forgotten. It’s a birthday album, a holiday album, a driving album. When my brother and I lived in the greyest heart of Birmingham City Centre, Lust For Life was my companion. When I woke up every day in a house surrounded by a corrugated steel boundary wall and a front window that faced directly onto one of Birmingham’s busiest roads, Lust For Life was there. Its relentless sense of freedom and endless sense of momentum are inspiring in a way few albums are.

The singer and his band run through a flawless set of nine songs in just over 40 minutes. The band, made up of David Bowie on piano and backing vocals, Hunt and Tony Sales (drums and bass), Carlos Alomar and Ricky Gardiner (guitars) – all wonderfully recorded and produced by Bowie and Colin Thurston – are on fire throughout the entire album. It’s the best band either Iggy or Bowie have ever played with, and the fluidity of the whole band is just breathtaking.

On the title track, Hunt Sales’ drums sound like thunder. Tony’s springy, rubbery bass propels the whole thing forward, while the guitars fizz and hum like electricity in a plasma lamp. On Sixteen – which features some of Iggy’s foulest self-loathing lyrics – rabid guitars growl against a rhythm section that booms and chugs like a motorbike engine. Iggy sounds positively unhinged, and totally insincere (he was still in a deeply loving relationship with photographer Esther Friedman).

Some Weird Sin continues to dissect his perverse sexual desire for an unknown pleasure, while David Bowie’s vocals are pushed right to the fore, like Iggy’s conscience (or maybe his shrink). It captures that undefinable, inexpressible urge we all feel for something more, something other. I recently spoke to Hanni El Khatib about these albums, and he said while his favourite song across both discs was China Girl, what he really loves about the albums is that Bowie and Iggy “come together and merge” on these albums, and that they “blend and morph their styles together to present a new, unique take on themselves”. That’s none more apparent than on Some Weird Sin. The Passenger is next, and it’s an unshakeable classic, an ode to the road. It’s been done to death, and then done some more, and it’s still as ripe and as muscular as ever.

Tonight evokes the breathless energy of Ziggy-era David Bowie (who else?), and we get more of those Bowie vocals crashing around the stereo field to sweeten the stubborn optimism of the lyrics. Success, with its hilarious call-and-response non-sequiturs, closed out more Iggy Pop sets in the past decade than any other song – and it’s easy to hear why. Turn Blue is as bizarre and revolting and outrageous and eerily familiar as a David Lynch movie, its narrative zigzagging from dated racial imagery to self-flagellation and grotesque oversharing. 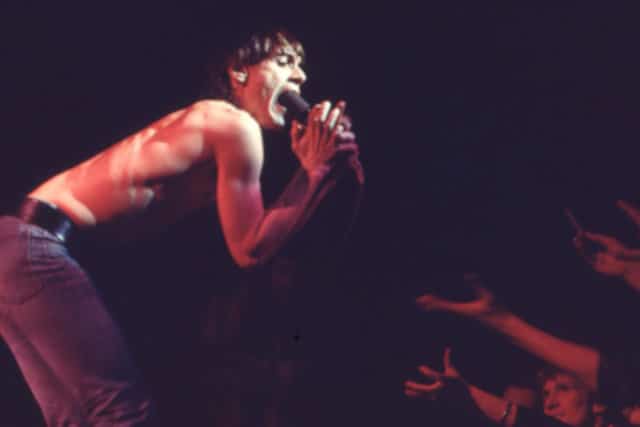 Neighborhood Threat, which took cues from the rawness of The Stooges but pointed towards the refined chops of New Values and Soldier, is a rough diamond, an endless well of fire and fury. And how best to close an album like this than with Fall In Love With Me, a sincere and heartfelt plea for love and domesticity from a man who only five years prior had taken to cutting his chest open and rubbing himself with peanut butter, dying on stage for the love of the audience.

A few years ago, when Iggy’s Post Pop Depression album was announced, and Iggy and Josh Homme (the co-writer and producer of the album) started talking about how the material sounded, and how the collaboration was going, and Lust for Life was mentioned, questions started to form: Could it be that these songs would be working their way back into the setlist? Could it be that I would live to see Sixteen and Success and Some Weird Sin live? After lying dormant for decades, could it be that Iggy’s Berlin years would get some of the their long-overdue recognition?

It was all that, and so much more. Stood inside the Royal Albert Hall, watching those songs performed live, was a life-making, holy moment that everyone in the crowd knew was never going to be matched by any live show they’d ever see afterwards.

Since that night, at the Royal Albert Hall, I’ve seen Iggy live again. I’ve been to Berlin to watch Queens Of The Stone Age. I’ve told the story of the gig a thousand times, to anyone who’ll listen. But nothing matches the feeling of hearing those songs in that place on that night. I never got to see Munch paint. I never got to see David Bowie play Boys Keep Swinging. I didn’t get to see The Shining in the cinema. But I got to see the majority of Lust For Life, performed live, and on full power. It’s no coincidence that Josh Homme referred to it as the best gig he’s ever played.

Without Lust For Life, so much music makes less sense. Without it, my life (and thousands of others’ lives) would have been immeasurably duller, and the world would be down one masterpiece. As it is, Lust For Life is just as powerful as ever, its reputation and legacy growing by the day. That’s what makes it One For Keeps.

Deluxe editions of Lust For Life and The Idiot, together with a 7CD box set of his Berlin-era albums, are out now through UMC. Tour dates and further information can be found at iggypop.com