One For Keeps: Sade – Lovers Rock

by Ross Horton
published: 18 May 2020 in One For Keeps
Tweet 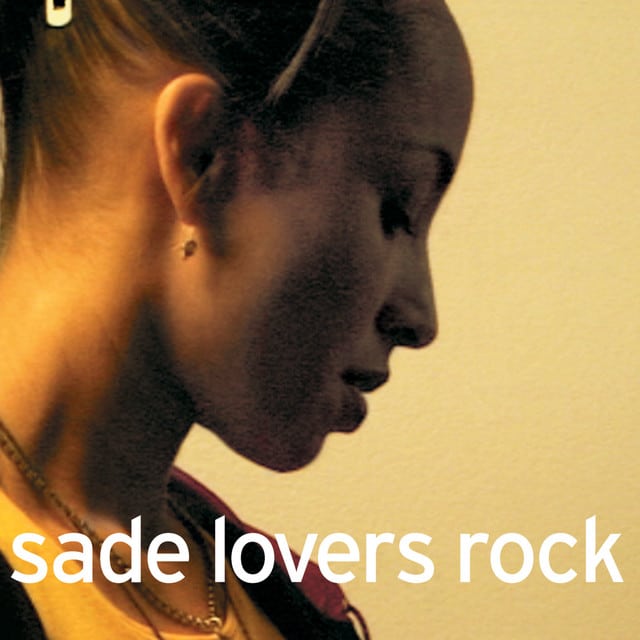 One For Keeps is a features series in which musicOMH writers wax lyrical on albums they’d just not be able to cope without. Here, Ross Horton looks at one of the most sensual, delicate albums of 2000, and pledges allegiance to the queen of R&B.

Sade Adu is not just a queen, she’s the queen. Folasade, her middle name, means ‘honour confers a crown’, and she is the daughter of a Yoruba Nigerian professor and an English nurse. Each of her six studio albums (released over a span of a quarter of a century) has sold millions of copies and received critical adoration across the globe. Her career has been flawless, much like her band’s music.

People might argue that if she were a white man, she would be talked about in the same breath as The Beatles, or David Bowie, or any number of commercially successful, artistically credible artists. As it is, she’s not, and she’s not. And that only makes the success of her albums sweeter.

So why Lovers Rock? Why not Diamond Life? Why not Promise, or Stronger Than Pride, or Love Deluxe, or Soldier Of Love? Well, the answer is simple – I heard this one first, and it was completely by accident. There’s something to be said for fate, or at least good fortune, when it leads you to albums – and artists – as great as Sade Adu and her namesake band.

Lovers Rock is an album of immense contrasts. It sounds exactly like Sade but contains the widest variety of stylistic flourishes of any of their albums; the sound is characteristically smooth and inviting but contains an uncharacteristic amount of strength and determination; it’s an album that contains Sade Adu’s most personal songs, but it is the band’s most universal record. Before I heard it, I didn’t know that music could be this transformative, this transportive, and in truth none of Sade’s other albums are as completely and utterly enveloping as Lovers Rock.

The gap between Lovers Rock and its immediate predecessor, Love Deluxe, was eight years – during which time Sade got divorced, had her only child, released a greatest hits album (which according to recent estimates has shifted around 8,000,000 units), and appeared to be retired. And why not? Love Deluxe is a masterpiece, and everyone acknowledged it as such. Sade and her band had nothing left to prove, and weren’t exactly short of a few pence… so it must have been art and the love of music that dragged her back, and it shows.

The album has almost no rhythmic diversity – it is relentlessly slow, and it revels in its laidback, relaxed pace (it’s in Sade’s voice that we find the true dynamic heart of the album). The opener, By Your Side, which if you’re older than 25 you’ll have heard hundreds of other artists attempt to replicate, is a tender, loving ballad. The gentle acoustic guitar is divine, and Sade’s voice manages to convey strength, support and sincerity.

Sade’s voice has a much-discussed sexiness, but it almost always comes from the confidence with which she expresses the most complex of emotions – she doesn’t moan, or yelp, or any of those banal signifiers, but romantically and calmly soothes your ills away. She expresses confidence and self-assurance in a genuine, open-hearted way, and that’s an amazing thing to experience, especially the way she moulds her voice around the downtempo grooves on Lovers Rock. When another acoustic-led ballad shows up later (The Sweetest Gift), the potency of both tracks is doubled – it’s as though the cumulative effect of what the band are doing to you has a delayed impact.

Flow, with its hip hop beat and spare acoustic guitars, has a poignant, leisurely simplicity that feels both natural and considered. On the previous albums, the band always managed to showcase a measure of restraint, but often fell into the habit of including sultry sax solos or jazzy guitar flourishes. It is on Lovers Rock where they truly exercise true restraint. The hip hop beats are also used to perfection on All About Our Love, which brings with it an almost psychedelic haziness, due in no small part to the glassy guitars washing around the stereo field.

“This is one of those albums that feels like a private treasure – it’s in such plain view but so infrequently heard that it still seems like something new, something forgotten, something hidden”

King Of Sorrow is a career highlight. When Sade sings about fighting a “private war”, trying desperately to warm a partner’s soul, and being surrounded by “remnants of joy and disaster”, she speaks directly to the heart of anyone who’s ever experienced the slightest measure of heartbreak over a failing relationship. King Of Sorrow is flawless in its expression of human sadness, from the sparse but elegant instrumentation, to Sade’s yearning voice and poetic lyrics.

There are also moments of uniqueness, moments of individuality. Slave Song borrows heavily from dub – conjuring memories of Grace Jones’ ghostly reggae sound – and summons an uncharacteristically haunting, haunted atmosphere. Every Word is a glistening, folk-adjacent campfire swooner – with a guitar that immediately evokes John Frusciante’s Under The Bridge guitar phrasing.

The title track is positively filthy – its raw sexuality is only strengthened by the reggae and dub touches sprinkled throughout the sonic makeup of the track. It’s Only Love That Gets You Through, which ends the album, is a solemn hymn to the healing power of knowing who you are, and fighting to maintain your identity against all challenges. Immigrant deals with a heartbreaking realisation about the horrors of racism and prejudice, framed around the suffering of a black man – who we could assume has some of her father’s experiences woven into his character – who was “turned away from every door”, not “knowing what it is to be black”.

This is one of those albums that feels like a private treasure – it’s in such plain view but so infrequently heard that it still seems like something new, something forgotten, something hidden. Mention Sade and you’ll hear about Smooth Operator, or maybe Your Love Is King. Walk into any Poundland as soon as you’re allowed to, and you’ll likely find this album or Sade’s Greatest Hits in their second-hand media bay. Hell, you can probably find one of the millions of copies of this album for a few pence online, if you like. For an album that’s everywhere, Lovers Rock is still hiding multitudes, and only reveals them slowly, over years of intensive scrutiny. That beauty, the beauty of sheer artistic perfection, is what makes it One For Keeps. Love live the Queen.

More on Sade
One For Keeps: Sade – Lovers Rock
Sade – Soldier Of Love