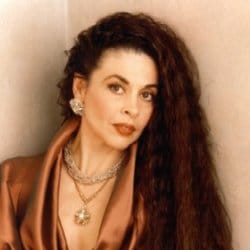 First the Chief Executive (Sen Doran) left at the end of November, followed three weeks later by the Chairman (Martin Smith), and the new Music Director, Oleg Caetani, was then asked by the new management not to take up his office.

Meanwhile, the staff have been threatening strikes; a new opera wasn’t ready in time for its premiere and was replaced by The Mikado.

New Chief Executive Loretta Tomasi and Artistic Director John Berry have had barely three months in which to plan the 2006-7 season from scratch. Bearing that in mind, it’s quite an impressive line up, even if there are one or two question marks dangling in the air.

Although it’s not heavy on big names, there are some leading international singers making appearances during the 2006-7 season. Best of all, the great American soprano Catherine Malfitano makes an exciting ENO debut as Kostelnicka in Jancek’s Jenufa (from 9 October 2006), in David Alden‘s production from Houston Grand Opera. Amanda Roocroft plays the title character and Paul Charles Clarke follows his impressive WNO Don Carlos with the role of teva. It’s good to see the company returning to the serious Czech repertoire with which they have previously had so much success.

Emma Bell is an intriguing choice of soprano for the lead role in Conall Morrison‘s new production of Verdi’s La traviata (from 27 September). Normally associated with Mozart, this is her first Verdi role, and it will be interesting to see whether she can pull it off. The production sounds challenging: we are informed that it is ‘set in mid/late 19th Century Dublin, in which social mores are explored against the background of religious conflict.’

From the sublime to the ridiculous: ENO is to present a new production of Gilbert and Sullivan’s The Gondoliers. There’s hope for the venture in the form of the return of the legendary mezzo Dame Ann Murray as the Duchess of Plazatoro, but it seems an awful waste of a great singer on a mediocre work. Martin Duncan (director), Richard Balcombe (conductor) and Ashley Martin-Davis (designer) all created a production of the operetta for the Chichester Festival back in 2003, but they are to produce a new one for ENO in November 2006. I’m surprised they find it so revisitable, but am willing to be convinced.

“The new production of La traviata is set in 19th Century Dublin, in which social mores are explored against the background of religious conflict.”

One of the year’s surefire hits is David McVicar‘s new production of Handel’s Agrippina. The company has a high reputation for its Handel productions (Xerxes and Ariodante especially), and McVicar’s Glyndebourne Julius Caesar was one of the best opera productions of last year, so the conditions for success are ideal. The casting is strong, especially the women: Sarah Connolly (Agrippina), Christine Rice (Nerone) and Rebecca Evans (Poppea).

It’s also good to see the company reexamining core repertoire in the form of The Marriage of Figaro, celebrating Mozart’s 250th birthday. Olivia Fuchs follows up her recent work at Holland Park and Covent Garden with this modern-dress Figaro. The two casts include Mark Stone (an imposing Eugene Onegin for Holland Park last year) and Scott Hendricks (WNO’s remarkable Posa in the autumn) as the Count.

More testing fare comes in the delayed world premiere of Gaddafi, which opens the season on 7 September. The music is a mixture of Western and Eastern styles, with the contribution of the Asian Dub Foundation‘s expertise in traditional Indian music, reggae and punk. Steve Chandra Savale and Shan Khan are responsible for the score and libretto; Gaddafi is played by the Irish-Indian rapper JC001. Who knows what this piece could turn into – a probing insight into a controversial figure or a flaccid piece of improvised nonsense.

“The delayed world premiere of Gaddafi opens the season…Gaddafi is played by the Irish-Indian rapper JC001.”

Also noteworthy is the UK stage premiere of Philip Glass’ Satyagraha, which is about Mahatma Gandhi’s work with the Indian community in South Africa from 1893 to 1914. Running from 5 April 2007, the opera calls for mammoth orchestral and choral forces. This is a fascinating project, and the combination of Glass’ music with the figure of Gandhi might make for a memorable evening in the theatre. (It’s about time they brought back the mesmerising production of Ahknaten, too – Ed)

As well as a revival of La boheme from February 22, 2007 which stars Mary Plazas (from November’s Madam Butterfly) and Peter Auty (a dashing Duke in Rigoletto), David McVicar’s brilliant La clemenza di Tito returns from June 8, 2007. Emma Bell and Paul Nilon once more take the roles of Vitellia and Tito, while the popular Alice Coote plays Sesto for the first time. The production is to be conducted by Edward Gardner, ENO’s Music Director Designate – an excellent appointment that will hopefully bring the troubled company back to its former glory.

Thank goodness Deborah Warner’s new production of Death in Venice is still planned to take place, starting on 24 May, 2007. This will continue the theme of Britten as the House Composer from last year’s Billy Budd, and stars Ian Bostridge as Aschenbach and Peter Coleman-Wright in the multiple baritone roles. A hugely underperformed opera, it’s easily worth of the attention of this talented director and singers.

Finally, a double treat for fans of musicals. The popular On The Town returns from April 23, 2007, and there’s a new production of Kismet running for 19 consecutive performances from June 27. Richard Hickox, no less, is the conductor, assisted by Simon Lee, for Kismet, which is based on the music of Borodin. There are some great songs – ‘Stranger in Paradise’, ‘Baubles, Bangles and Beads’, ‘And This is My Beloved’ – but to me, it’s not one of the all-time greats. Perhaps a large-scale production with a huge dance company and ENO’s venerable orchestra will make it come to life, however.

Who knows what the future holds for ENO? Their 2006-7 season is daring, to say the least, and now they have a new Music Director, perhaps they will find their feet again. Let’s hope so.