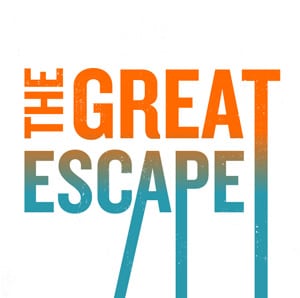 The Great Escape is a chance, above anything else, to see bands and artists for the first time. It’s this sense of discovery that draws festival-goers to Brighton for three nights every May. Well, that and the prospect of fish and chips by the sea.

Nestling within the Brighton Festival but separated by ticketing and purpose, The Great Escape brings the music industry face to face with music consumers in a way no other UK festival quite manages, with its convention during the days adding to the atmosphere of this being a special event.

The venues used change each year – at least in name – and ensure that no two Great Escapes feel quite the same. The weather, too, plays its part. And while a minority of bands on the bill have been invited back, for the most part the voyage of discovery holds true to its purpose. Buzz bands emergent from SXSW and as yet unsigned acts sit alongside the latest major-label offerings on a bill that’s also influenced by delegations from a range of countries, who showcase the latest music their nations have to offer. Canada, Australia, France and the Netherlands were much in evidence this time.

Scheduling clashes inevitably mean there are gaps in coverage – especially when the best laid plans are rendered nought by a late-running stage. But, after seeing some 60-odd bands over the course of three days and nights, the acts below represented at least some of our particular high points this year.

Mike Hadreas’s second album, Put Ur Back In 2 It, has developed his formerly sparse sound to now include a live drummer and additional keyboard player. Sandwiching two nights at London’s St Pancras Old Church was an appearance in this much larger space. Minimal audience interaction let the atmosphere of the venue marry well with Hadreas’s stark confessionals, from Mr Peterson to Hood. More than one face was tear-smeared by the set’s end.

One of the most hyped bands at this year’s Great Escape were a very tight four-piece offering whose lead singer Jehnny Beth managed to combine artful poise with the feat of controlling pedals while wearing sizeable stilettos. If you like your post-punk seriousfacedly black-clad and focused on playing music, Savages are for you. They look like they have a mission to succeed. And with their balance of distortion and melody, surely they will.

Named after a Radiohead track, this husband-and-wife band marry fear, horror and the end of all things with the astonishing squall of Aleksa Palladino’s vocals and dramatic, poised look. Somewhere between early Howling Bells and School Of Seven Bells, they held the attention of the small crowd who stayed rapt throughout their late running set. Debut album Passages appears on Secretly Canadian on 21st May; its songs translate impressively to the stage.

Glasgow’s Errors aren’t in any way new, but with third album Have Some Faith In Magic they’ve sure as hell reinvented themselves. And their Digital headline show – good god, if there was ever a really bad time to be wedged next to an amp stack. Still, a minor concussion is a small price to pay to witness the three-piece – three piece? How the hell do just three people make this much noise? – brutalise a tiny club with their mesh of synths and beats, broken riffs and haunted vocals. They’re so far away from post-rock right now that the term just doesn’t apply, but neither does any other: in a weekend where a lot of bands are augmenting their slightly tired guitars and drums with electronics, no-one else quite sounds like this.

They’ve no album out yet and barely any web presence, but London’s Vondelpark have been gaining a rising buzz for almost a year off the back of a clutch of excellent EPs and a sound that drags The xx to a party by The Avalanches. Live there’s four of them, although it’s only really mainman Lewis Rainsbury that matters, taking vocal duties, lead guitar, synths, sample-trigger and drum-loop duties on himself whilst the other three add slight texture at the edges. But that’s irrelevant when they sound this good: part California sunset, part East London urban decay, Vondelpark weld a quiet melancholy to their restless beats and insouciant charm.

Stepping out with a pared-down line-up and a leaner sound, Oxford’s Jonquil don’t take long to impress with their Friday afternoon appearance at the Green Door Store. Now a four-piece (half of the band having left to form Trophy Wife), they deliver an extremely tight set of mathy (but less so than before), jangly, brass-infused guitar-pop, singer Hugo Manuels’ vocals both warm and slightly sad. As part of the Blessing Force collective. comparisons with Foals remain inevitable, but it’s actually the late Youthmovies that Jonquil’s current sound most channels – not least with ex-member Sam Scott on bass and trumpet – their songs unravelling in a show of technical complexity and melodic proficiency that their albums don’t quite capture.

Deaf Club have only been with us since last year’s Lull EP, but that boldly-etched offering is a vision of such pristene melancholia that it’s already elevated this Welsh five-piece from promising fledgling to fully formed next-big-thing. Radio play and no small amount of blogosphere hyperbole have followed in its wake, and recent single Sunday / Mirrors (released on Kissability) suggests barely a word of praise has been misplaced. This buzz brings an expectant throng to test the crumbling brickwork of the Green Door Store: an under the arches lock-up that is gloriously at odds with Deaf Club’s expansive atmospherics. Yet it works to contain the grandiose. Polly Mackey’s polished-up-Siouxsie vocal is a study in restraint. Impassioned and intense but never faltering, shes a hushing rage: swirling whispers, moments of angelic gloom sparking magnesian in the early evening shadows. Behind her, the rest of the Club leak surprising smiles sneaked moments of pleasure that belie the gothy tinges. But it’s deserved contentment. The bass rumbles with a gutsy, melodic gloom, and the drum is a hook-filled staccato – completing a sound that’s both classic yet unerringly of the moment. In pieces, darkly vicious as Esben And The Witch, immaculate like The xx, but unmistakeably sharper than both. 2012 will bring a further single release in July, and see the band hole up for album duties in the autumn. Exciting times.

A Winged Victory For The Sullen St Mary’s

There are few inevitabilities so wonderful as this: A Winged Victory For The Sullen given an album-length slot in St Mary’s vaulted chambers could only bring us joy. Sure, it’s a reflective, sitting-down-and-staring-wanly-at-the-ceiling style of joy, but it’s joy nonetheless. The collaboration of Berlin’s neo-classical pianist Dustin O’Halloran and Adam Wiltzie, hitherto the ambient soul of Texan drone-duo Stars Of The Lid, produced one of last year’s standout albums, an essay in dreamy atmospherics and heartwarming swells, supported beautifully by strings from Erased Tapes labelmate Peter Broderick and the wondrous cellist Hildur Gunadöttir. All that is captured live: the grand sighs, the layered introspection; the reverent setting evoking the albums origins in Berlin’s Grunewald Church; and scattered afore, hundreds of weary Great Escapers lulled collectively into a gently drifting bliss. Indie rarely sees a standing ovation, but here it was more than deserved. Another joyous inevitability.

When Saints Go Machine’s (criminally short) set was a masterclass in translating tightly-bound synth records to full-blooded club anthems. And that’s some compliment. The Danish electronica outfit packed for the seaside with dense and intricately layered samples, falsetto trills and effects-laden tunes that originally took them an intense two years to bring to record this is not your typical knockabout indie. And yet from the off, this was a heaving, thronging mosh of a gig, the restraint of Church and Law overrun by Nikolaj Manuel Vonsild’s raw, emotive vocal; the soft synth loops of Kelly reborn as rampant, danceable hooks; the sweet charm of Add Ends redrawn in sharp-edged riffs, growling bass, and a daring, feedback bridge that broke, twinkling, into the gentler arms of its opening bars. When Saints on record brought passion through intricacy and craft; in person, they let that passion loose and the result is utterly, unforgettably thrilling.

More from Erased Tapes. The stained glass of St Mary’s church is fading to dark as German pianist Nils Frahm takes the stage, his quiet humility in sharp contrast with his extraordinary talent. Largely focused around a single piano, Frahm’s performance buries rhythms within rhythms, veering from understated atmosphere to dynamic swell in a set that’s alive with power and grace. The setting helps, of course: this is music that evokes grand spaces, twilit and shadow-wracked with a reverent crowd, but there’s nothing antiquated or pretentious about these pieces. It’s a show that makes much of the Great Escape seem forced and image-driven, overwrought and almost barbarous. It isn’t, but such is Frahm’s power to transcend his surroundings.