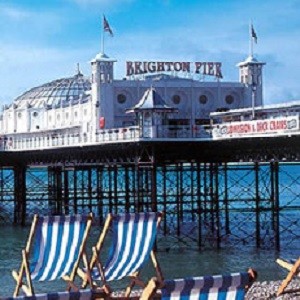 Gone are the days when festivals meant camping out in a rainy field with cows and portaloos for company. Along with the traditional tent events, there are more one dayers, European jaunts and city-based festivals than ever this year.

We’ve siphoned through the dozens planned for the summer to bring you the low down on the cream of the crop.

In the first installment of musicOMH’s festival guide 2013, we look at seven of the best city festivals – one-dayers and multi-day events – scheduled to take place across the UK. These events are the perfect solution if you love the festival atmosphere but don’t fancy camping.

The Great Escape
This is the time of year when industry bods and music fans alike flock to the seaside to see some of the most hotly tipped new acts. It’s a very British version of SXSW, with debates and networking events running as part of a convention alongside shows across the city. This year there are over 350 acts playing across 30 venues, including one curated by musicOMH. We’ll be at the Unitarian Church, on the Thursday night, presenting a selection of new bands for you to lend your ears to (preview here).
When: 16-18 May
Where: Venues across Brighton
Who: Bastille, Everything Everything, Billy Bragg, Tom Odell, Three Trapped Tigers, Chvrches, Sweet Baboo, Young Husband, Iggy Azalea, Melody’s Echo Chamber, Lewis Watson, Jenny Hval, Klaxons, Phosphorescent
Why: A chance to see some new bands that have passed through the quality filter; they’ve done the leg work for you
Find out more: mamacolive.com/thegreatescape

Field Day
The Victoria Park one-dayer has had its ups and downs since its launch in 2007. But the hiccups have been cured and something about it – consistently brilliant bookings? – keeps the punters coming back year after year. As the brainchild of promoters Eat Your Own Ears and Bugged Out, it’s hardly surprising that Field Day has carved a reputation for pulling in some of the best new bands and most interesting line-ups. Now gearing up for its seventh year, this year’s line-up is looking top notch.
When: Saturday 25 May
Where: Victoria Park, London
Who: Animal Collective, Bat for Lashes, Chvrches, Daughter, Django Django, How To Dress Well, James Yorkston, Fucked Up, Four Tet, Kurt Vile, Palma Violets, TOY, Solange, Stealing Sheep, Wild Nothing, Savages
Why: Probably the coolest festival in London right now, it’s never compromised to raise a few extra quid.
Find out more: fielddayfestivals.com
Listen to Field Day Radio here

Dot to Dot
Since its inception in Nottingham eight years ago, Dot to Dot has grown in size and stature and now also calls in at Bristol and Manchester. It takes over each city’s best venues for 14 hours and boasts some of the most hyped new acts around.
When: Manchester – 24 May, Bristol – 25 May, Manchester – 26 May
Who: Tom Odell, Dry The River, The 1975, Lucy Rose, Benjamin Francis Leftwich
Why:Tickets cost just £20 for a full day of music across the cities’ best venues.
Find out more: www.dottodotfestival.co.uk

Lovebox
Another Victoria Park event, this time over three days. Lovebox is known for its carnival atmosphere and, after 11 years, this year looks set to be no different. Big stars mix with underground names, with the emphasis on dance music. Tickets are on sale for single days, combinations of two days or for the whole weekend.
When: 19-21 July
Where: Victoria Park, London
Who: Friday – Azealia Banks, Flying Lotus, Gold Panda, Duke Dumont, Jazzie B, Jurassic 5, Rudimental, Wiley
Saturday – AlunaGeorge, Mark Ronson, Plan B, Danny Byrd, A-Trak, Metrik
Sunday – Goldfrapp, Hurts, Purity Ring, Miss Kittin, Factory Floor
Why: It’s has the biggest party atmosphere of any of the day festivals
Find out more: mamacolive.com/lovebox

Hard Rock Calling
This year Hard Rock Calling has moved east from Hyde Park, to an area with fewer neighbours to upset and less grass to churn up. The first ever festival in the former Olympic Stadium, it’s got a suitably grand line-up to fit the occasion.
When: 29-30 June
Where: Queen Elizabeth Park
Who: Saturday – Kasabian, Paul Weller, Miles Kane, The Cribs, Klaxons, Kodaline
Sunday – Bruce Springsteen and The E Street Band, The Black Crows, Alabama Shakes
Why: It’s the first opportunity to see a gig in the Olympic stadium
Find out more: hardrockcalling.co.uk