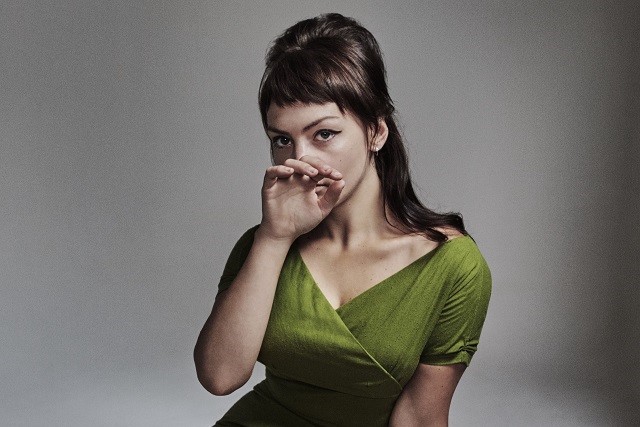 This week starts with a pair of shows by Angel Olsen at Union Chapel. Her reputation has really soared over recent years on the back of acclaimed album My Woman, and she’s back in London to support new rarities album Phases. She’ll be in Islington on Monday and Tuesday.

Another name firmly on the ascendency is Kamasi Washington. 2015’s The Epic album was heralded from all quarters (not least from us here) and the release of EP Harmony Of Difference last year kept the momentum going. His second full album Heaven & Earth is building up to be one of the releases of the year and he previews material from it on Wednesday at a show at the Roundhouse.

There’s A Riot Going On by Yo La Tengo has received widespread acclaim since being released earlier in the year. We commented how “in years to come it may well be seen as the album that reinvigorated and renewed their already illustrious career”. Their live shows are always excellent, drawing from their extensive back catalogue and they play a show at the Royal Festival Hall on Friday.

On the same night Wembley Arena hosts a rejuvenated Manic Street Preachers, who are going through one of their regular phases of critical appreciation on the back of thirteenth album Resistance Is Futile.

A younger band that have released consistently good albums over recent years is Wye Oak. Latest album The Louder I Call the Faster It Runs built on the strengths of predecessor Shriek and we get a chance to sample songs from both when they play Village Underground on Thursday night.

Two more experienced heads are in London on Saturday – Luke Haines is at the Lexington ahead of the release of new album I Sometimes Dream Of Glue and Michael Head & The Red Elastic Band play Islington Assembly Hall on Saturday – expect to hear tracks from last year’s Adiós Señor Pussycat album as well as occasional tracks by his former bands Shack and The Strands.

In more experimental territory, Milton Court is the setting for a show on Monday that pairs two acclaimed electronic artists – Alessandro Cortini and Sarah Davachi. Elsewhere sometime Engineers man Mark Peters plays from his just-released album Innerland at the Social on Wednesday, while on the same night the Islington hosts a show by HC McEntire (she’s also part of Angel Olsen’s band).

It’s been another week of big gig announcements. Arguably the most exciting was the trio of shows that Teenage Fanclub will be playing at the Electric Ballroom on 13th, 14th & 15th November celebrating five of their key albums.

John Grant is also returning to London, and plays a show at Brixton Academy on 30th October. Alela Diane recently played a show at Union Chapel and must have enjoyed it as she’s announced another at the same venue towards the end of the year (on 19th November to be precise).

Kurt Vile & The Violators meanwhile will be appearing at Shepherds Bush Empire on 6th and 7th November. Finally, two names we haven’t seen for a while – ’90s indie outsiders Ultrasound and underrated guitar survivors Electric Soft Parade will be playing the Lexington on 24th November.