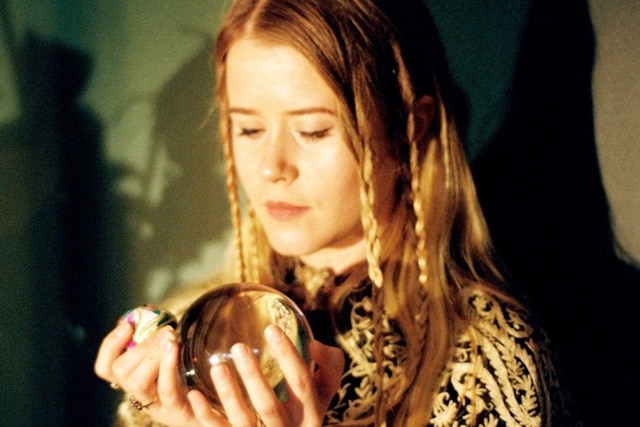 London can always be a bit clashy when it comes to gigs, but this week seems to be even more so than usual. It’s in evidence on Monday with a pair of gigs that makes us want to divide into two parts and attend both. Dead Magic by Anna von Hausswolff is one of our favourite albums of the year so far, and she plays the Tufnell Park Dome. Her shows are always powerful, intense affairs and, given that the new album is her heaviest yet, we should be in for something special.

A few miles away over in Haggerston, Brixton-based rapper Ty promotes fine new album A Work Of Heart at Archspace.

Later in the week on Thursday, fans of guitar bands have even more to choose from. Turin Brakes play from uplifting latest album Invisible Storm at the Palladium, while The Clientele appear at the Scala. Over in east London Damien Jurado shares tracks from forthcoming album The Horizon Just Laughed at St. John on Bethnal Green and alt-country survivors The Handsome Family will be at the Round Chapel in Hackney. It’s another tricky call but we’ll be covering the Turin Brakes show.

Belle and Sebastian return to London with a show in support of latest album How To Solve Our Human Problems, Parts 1-3 at the Troxy on Friday. Over at the Forum on the same night Frightened Rabbit celebrate the 10th anniversary of their Midnight Organ Fight album by playing it in full. In contrasting fashion, Ben Frost will bring his hard-hitting electronic sounds to Heaven on the same night.

Finally, they’ve been quite in recent years but Café Oto sees the return of John Peel favourites God Is My Co-Pilot on Saturday. Australian improvisatory trio The Necks have made the Dalston venue their London home over recent years and they squeeze in a matinee show on Sunday afternoon. It’s sold out unfortunately but no doubt they’ll be back soon.

It’s been a busy week on the new announcements front. The line up for Robert Smith’s Meltdown festival taking place at the Southbank Centre in June was the big news of the week. It’s the strongest for several years – My Bloody Valentine, Nine Inch Nails, Deftones, Mogwai, Manic Street Preachers, Placebo and The Psychedelic Furs were among the first set of names revealed. Full details can be found here.

In other news, Beach House will be appearing at the Troxy on 16 October ahead of the release of seventh album 7 and Jon Hopkins will play his biggest show in the capital to date at Brixton Academy on 2 November in support of new album Singularity. We’re excited to hear both. Thee Oh Sees are viewed by many as one of the best live bands in the world at the moment and they have announced they’ll be playing the Kentish Town Forum on 3 September. Dirty Projectors also return to play Village Underground on 21 and 22 August, and The Pastels will play two dates at Café Oto on 14 and 15 April.