Blick Bassy, You Tell Me & Ibibio Sound Machine… This Week In Gigs 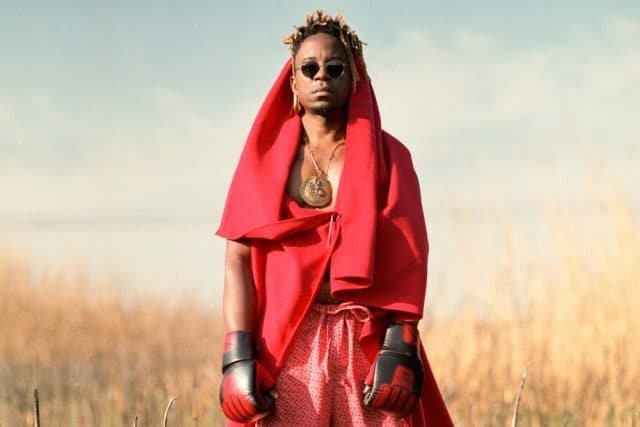 1958 by French-Cameroonian artist Blick Bassy could well be the album released so far this year with the most interesting story behind it. It focuses on the death in 1958 of one of the forgotten heroes of Cameroon’s fight for independence, Ruben Um Nyobé. It is Bassy’s attempt to try to help reveal the truth about the episode and sees him sing in his native language of Bassa while incorporating some distinctive and beautiful instrumentation. He’ll be playing tracks from it at St Pancras Old Church on Monday.

Later in the week, Thursday is most definitely the busiest night, providing several gigging options. The eponymous album by You Tell Me was released back in January, and to be quite frank, we loved it. Featuring Sarah Hayes of Admiral Fallow and David Brewis of Field Music it successfully blends the beautiful songwriting of the former with the musical ingenuity of the latter. They will be playing at the Lexington (with support from the excellent Sweet Billy Pilgrim). Over at the Electric Ballroom the volume will be somewhat higher as Bob Mould promotes well-received latest solo album Sunshine Rock. Ibibio Sound Machine are also in London on Thursday, playing a show at the 100 Club gearing up for the release of the next album Doko Mien (they’ll be at the same venue on Wednesday also). On Friday meanwhile Fumaça Preta bring their dynamic South American psych-garage sounds to Servant Jazz Quarters in Dalston. We’re looking forward to hearing their forthcoming third album Pepas and this should be an exciting night in a fantastic little venue.

We might go on about them quite a bit but the Daylight Music shows that take place most Saturdays at Union Chapel between 12:00-14:00 really are quite special. This weekend’s event sees Distant Voices, the project featuring various Scottish musicians including ex-Delgado Emma Pollock, Louis Abbott (a second Admiral Fallow member to feature on this week’s preview), Jo Mango and Donna Maciocia take centre stage. Their Not Known At This Address album tackles the subject of the criminal justice system in a thoughtful way and attempts to bring some humanity back into the discussion. Entry is on a pay-what-you-can basis.

More on Blick Bassy
Blick Bassy, You Tell Me & Ibibio Sound Machine… This Week In Gigs