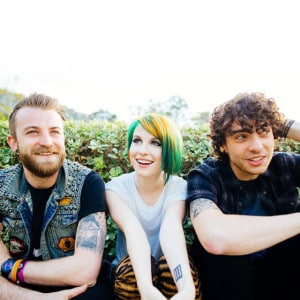 If last year’s decision to have rap legend Eminem headline Reading and Leeds Festival took many by surprise, this year’s edition of the event will feel much more familiar – in the best way possible.

With Arctic Monkeys, Blink-182 and co-headliners Queens Of The Stone Age and Paramore topping the bill, Reading and Leeds arguably has the strongest set of headliners of any festival in the UK this year.

Friday will see Queens Of The Stone Age headline the Main Stage at Reading for the first time – despite playing the festival five times before – which is remarkable considering how unbelievably good they are live. Josh Homme and co will be ably supported by the popular Paramore – before they switch on the Saturday at Leeds – in what will be their only UK performances of the year.

They will not have it all their own way, though, as some of the smaller, more eclectic stages at this year’s festival are packed with equally enticing prospects. Manchester indie rockers The Courteeners are certain to draw a big crowd over at the NME/BBC Radio 1 Stage, while Reading and Leeds stalwarts Jimmy Eat World will no doubt put on an entertaining performance when they headline the Lock Up Stage; classic Reading/Leeds bands, both.

For those looking for something a bit different, London rapper Giggs is one to watch on the BBC Radio 1XTRA Stage, especially following the release of his third studio album, When Will It Stop, last year. Some of the other highlights of the Friday bill at Reading to look out for include Vampire Weekend’s first return to the festival Main Stage since 2009, as well as the debut UK solo show for My Chemical Romance frontman Gerard Way.

While Way will no doubt be under pressure – as he looks to establish himself ahead of the release of his debut solo album later this year – all eyes will be on the return of Arctic Monkeys to the festival. The Sheffield four-piece headlined for the first time in 2009, shortly after the release of their divisive third album, Humbug. It was a set that did not exactly receive rave reviews, largely due to the number of new tracks littered throughout and the slowing down of classics from their debut.

However, five years on – and two more albums later – the Arctic Monkeys are now a completely different prospect. As they demonstrated with their headline set at Glastonbury last year, the band have now mastered their live performance and have an enviable back catalogue of songs to choose from. On the back of their brilliant fifth album AM, festival-goers can look forward to what should be one of the standout sets of the weekend.

In fact, the line-up for Saturday at Reading – or Sunday if you are heading to Leeds – is quite possibly the pick of the three days. Whether you love him or hate him, Jake Bugg will certainly draw the crowds when he supports Alex Turner and Co, while Imagine Dragons, Foster The People, The Hives, Peace and Pulled Apart By Horses continue the strong billing on the Main Stage on the second day.

The NME/BBC Radio 1 and Festival Republic Stages also have stellar line-ups on the Saturday. Bombay Bicycle Club will cement their rise up the ranks when they headline the NME/BBC Radio 1 Stage, while Band Of Skulls and We Are Scientists top the Festival Republic. Brighton duo Royal Blood have already taken 2014 by storm – even before the release of their much-anticipated debut – and they will also be worth checking out.

Fan favourites Blink-182 will close this year’s Reading Festival on Sunday, following their well-received headline set in 2010. With the punk-pop trio promising new music in the near future, it will be interesting to see if any newbies find their way into the set alongside classics such as All The Small Things and Dammit. Macklemore and You Me At Six will provide suitable support on the Main Stage, while The 1975, Klaxons, Clean Bandit and the highly hyped Jungle will also perform on the final day.

Reading and Leeds Festivals take place from 22 to 24 August 2014. Tickets and further information are available from the Reading Festival website.