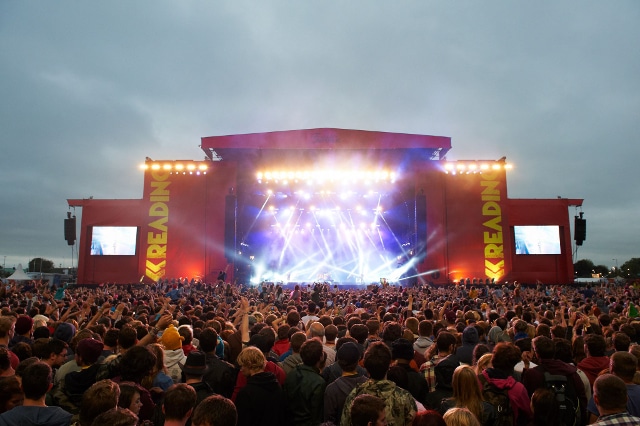 So Glastonbury happened. There was mud – lots and lots of the stuff – and Adele finally did her thing at Worthy Farm in front of thousands of teary and emotional overwhelmed fans. Along with Coldplay and Muse, it is fair to say that Emily and Michael Eavis played it relatively safe in 2016: all three headliners were trusted performers and have a widespread appeal thanks to their inoffensive tunes.

The same cannot be said of Reading Festival – and, by extension, sister festival Leeds – this year. While Glastonbury has been reluctant to promote bands to headliner status on the Pyramid Stage, Festival Republic boss Melvin Benn has been much more adventurous in recent years. That trend has continued again with Foals, who are getting a much-deserved chance to show what they can do on Friday night.

It has been a long time coming for the Oxford five-piece and their gradual transformation from awkward math rock band into the artists that created last year’s impressive What Went Down is evidence that the time is right. Their secret set on the NME/Radio 1 Stage at Reading Festival 2015 was one of the highlights of the weekend and tracks like Mountain At My Gates are ready-made for the headline slot.

Alongside Foals in the co-headline slot are Disclosure, which is an interesting pairing. The dance duo, consisting of brothers Howard and Guy Lawrence, have only got two albums under their belt, but with an already formidable collection of hit singles – plus the potential for special guest appearances from the likes of Sam Smith and Jessie Ware – they will surely go down a treat with the festival’s younger crowd.

While Foals and Disclosure will both be making their debuts topping the bill at Reading, Red Hot Chili Peppers will be returning for the fourth time. It may be nine years since the California quartet graced the Main Stage, but coming off the back of their favourably received latest record, The Getaway, the Chilis appear to have finally found a way to exist without John Frusciante and have plenty of classic anthems at their disposal.

Sunday will see another interesting pair of co-headliners in Biffy Clyro and Fall Out Boy. The former were given their first major UK headlining slot in 2013 at the very same festival and the Scottish trio, who have just released seventh LP Ellipsis, are now among the best British acts when it comes to performing live. Fall Out Boy, on the other hand, are a more acquired taste, but they certainly know how to make people dance, dance, dance.

Elsewhere, the line-up features a wide variety of genres. Take the rest of the Sunday Main Stage bill, for example, which includes The Vaccines, A$AP Rocky and Five Finger Death Punch playing back-to-back. And if none of those take your fancy, the NME/Radio 1 Stage has fan-favourite acts The 1975 and The Wombats to make sure the final day ends on a high.

There are plenty of other highlights across the weekend to get excited about too, starting with the promotion of CHVRCHES to a late slot on the Main Stage on Friday. The rise of the Scottish electro trio has been quite remarkable over the past few years and they are sure to draw a sizeable crowd. The same will be true of Reading Festival’s favourite son Frank Turner, who will kick things off on the Main Stage with The Sleeping Souls.

Beyond the Main Stage, Friday will see Crystal Castles take to the NME/Radio 1 Stage without Alice Glass – following her departure from the band in 2014 – while Maxïmo Park and Pulled Apart By Horses will provide stiff competition on the Festival Republic Stage. There is also a spot for pop duo AlunaGeorge on the BBC Radio 1 Dance Stage, ahead of the release of their second album later this year.

Saturday features even more big hitters away from the Main Stage, with Two Door Cinema Club headlining the NME/ Radio 1 Stage. They will follow hip-hop royalty as legendary rapper Nas prepares to bring his ten-album back catalogue to the event in what will be a UK festival exclusive. Kendrick Lamar was arguably the standout performance at Reading last year, but if anyone can top him, it’s the man responsible for Illmatic.

There is also an star-studded line-up across the weekend on the alternative stage, for those who like to intersperse the music with comedy, with Russell Howard, Lee Nelson, Bill Bailey and Katherine Ryan ready to provide the laughs. So, everything is in place for another varied and action-packed weekend at Reading Festival – let’s just hope the weather is kinder to Little John’s Farm than it was to Worthy Farm.

The Reading and Leeds Festivals 2016 take place from 26-28 August 2016. Tickets and further information can be found here.