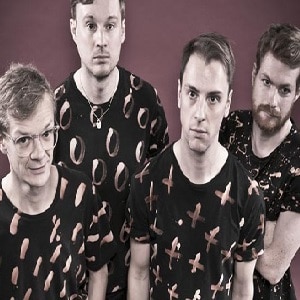 Cambridgeshire’s Secret Garden Party marks its 10th edition this year and there are no signs that the famously eclectic festival is going to swap its tie-dye and face paint for a sensible business suit and tie any time soon – despite its exponential growth and popularity over the years.

One of the original ‘boutique’ festivals, Secret Garden Party was launched in 2004 in reaction to the increasing corporatization of the mainstream events, and takes an immersive approach to the festival experience, with each year having a particular theme – this year’s being ‘Superstition’.

At other events, time spent not watching the bands is usually passed wandering aimlessly across a barren field in knee-deep mud while trying to enjoy your overpriced, lukewarm lager; in the stunning landscaped surroundings of Secret Garden Party, you’re more likely to find yourself in a giant, Holi-style powder-paint fight, or taking a gentle turn round the lake in a rowing boat.

This year it’s all happening on 25th-28th July, with the festival’s organisers curating another heady mix of critically acclaimed acts, varying widely in genre and fame but all chosen seemingly for their artistic merit rather than as big name draws. It all kicks off on the Thursday, with The Wytches and their garagey psychedelia the probably best known of the smaller acts playing the Where The Wild Things Are and The Crossroads stages.

Friday has perhaps the best-known acts of the weekend, electropop golden boy Bastille and blues-rock urchins The Strypes warming up the Great Stage for the eccentric art rock of Django Django. With their irresistible tunes and a host of light effects that make good use of the band’s art college background, Djangos are undoubtedly one of the best live acts in the country right now, and are not to be missed.

Saturday night has more of a dance bent, headliners Faithless preceded by 2manydjs, the alter-ego band of Belgian electro duo Soulwax. Further down the bill on the Great Stage we have the ambient dream-pop of Youth Lagoon and Willy Mason’s compelling acoustic balladry, while Where The Wild Things Are hosts acts as diverse as soulful synthpopper Chlöe Howl, bluesy rock and rollers The Family Rain, and Big Deal’s pretty guitar-strumming double-act.

Sunday’s line-up cracks out the reggae to wind the festival down in chilled-out style, with legendary dancehall deejays David Rodigan and Big Youth and classic reggae artist Winston Francis all appearing on the Great Stage before Regina Spektor’s headline set. Things are similarly down-tempo over on Where The Wild Things Are, grungey buzz-band-of-the-moment Wolf Alice the only out and out rockers in a lineup that includes Eliza and the Bear and Paul “Bonehead” Arthur’s post-Oasis project Parlour Flames.

With a host of theatrical performances, art installations and other activities going on during the festival, there’s plenty to divert yourself with away from the music, too. Let’s hope this sunny weather holds out, for a festival experience that’s just a little bit different from everything else you’ve ever been to.