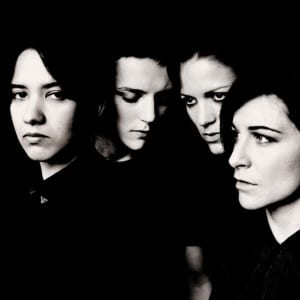 Field Day returns for its ninth outing in June. Now sprawling over two days in east London’s Victoria Park, it’s carved a reputation for being one of the best city festivals, with a line-up packed with big names and up-and-coming acts.

Pulled together by promoters Eat Your Own Ears, there’s plenty going on besides the packed line-up, with a village fete, tug-o-war, competitive eating contests and lots of sideshows. When the sun shines on Field Day, there’s no place better, with a laid back party atmosphere that’s utterly infectious.

Our five of the best at Field Day…

1. Patti Smith & her band
The legendary Patti Smith will be making a rare festival appearance to play her 1975 album Horses in its entirety. Forty years since its release, we’re expecting big things from Smith, whose performances haven’t become any less impassioned with age. We’re especially excited for that goosebump-moment when Gloria echoes throughout the park.

2. Caribou
If any artist personifies Field Day it’s Dan Smith – aka Caribou. Making his fourth appearance under this moniker and Daphni, he always seems absolutely at home in Victoria Park, and his headline slot on Saturday will surely see him crowned unofficial king of the festival.

3. Ride
Perhaps an unlikely inclusion, Ride defined the shoegaze scene of the early 90s until their demise in 1996. They reunited late last year, and their first live show as Ride II was at Coachella in April. So this is a prestigious early outing for the reunited foursome, fizzing with expectation and anticipation, the set will close the festival on a high.

4. Savages
We were delighted to see Savages nestled amongst the electro-heavy line-up. Their debut album dropped in 2013, released by Matador, and lived up to everything their early outings promised; their dark post-punk has a blistering industrial undertone which is very, very loud.

5. Field Day Spotify
If you’ve ticked off our must-sees and the line-up still seems overwhelming, click over to the festival’s Spotify playlists. They’re regularly updated, with a focus on specific stages, while Field Day Radio features special shows on some of the artists.