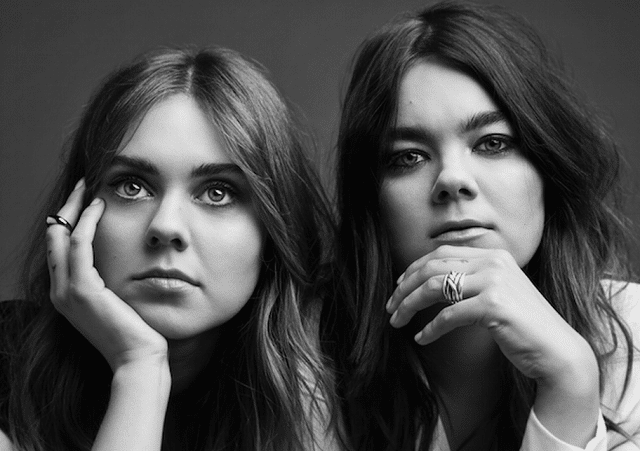 First Aid Kit will be at the Roundhouse on Thursday & Friday

The pick of this week’s gigs in London has a decidedly sisterly, European theme to it. First Aid Kit (fronted by Swedish sisters Klara and Johanna Söderberg)  play two nights at the Roundhouse in support of well received latest album Ruins. They’ve built on the success of 2014’s breakthrough album Stay Gold and only seem set to grow more popular. They’ll be in Camden on Thursday and Friday.

Down in south London meanwhile French twin sister duo Ibeyi play Electric Brixton on Wednesday. Second album Ash seemed to slip out fairly quietly last year, but this show should act as a good reminder of their sublime vocal harmonies and soulful sounds.

The early part of the week also sees shows by Poliça & Stargaze at Oval Space (we enjoyed album Music For The Long Emergency) and ex-Sonic Youth man Lee Ranaldo with his new band Electric Trim Trio at Hoxton Square Bar & Kitchen. Both play on Tuesday.

There’s plenty to choose from on Friday. Seun Kuti & Egypt 20 bring their afrobeat-charged sounds to the Electric Brixton, while over in east London you can find Thee Oh Sees no doubt further cement their already strong live reputation with a show at the Troxy. Friday also sees Soccer Mommy promote her debut album Clean with an in store show at Rough Trade East.

On Wednesday they also host the latest in their Rough Trade Recommends series where they champion emerging artists. This show will see Pip Blom, Mush and PicaPica take to the stage in Shoreditch. Entry is only £5.

Finally, there’s two shows at the Barbican worth checking out if you can get tickets. Roy Ayers has been releasing music that has straddled the worlds of jazz, soul, funk and more since the 1960’s. London has a chance to experience it on Saturday night (there’s decent support too from Nostalgia 77 and the Neil Cowley Trio). Sunday meanwhile sees electronic experimentalist Alva Noto play a new audio-visual work.

Courtney Barnett’s star continues to shine and she’ll be returning to London on 6th June to play the Roundhouse.

GoGo Penguin are another act who have experienced an incredible rise through London’s venues over the last few years – they’ve just announced a huge show at the Royal Albert Hall on 12th November where they’ll be playing from fine new album A Humdrum Star.

At the other end of the gig spectrum, Aidan Moffat and RM Hubbert will be appearing at the Moth Club on 23rd May to play from forthcoming collaboration Here Lies The Body.

We loved Natalie Prass’ debut album back in 2015 so are excited to learn she’ll be returning to London with a show at Bush Hall on 23rd April.

We started this week’s feature on a sisterly theme and we’re going to end on one also with the news that California sisters Haim will be playing Alexandra Palace on 15th June.