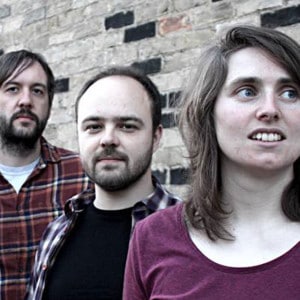 Indietracks is mecca for fans of all things indiepop and twee-leaning. Whether you want too ride an old steam train, dance to ’60s girl bands, pet an owl, learn a new craft, sup some local ale or even watch some of the world’s premier indiepop bands, this is the place for you.

Taking place in the grounds of Derbyshire’s Midland Railway Centre, camping is a mile or so down the road at a proper holiday campsite, so compared to many festivals, the facilities are verging on luxurious, with campsite showers, proper toilets and even a camp shop serving up cheesy chips late into the night. The owners even put up a disco tent, meaning the party carries on into the small hours.

1. Cinerama
Fronted by The Wedding Presents’ David Gedge, the band recently re-released a revamped version of the Weddos’ Valentina, so expectations will be high for some fan favourites. They’re headlining on the first night so it should be a great start to the weekend.

3. Martha
As heroes of the straight edge punk scene and indiepop scene alike, Martha fell foul of the organisers’ rule about not booking a band two years running in 2014, the year their debut album came out, so their appearance is much anticipated. Last year they managed to squeeze in an acoustic set at the merch’ tent but this time they’re headlining the indoor stage – and rightfully so.

4. The Darling Buds
Appearances by the ’80s indiepop legends are rare, with just a handful of shows since they reformed for an apparently one-off show in 2010. And where better for them to play one of these sought after shows than a festival that surely wouldn’t have existed without them and their peers?

5. Mammoth Penguins
Standard Fare are surely set to go down in indiepop history as one of the scene’s great lost bands, having split in 2011 after releasing two albums in two years. A key part of the appeal was singer Emma Kupa’s snarling voice, so it’s exciting to have her back – both with a solo set in the church and front her newish band, Mammoth Penguins, whose debut album, Hide And Seek, is just out this month.