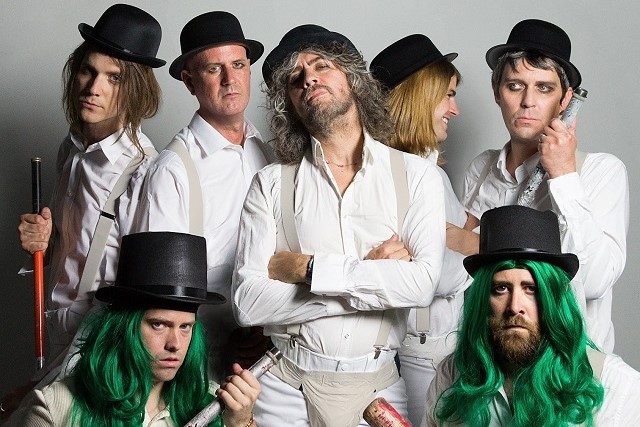 The Flaming Lips will headline Kaleidoscope on Saturday at Alexandra Palace

This week seems to be the one where the festival season starts to fully take its toll on London gigs. There might not be as much happening as usual but there’s still a few shows worthy of investigation.

Saturday sees the new Kaleidoscope festival take place at Alexandra Palace. The Flaming Lips are headlining with support from the like of The Go! Team, Ghostpoet, Mystery Jets and Beth Orton. Over at the Royal Festival Hall on Saturday night you’ll find Malian duo Amadou & Mariam. Their shows are always life-affirming, joyous occasions and this should be no different. We’re looking forward to seeing them headline WOMAD later this month.

On Friday meanwhile the Barbican hosts a show from Keaton Henson and the Britten Sinfonia that will see the world premiere of Henson’s new ‘multi sensory’ piece Six Lethargies. Another show we’re excited about is the return of Pram who will be previewing forthcoming album Across The Meridian with a show at the Lexington on Sunday.

Earlier in the week highlights include Colombian psychedelic electro-cumbia outfit Bomba Estéreo playing XOYO on Monday and Pearl Jam at the O2 Arena on Tuesday. Finally, Wednesday has Mt Joy appearing at Paper Dress Vintage over in Hackney and Even As We Speak playing an in store to celebrate Sarah Records at Rough Trade West.

It’s been another busy week for new gig announcements. Two names we haven’t heard from in a while will be in London later this year. Canadian singer Patrick Watson is the latest artist to confirm a show at new venue Hackney Arts Centre (he’ll be playing on 10 December) while Mull Historical Society will be appearing at the Borderline on 2 October in support of forthcoming album Wakelines (which is being produced by Bernard Butler).

The Twilight Sad meanwhile follow up their recent appearances supporting The Cure with a new date at Bush Hall on 27 November. The Lemon Twigs will also be returning to London to play two low key shows ahead of their appearance at the Green Man festial. They’ll be at the Lexington on 14 & 15 August.

Finally, maverick ex-Make Up man Ian Svenonius returns under the name of ESCAPE-ISM with a show at the Moth Club on 13 September.