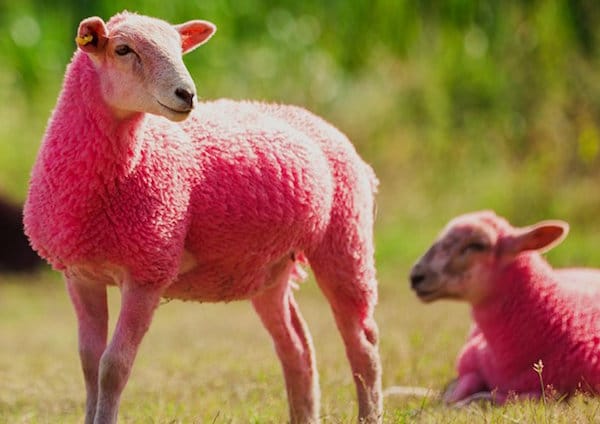 Sometimes you just look at a festival line up and go: “Cor. That’s a handsome thing. A well-balanced thing. A thing that on reflection, you’d really like to see.”

That’s how it is with Latitude 2016. There’s a bit of fresh blood – The Maccabees – continuing Latitude’s aims of giving a band a chance to make the final step to being the biggest font on the poster. A bit of nostalgia – New Order – fresh from winning Glastonbury despite committing what you’d imagine would have been the cardinal sin of not being Adele on a Saturday night.

And a bit of something else. Namely The National. Doing their only UK show of the year. Which is exciting. But not as exciting as the fact that it’ll mean that The National are the first band ever (ever) to headline Latitude twice (twice). Or the fact that they’re almost certain to play some new material.

So that’s something new, something old and, given The National’s proclivity towards harmonic melancholy, something slightly blue. And that’s just the headliners.

Here’s a list of musicOMH’s set of stuff and things (that aren’t The National) that we’re particularly looking forward to seeing over the course of the weekend.

The Act Who Was Booked Before A Summer Convincing Everyone That She’s Wonderful And Now Seems Ridiculously Low On The Bill.

Fresh from Glastonbury (and Graham Norton), Christine And The Queens will no doubt continue her unstoppably effortless rise to be held in the utmost affection by everyone who sees her.

The Act That Makes You Go Hey, Didn’t You Used To Be In Fuck Buttons?

The last album from Blanck Mass (aka Benjamin John Power), Dumb Flesh, was described by its maker as a “comment on the flaws of the human form in its current evolutionary state”. Missing out the footnote where he mentions how that sounds like a dizzingly exciting dystopian rave.

The Act Who You’re Least Likely To Wear The Same Outfit As.

Friday night’s alright for hyperkinetic, avant-garde pop. As Elton John would have likely sung had Bernie Taupin been a day late and able to work out what rhymes with hyperkinetic. Yay, Grimes.

The Act Who You’ll Pack More Ideas Into One Song Then Some Will Pack Into An Entire Set.

The Act That Makes You Go Hey, Didn’t You Used To Be In Slowdive. And Mogwai. And Editors?

The (sort of) supergroup consisting of Rachel Goswell (Slowdive), Stuart Braithwaite (Mogwai), Justin Lockey (Editors) and his brother James (currently unattached) produced an album which sort of managed to sound like all of their day-job bands put together. Which is an extremely cinematic, extremely epic, extremely appealing thing.

The Act Who Was The Voice Of That John Lewis Christmas Adv…BUT NO, WAIT HONESTLY IT’S MUCH BETTER THAN THAT

Seriously, Aurora‘s debut release All My Demons Greeting Me As A Friend is very good. At least half a world away from Half A World Away, it’s darker, spookier and a hell of a lot more peculiar than you may have assumed.