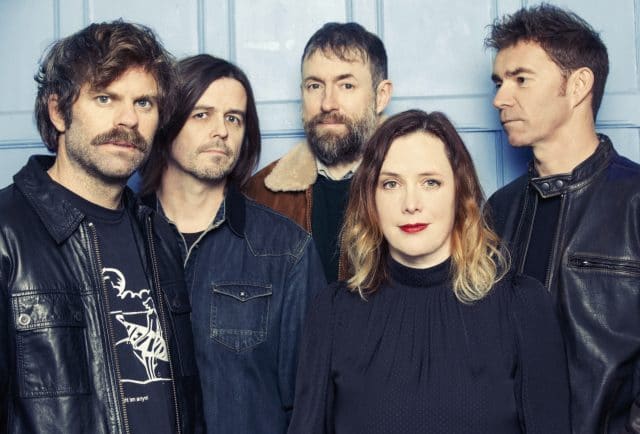 Slowdive, who will be at Field Day this year (Photo: Ingrid Pop)

Festival season is upon us again, and, if you’re willing to pack a tent and do a bit of travelling, the choice in 2017 is as overwhelming as ever.

But if you haven’t washed last year’s mud off the canvas yet, or if you’d prefer a decent night’s sleep, there are plenty of London festivals you can enjoy with little more than an Oyster card and – let’s be honest here – an umbrella.

Here are six of the very best in London festivals over the coming months.

What: The 11th Field Day may be a single day this year, rather than taking up the whole weekend, but it’s as packed as ever. There are nine stages in all, including the debut of an imposing, hangar-like structure dubbed The Barn.

Why: Teased with scratchcards handed out at last November’s Independent Label Market, this year’s Field Day sees the first UK performance in five years from Aphex Twin. He’ll be streaming his set as he performs, while reformed shoegaze royalty Slowdive headline the Crack stage. The rest of the line-up takes us from psych-rock to hip-hop to motorik drone and back again, and there’s sure to be the usual mix of street food, craft ales and village green shenanigans. If the rain we saw last year holds off, this Field Day could be one of the best yet. And if it doesn’t? Well, we’ll see you in the Barn!

What: Joining previous directors including the likes of Ornette Coleman, David Bowie and Patti Smith, M.I.A. is curating this year’s 24th Meltdown Festival.

Why: It’s sure to be a vibrant, diverse and challenging collection of gigs, talks and art installations.

What: Starting in 2010, and getting bigger every year, Bushstock has a well-earned reputation as an ideal place to catch all the next Next Big Things.

Why: Among all the new acts, there are a few more established names in this year’s line-up, including the brilliant The Big Moon, along with The Staves, Nick Mulvey and Island. It’s also a great way to see some of the best venues West London has to offer.

What: Growing from a small club night started by Groove Armada into the weekend-straddling party monster we know today, Lovebox is a joyous riot of colour and noise. This year’s 15th outing should be no exception.

Why: The festival is tagged #15YearsofLove this year, and the vibes could be even more positive than ever. Apart from anything else, where else can you see Frank Ocean, Solange and DJ Jazzy Jeff?

Tickets: £115.00 for Friday & Saturday from www.loveboxfestival.com

What: Nestled beside Lovebox on the same (hopefully!) warm, mid-July weekend, Citadel is into its third year and is really making a name for itself with the London summer set as a one-dayer that’s not just about music.

Why: It might be more reflective, contemplative even, than Lovebox, but really you can make whatever you want of Citadel this year, whether it’s street food and Foals, ’80s fitness at the Spandex Stage then kicking, jumping and twisting to Sylvan Esso, or just relaxing with news and cultural chat in the Sunday Papers Live tent before catching Aldous Harding and Laura Marling.

What: This two-day musical feast is a great way to see out the summer, showing that London festivals happen south of the river, too.

Why: With all those cookery demos and high-end street food options, it might have a distinctly foodie feel, but the line-up at this family-friendly South East London jaunt is anything but an afterthought. Previous years have seen the likes of Primal Scream, Manic Street Preachers and Massive Attack appear, while this year’s selection – including Travis giving their 1999-dominating The Man Who an airing – should go down nicely with a glass of champagne and a visit to the John Lewis Food Village. Chin-chin!