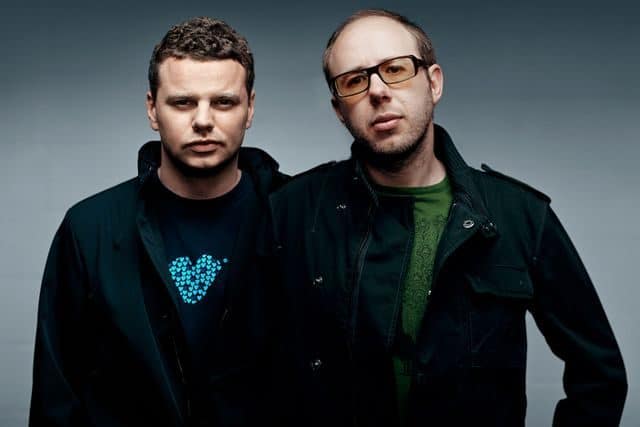 The Chemical Brothers headline the opening day of All Points East 2019.

Another excellent selection of festivals takes place in London this year, featuring both established names and promising newcomers. As it’s that time of year when plans are being finalised, read below for some of our recommendations. Watch out for our UK festivals preview later in the month.

After the success of last year’s inaugural event All Point East returns to Victoria Park in east London for a second set of shows over two weekends.

The first weekend is opened with a show headlined by The Chemical Brothers, currently riding high again on the back of excellent latest album No Geography. They’ll be joined by a varied line up which collects both experienced and youthful acts. The likes of Hot Chip, Primal Scream, Spiritualized and Róisín Murphy will rub shoulders with Kate Tempest, Little Simz and Petite Noir in what should be a strong opening day. The following day sees The Strokes head a more guitar-orientated bill that also features The Raconteurs, Interpol, Parquet Courts, Courtney Barnett and Anna Calvi. The first Sunday sees Christine And The Queens (now simply known as Chris) top the line-up with a strong supporting cast of James Blake, Metronomy, Beach House, Kamasi Washington and others.

The second weekend sees Bring Me The Horizon headline the Friday (Run The Jewels and IDLES are other names to look out for), Saturday brings Mumford And Sons, Dizzee Rascal and The Vaccines to east London (watch out for the likes of Marika Hackman, The Staves and Jade Bird further down the bill) and Sunday sees Bon Iver, First Aid Kit, John Grant and Ezra Furman take to the stage alongside several others.

All Points East takes place at Victoria Park over the weekend of 24-26 May and 31 May to 2 June. More information here.

It has been a period of change for Field Day over recent years and this continues in 2019 as the festival takes up home at a new location in north London. The Drumsheds comprise four giant, interlinked, warehouses with capacities of up to 10,000 inside along with 10 acres of outdoor space. Located in Meridian Water, next to Tottenham Marshes they were previously used as a gasworks site from 1930’s to 1970’s but have been dormant and unused since.

2019 also sees change and progress in terms of the line up. Last year’s event in Brockwell Park saw evidence of this gradual moving of focus with its focus on young jazz acts and this year’s event sees similar sign of evolution while retain some core Field Day elements.

The Friday is headlined by Skepta and also features the likes of Jungle, Earl Sweatshirt, Deerhunter and Femi Kuti not to mention returning Field Day favourites like Modeselektor, Julia Holter and Death Grips. The Saturday boasts a headline spot from Jorja Smith and a packed undercard comprising the likes of Diplo, Pusha T, Octavian, The Black Madonna, Tirzah and Skee Mask. Both dates also have a late night line ups which see the action continue until 3am in the main warehouse space.

The Somerset House Summer Series returns this year with another strong line up in the venue’s beautiful open-air courtyard on the banks on the Thames. Over the course of eleven nights it will play host to the likes of Doves, Sons Of Kemet, The Internet, Rosalia, Nao, The Gossip and The Good, The Bad and The Queen. It is one of the best and most varied line-ups they have had in years and offers music fans the chance to get the festival experience with a degree of comfort (there’ll be no muddy conditions here, regardless of the weather).

It was always going to be something of a challenge for the Southbank Centre to match last year’s Meltdown event curated by The Cure’s Robert Smith so it’s not a surprise therefore to see them choose a figure from a very different part of the music world, namely Nile Rodgers.

The initial line up announcement features some names you’d half expect to appear but there’s also some interesting, less familiar names of the bill. The eleven-day long festival sees Rodgers perform with Chic, Thundercat bring his collaborative funk to the Royal Festival Hall and Dave Stewart putting together a collection of artists to play the songs of The Eurythmics. There’s also some names that might be new to many, including singer/DJ/producer SOPHIE, Brazilian pop star Anitta, London-based Afrobeat eight-piece KOKOROKO and Malian guitar troupe Songhoy Blues. The Southbank Centre is set to be the place to be once again over the summer.

Lovebox is now in its 18th year and will once again take place at Gunnersbury Park in south-west London. The line up does what Lovebox does best – bringing together an array of names from the world of electronic, dance and hip hop. Securing Solange as a headliner is a real coup and she will be joined by Chance The Rapper, Giggs, Four Tet, Cypress Hill performing Black Sunday, Lizzo, Slowthai, Kaytranada, Loyle Carner and more.

There’s not many festivals that can compete with BST Hyde Park’s ability to pull massive names to London and this year sees them offer a strong selection. Bob Dylan and Neil Young arguably is the double-bill of the year, The Stevie Wonder’s Song Party should be one of the feelgood shows of the summer and Florence & The Machine headlines the ‘alternative music’ day that also includes The National, Lykke Li, Khruangbin, Nadine Shah, Aldous Harding and Let’s Eat Grandma. Other names set to appear include superstars Celine Dion, Barbara Streisand and Robbie Williams.

Citadel returns to Gunnersbury Park again this year with a line up that includes Catfish & The Bottlemen, Bastille, Friendly Fires, Tinariwen and the hotly-tipped DC Fontaines. It also has a dedicated programme of Science, Arts, Family and Fitness events taking place. If you’ve never been to a festival in London but always fancied going and want to start off somewhere relatively relaxed this could be the one for you.

Mighty Hoopla proudly calls itself London’s pop music festival and it’s not hard to see why. They promise a “flamboyant celebration of London’s alternative club culture” and this year boasts a line up that should appeal to a wide age group. The headline spot is filled by Chaka Khan and lower down the bill you’ll find Bananarama, All Saints, Cathy Dennis – writer of Toxic, Can’t Get You Out Of My Head and much more besides, making a much anticipated return to the stage – and Confidence Man, Jamelia and Kate Nash. 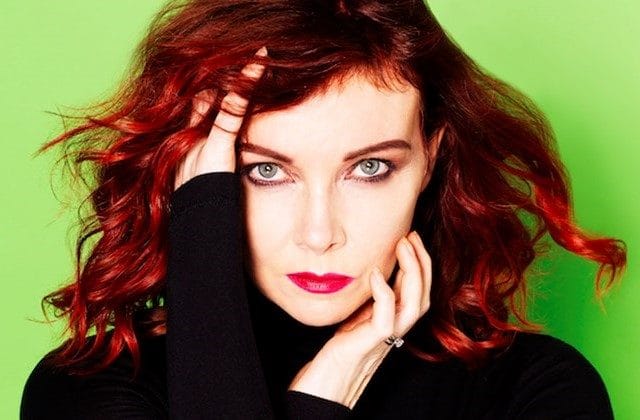 Cross The Tracks is a brand new festival that will be taking place at Brockwell Park on they day after Might Hoopla. They share a headliner (Chaka Khan) but the rest of the line up veers more towards classic soul/funk and new jazz sounds (indeed, they call themselves “Brixton’s jazz, soul and funk feast”). Martha Reeves and The Vandellas and Masego are also on the bill while the praise lavished on the new album by The Comet Is Coming should mean they are one of the main attractions. The likes of Jordan Rakei and Nubya Garcia are not to be missed either.

Visions festival once again returns to London Fields in August and this year’s line up proves that the multi-site event is going from strength to strength. Anna Meredith, White Denim, Pigs Pigs Pigs Pigs Pigs Pigs Pigs, Demdike Stare, Ice Age, and Imarhan are some of the more established names while they also continue to champion new acts such as Squid, Shygirl, Rina Mushonga, Steam Down and Black Country, New Road. The shows will take place at the likes of Oval Space, the Sebright Arms, and The Pickle Factory. If that isn’t enough the Visions dog show will be returning again this year! 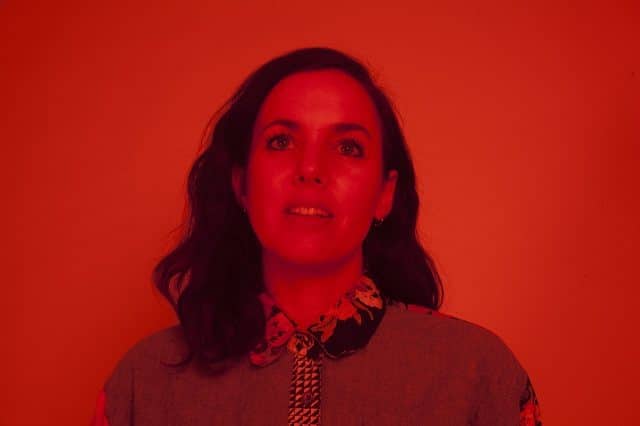 It might still be some time away but Mirrors is looking like a festival to keep in mind for later in the year. It’s another multi-site festival but this is based in Camden (at the Roundhouse, Dingwalls and the Camden Assembly). Phoebe Bridgers is undoubtedly the main draw but the likes of American Football, Turnover, Sheer Mag and Big Joanie prove there’s lots more worth seeing.

Naked City is another new festival hitting London this year. Their aim to emulate the diversity and creativity of London may be high but the line up suggests it is well within their reach. Headliners include Neneh Cherry, Kamaal Williams, Ezra Collective, LTJ Bukem, Fatima and Ata Kak and they’ve got a strong lower card also that pulls together some of the best names in soul, jazz, dub and house. 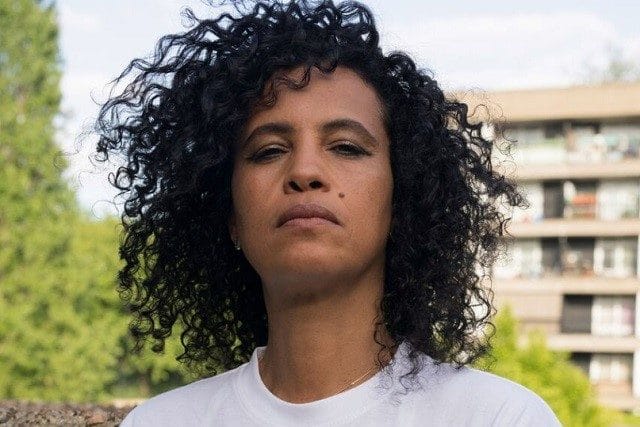 If you like your festivals to be more guitar-driven then Camden Rocks might be the one for you. It promises 400 bands over 20 venues and is headlined by Frank Turner and Deaf Havana. Further down the bill you’ll find Ash, The Wonder Stuff, Pigeon Detectives, Wheatus, New Model Army and Carl Barat and (many) more.

Walthamstow Garden Party is always a fun day out and this year should prove no exception. The Barbican help curate the line up and this year sees female soul artists dominate – Carleen Anderson, Zara McFarlane, Mayra Andrade and Tassa Reis will all be appearing. Twelve-piece Columbian chart-toppers LA-33 will also be heading to E17 as will experienced festival types Renegade Brass Band. Also, it’s all free!

The Ends is another new festival that is due to take place at another Lloyd Park, this one south of Croydon. The programme centres on reggae, hip hop and urban sounds, taking in the like of Nas, Wizkid, Damian ‘Jr Gong’ Markey, De La Soul, Kojey Radical and more. Don’t be put off by the location – see it as a chance to also experience London’s trams if you’ve never done so to date!

The Ends takes place at Lloyd Park in Croydon from 31 May to 2 June. More information here.

South East London gets some live music action with two days of music and food on the heath, with Jamiroquai headlining the first day, and Grace Jones closing the event. Soul II Soul, Morcheeba, Aswad and Swing Out Sister are along for the ride, with more to be announced.