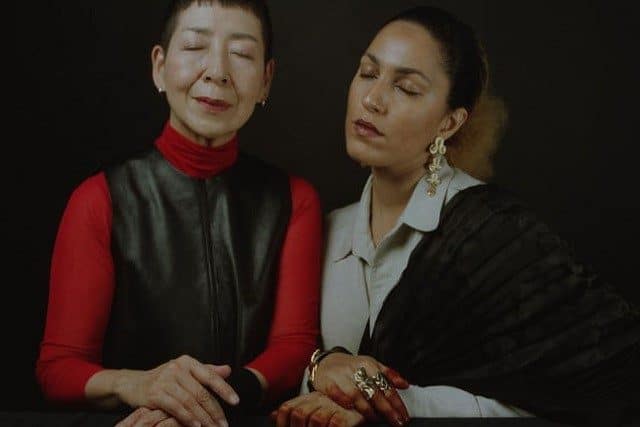 The back end of this week is loaded with gigs we’d like to be at. The Barbican have had an excellent few years on the contemporary music front and on Sunday their latest offering sees experimental musicians Midori Takada and Lafawndah premiere their new stage work Ceremonial Blue. Takada will be providing percussion to go alongside Lafawndah’s vocals and the performance will also feature Indonesian dancer Dian Bokir, and SAMGHA, a group of Japanese Buddhist monks no less. If you want to see something a little out of the ordinary this may be the show for you this week. Tickets and more information are available here.

American songwriter Steve Gunn operates in an altogether different musical environment and he appears at Oslo on Friday. His reputation has soared over recent years and current album The Unseen In Between looks likely to see that trend continue.

One artist that has impressed over recent years is Hannah Peel. Last year’s album Mary Casio: Journey to Cassiopeia was a superb, ambitious work that blended electronics with brass band music and she has just released Chalk Hill Blue, a very different album with poet Will Burns. It has been described as “a site-specific-non-specific record of creative place portraiture; an album that traces elements of a living landscape, and reworks them into something that is as sensitive and finely-observed as it is visionary”. They will be performing it at Cecil Sharp House in Camden on Thursday.

Thursday also sees the highly rated Julia Jacklin play a show at Electric Brixton. We really liked her new album Crushing, noting how it includes moments that are “simply heart-stoppingly beautiful”, and this show is likely to show off her many strengths. Piroshka are another band playing a show in the capital on Thursday. They feature former members of Lush and Elastica and they released their debut album Brickbat last month and will be playing songs from it at Oslo.

We recently saw pianist Kelly Moran play as part of Oneohtrix Point Never’s backing band at the Roundhouse last month and she plays a solo show at the Purcell Room on Friday. Read our review of her debut album Ultraviolet here. Friday also offers a chance to see Ex:Re, the solo project of Elena Tonra from Daughter. Last year’s eponymous debut album is characteristically beautiful and she’ll be promoting it at Union Chapel.