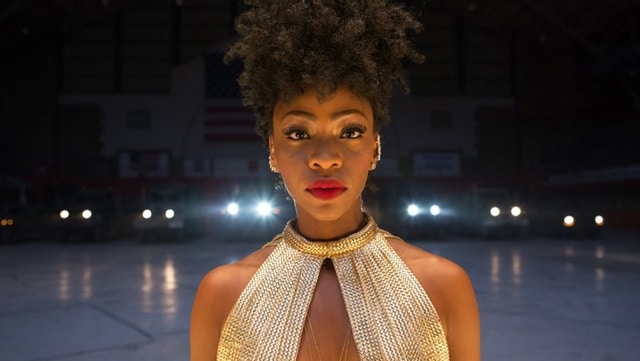 The 60th London Film Festival opens this week with 245 features and 144 shorts screened in venues across the capital over 12 days. As always, music makes a major contribution not just on the soundtracks but also in the subjects of the films themselves. This can be seen particularly in the ‘Sonic’ strand of 11 music-inspired films which include a rich mixture of fictional and factual movies with diverse backgrounds and themes.

In fact, this year the highest-profile music film (and one of the hottest tickets in the entire festival) is not contained within the Sonic strand because of its mainstream appeal and is instead one of the Headline Galas: La La Land. Starring Ryan Gosling and Emma Stone, and directed by Damien Chazelle (who made the thrilling jazz-drumming battle-of-wills drama Whiplash), it breathes new life into the genre of the romantic musical. Drawing on both the golden era of Hollywood MGM musicals and those of French auteur Jacques Demy such as The Umbrellas Of Cherbourg in an inventive way, the film is also a love letter to contemporary Los Angeles. 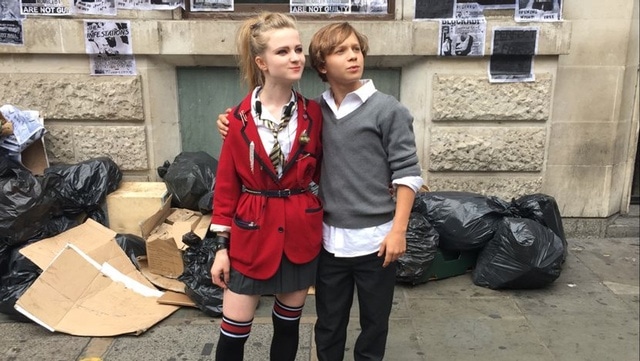 The Sonic Gala Chi-Raq is a very different kind of musical. Spike Lee has re-set Aristophanes’ ancient Greek comedy Lysistrata (about women going on sex-strike to prevent their men from waging war) in today’s gang-ridden Chicago’s South Side in the form of a hip-hop musical. The tone may be raunchy but the message is serious: there have been more gun-related deaths in Chicago in the last 15 years than in Iraq and Afghanistan combined.

Another fictional music film, London Town, also has a background of social, political and racial unrest. Set in London, in 1979, at the start of Margaret Thatcher’s divisive reign as prime minister, it’s a bittersweet coming-of-age story set against the explosive emergence of punk, featuring the music of The Clash, with Joe Strummer portrayed by Jonathan Rhys Meyers (who previously played a David Bowie-like character in Todd Haynes’s Velvet Goldmine).

Moving to documentary, Shot! The Psycho-Spiritual Mantra of Rock is a tribute to the celebrated rock’n’roll photographer Mick Rock who made his name in the glam-rock era snapping the likes of Iggy Pop, Lou Reed and Bowie, as well as creating iconic album covers and making music videos. The Man from Mo’Wax is another biographical portrait, this time of the enigmatic but influential James Lavelle, who established the eponymous indie record label as well as co-founding the evolving trip-hop band UNKLE. 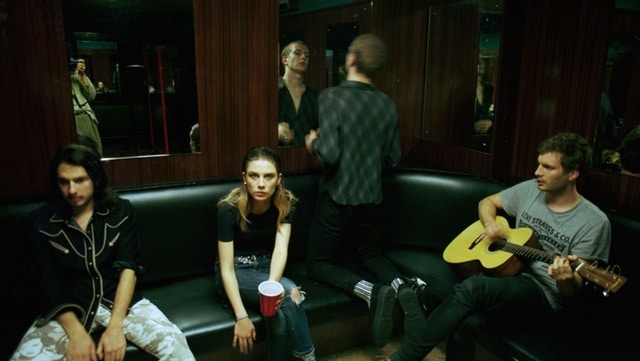 On The Road: Wolf Alice

The concert movie makes an appearance with On The Road, which follows the rapidly rising North London indie band Wolf Alice over a tour of 16 gigs and life backstage. It is directed by Michael Winterbottom, whose 24 Hour Party People re-created the Manchester music scene during the time of Tony Wilson’s Factory Records and Hacienda club. We Are X also revolves around performing live music, as glam-metal rockers X Japan (who astonishingly sold over 30 million albums before splitting in the late ’90s) reunite for a concert at Madison Square Garden in 2014. 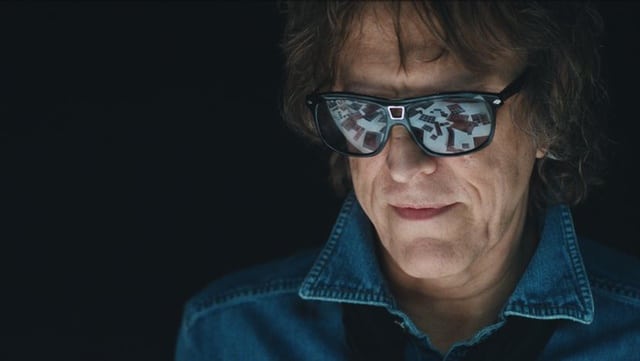 Shot! The Psycho-Spiritual Mantra Of Rock

Two documentaries show people involved in the music scene challenging repressive establishment norms and pushing back the boundaries as part of wider social change. Fonko travels through the electronic urban musical underground of Africa, with added words from Afrobeat pioneer and activist Fela Kuti. And Jewel’s Catch One tells the history of LA’s first black LGBT disco, which defied the odds by thriving for 42 years after opening in 1973. Junction 48 also deals with socio-political themes but in a fictional format in a story about a Palestinian rapper living in Israel struggling to overcome prejudice.

Going way back into the archives, Minute Bodies: The Intimate World of F Percy Smith pays tribute to the naturalist, inventor and pioneering early 20th-century film-maker with his original footage accompanied by a new score from Nottingham’s Tindersticks. And King of Jazz is a restoration of the ground-breaking Technicolor 1930 musical, with elaborate production numbers that anticipate Busby Berkeley, featuring a host of musicians including Paul Whiteman and Bing Crosby. Eighty-six years on, it seems the film musical still has plenty of life left in it.