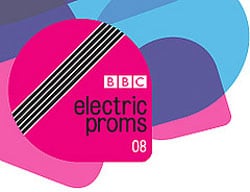 The third BBC Electric Proms gets underway this week. Five nights of collaborative music and film projects and talks will be staged in Camden, but this year the action extends to Liverpool, Culture Capital of 2008, too. The question is, by extending the programme of events over two cities for the first time, is the programme spread too thin?

Instead of the Camden takeover of 2006 and 2007, a maximum of four events take place in NW1 at any one time, with Liverpool enjoying one or two gigs per night – and the opening night’s single event there, Tony Christie, is by invitation only. As the world’s financial systems implode from day to day, perhaps it’s a sign of the times.

Yet the quality and diversity of those gigs remains the Electric Proms’ selling point: there’s really something for everyone.

Legendary lounge lizard Burt Bacharach and the BBC Concert Orchestra open the festival at the Roundhouse on Wednesday 22nd October, with guest vocalists including Adele. Meanwhile the Roundhouse Studio hosts XX Teens and Goldfrapp take to the floor of the all-seater Cecil Sharp House with their current folky incarnation.

Down the road at KOKO, a seven-hour extravaganza will arguably be the most interesting event of the night. Africa Express, a loose collaborative exercise between African and Western musicians that has previously appeared in Liverpool and at Glastonbury, features Baaba Maal, Toumani Diabaté and Amadou And Mariam for Africa and Johnny Marr, Foals and The Magic Numbers from these shores.

Thursday 23rd sees a head-to-head between The Streets at the Roundhouse, with support from Santigold, Keane at KOKO and Steeleye Span‘s Maddy Prior at Cecil Sharp House. The annual Peel Night this year moves to Liverpool, with Rolo Tomassi and Milanese taking to BBC Merseyside’s stage.

London has just one published gig on the Friday – Nitin Sawhney. The multi-instrumentalist played the Roundhouse Studio in the inaugural Electric Proms and headlined his own Prom at the Albert Hall last year. He’ll be showcasing new album London Undersound with regular and new collaborators including Anoushka Shankar.

In Liverpool, Steve Lamacq hosts another of those invite-only specials, while Alex Turner and Miles Kane’s The Last Shadow Puppets take to the stage of the Philharmonic Hall.

Saturday is the busiest night, with four London shows and two in Liverpool. The Bee Gees‘ Robin Gibb headlines a Saturday Night Fever evening at the Roundhouse, with Boyzone‘s Ronan Keating and Stephen Gately taking turns at the mic along with Sam Sparro, Gabriella Cilmi and sometime Texas face Sharleen Spiteri. In Liverpool it’s Razorlight‘s turn at the Philharmonic Hall while an ages 14+ gig at the Barfly features Kitty, Daisy & Lewis and Esser.

Sunday at the Roundhouse is given over to Oasis, supported by Glasvegas, with the Crouch End Festival Chorus roped in. But Lowkey‘s set at the Roundhouse Studio could well feature unexpected guests. He fronts supergroup Mongrel, which includes various members of Arctic Monkeys, Babyshambles and Reverend And The Makers, after all. Over at the Proud Galleries it’s the turn of Pete And The Pirates to get the party started.

With the BBC’s unrivalled multimedia coverage of all events spanning BBCi and the iPlayer as well as radio and TV, if you’ve not got tickets for the events you want to see at least you won’t miss them. And, with Liverpool’s co-host status, for once London doesn’t get all the fun. But as the festival changes its shape, it’ll be the individual events that make or break perceptions of its third year. Happily then the talent set for showcase is as strong as ever.