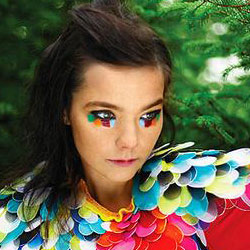 For most, Bestival signals the end of the festival season and the end of the summer. But far from a sombre affair, Bestival’s party atmosphere is fuelled by fancy dress Saturday, not to mention a line up that this year boasts headliners others cant.

Rob da Bank has once again lovingly nurtured his Best Major Festival-winning baby, crafting another edition at the Isle of Wights Robin Hill Country Park. Aside from the mouth-watering bill are must-sees like the Time For Tease afternoon tea and burlesque tent, The Wishing Tree pub, Underground Restaurant, plus the new Roller Disco.

But the talk of the town is of the duo topping Saturday and Sunday’s bills – Björk, who’ll surely showcase work from new album Biophilia and The Cure, bucking da Bank’s trend for placing legends on his bill. And while Fridays ahem “equivalent” might be Pendulum, by the time they perform, the Main Stage will have already featured two coups in the shape of Public Enemy and Brian Wilson, who has confirmed this will be his last ever UK live appearance.

For many, there is much more to Bestival than its bands. Not least being fancy dress Saturday, adding an extra layer of carnival buzz that this year is sure to feature more than a handful of Madonnas, Princes and folks in Beatles garb, thanks to the rock stars, pop stars, and divas theme.

It’s that funhouse, bohemian feel that makes Bestival quite magical. This year, Scroobius Pip has programmed a spoken word line up in the heart of the brand new Ambient Forest, which will also see yoga juxtaposed with Tom Middleton’s chilled beats. And thats just a short hop from the madness of the Ballroom Field and Bollywood Tent where Pete Tong and Fatboy Slim are among the weekends acts. The Womens Institute are back to line stomachs with all things baked, while Bestivalleys Bandstand plays host to a number of the weekends more folky additions.

On Friday, dance pop Aussies Cut Copy make a rare festival performance on the back of Zonoscope, as do Mogwai with post-rock to follow album Hardcore Will Never Die, But You Will. Yuck’s grunge is an early feature for the main stage, and elsewhere Ghost Poet will no doubt draw a crowd following reams of critical acclaim about his debut. And Friendly Fires will top Fridays Rizlab Arena, having curated their own bill for the day.

Meanwhile fancy dress Saturday features a fitting crowd-puller in the shape of PJ Harvey, following her Mercury Music Prize nomination for Let England Shake. Shell be joined on the bill by iconic acts Paloma Faith, Grandmaster Flash, and yes, The Village People. Annie Mac has called upon an army for the Big Top, in the shape of DJs including Toddla T, Diplo, and Carte Blanche aka DJ Medhi and Riton, plus 2011s comeback kings Primal Scream. Meanwhile the Psychedelic Worm paves the way for Metronomy and Tom Vek these just two of a long list of possibilities over the weekend. Sundays Main Stage is ruled by the female of the species, with Robyn and Kelis precluding Björk, and theres also chance to see James Blakes atmospheric post-dubstep.

One word of warning: woe betide those festi-goers who fail to surpass the business end of the line up. Those that dont simply fail to grasp what Bestival is really about. Beyond the obvious, this is an independent festival that has a similar vibe to Glastonbury, only without the hours of walking; its utterly left of field features induce wide-eyed moments of wonderment, while its ostensibly chilled atmosphere simply cannot be captured by other, more commercial counterparts.

Bestival takes place from 8 to 11 September 2011 in Robin Hill Countryside Adventure Park, Isle of Wight. Tickets and further information are available from Bestival.